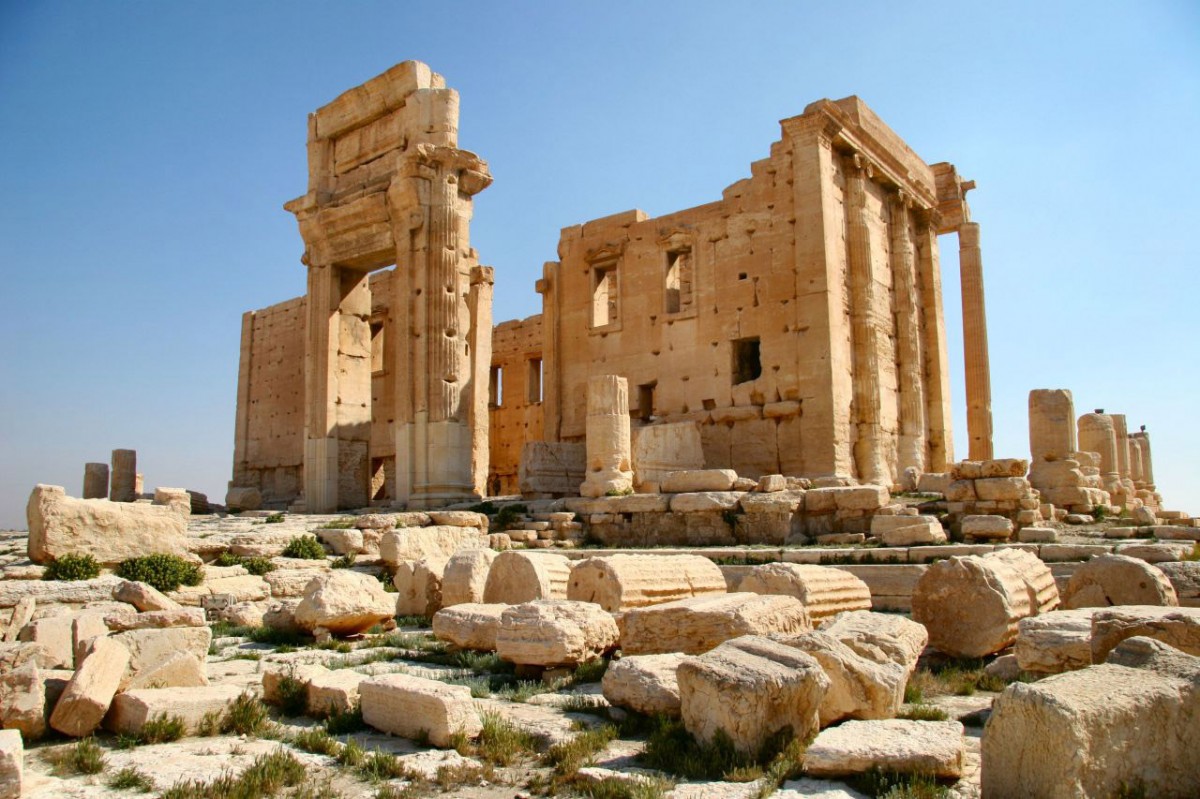 The Syrian army has been laying siege to the ancient city of Palmyra, a world heritage site, since early February and shooting at anything that moves from a historic citadel, residents say.

“Palmyra is surrounded by the army from all fronts: the Arab citadel, the olive and palm tree groves, the desert, the city,” one resident told AFP by telephone, adding that the operation began on February 4.

Security forces have set up camp in the citadel which overlooks the Roman ruins and the city of some 60,000 people, said the resident who asked not to be identified for fear of reprisals.

“Machinegun fire rains down from the citadel at anything that moves in the ruins because they think it is rebels,” he added.

Palmyra’s pristine Roman ruins set off by dramatic desert sunrises and sunsets have earned it the status of a UNESCO protected world heritage site.

It was a key tourist attraction in Syria before unrest against the regime of President Bashar al-Assad erupted 11 months ago. Human rights groups say more than 6,000 people have been killed in the country since mid-March last year.

Other Palmyra residents told AFP said that hundreds of people have fled the city for safety after reports emerged that several local figures have been killed by regime forces.

Adnan al-Kabir, whose family owns the Al-Waha (Oasis) Hotel in the heart of the city, was among three civilians killed by the army, three different sources told AFP.

A YouTube video shows Kabir with a wound to the head apparently caused by gunfire. Friends who knew him identified Kabir in interviews with AFP.

“The majority of the young men have left or are trying to leave, fearing detention. Only elders and state employees stayed behind,” said another resident who managed to sneak out of Palmyra.

Women and girls have been spirited off to safer locations for fear they would be raped by “soldiers who hold nothing sacred,” he said, speaking from a neighbouring country.

Although communications with Palmyra were severed at the start of the campaign, those residents who have managed to get out spoke of daily machinegun and tank fire.

Hundreds of people have fled from the desert city that carved its place in the history books as a caravan stop on the ancient Silk Road and as the home of legendary Queen Zenobia who defied Rome in the third century AD.

“People related and unrelated to rebels are fleeing because security forces are detaining people at random,” said one resident who fled to neighbouring Jordan.

He said he saw tanks and checkpoints all around the city.

Security forces have also set up checkpoints within Palmyra itself, stopping traffic at gunpoint, checking cars and detaining men between the age of 20 and 40, said another resident who escaped from the city.

“Many people have disappeared, we don’t know if they are dead or detained,” said the 31-year-old who was able to get out after five days of siege.

Tanks were also deployed near the Roman ruins at the entrance to Palmyra — a desert city known as Tadmur in Arabic.

“All our resources are concentrated in the gardens: our olives, our dates,” said one resident who fled after security forces stormed and destroyed his garden.

“The gardens near the ruins were hit the hardest. People will have to plant again and wait for 10 years before they see a good season again,” another man said.

Until this month Palmyra had been spared the deadly violence in the Assad regime’s crackdown on dissent, according to activists.

“There was an unspoken understanding between authorities and residents that security forces would stay out of Palmyra if the city behaved,” one resident said.

Residents say Palmyra’s fate was decided after a Sunni general in charge of security in the region was replaced by an Alawite from Assad’s community.