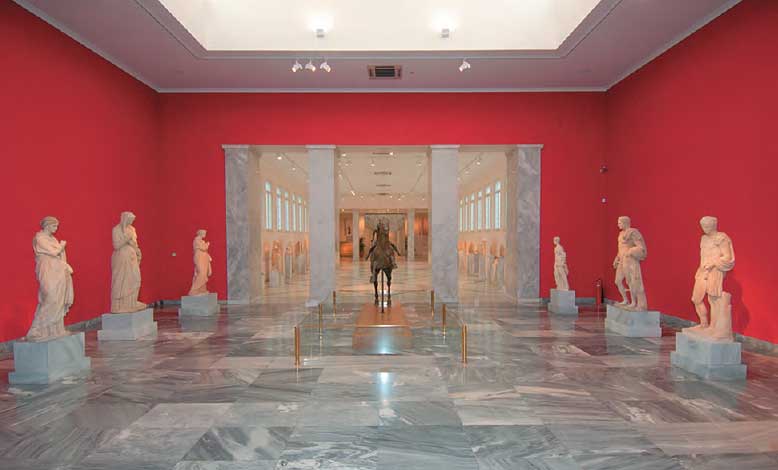 At the helm of the “world’s best archaeological museum”

Mr. Kakavas, who took up his duties last August, and being the director of the Numismatic Museum since February 2012, regards this post as a challenge. “It is the best archaeological museum of the world, the first on the list of demands for loans in all exhibitions, with a huge treasure of objects from all excavations in Greece and a deposit that could ‘fill’ another 10 museums” he said.

One of the first goals of Mr. Kakavas is the participation of the NAM in the Google Art Project. Furthermore, on May 9, 2013, the exhibition “Sealing history. Treasures from Greek museums and collections” featuring 40 objects of the NAM opens in the Regional Archaeological Museum of Plovdiv (Bulgaria).

The temporary exhibition of the Antikythera Mechanism, one of the most important cultural events not only in Greece but also abroad, will be extended until August 2013.

Another aim of the new director is to increase publicity about the National Archaeological Museum through the Internet and the TV. In this direction, a series of short films about the Museum will be created (in Greek, with English subtitles).

In addition, other type of events will be organized in the halls and the garden of the museum, as the enclosure of the square in front of the museum is one of the first priorities of the new deputy director. Finally, Mr. Kakavas said he is determined to increase the museum’s personnel, so that the NAM meets its new goals.