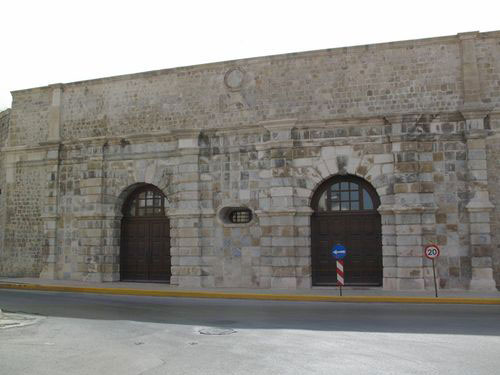 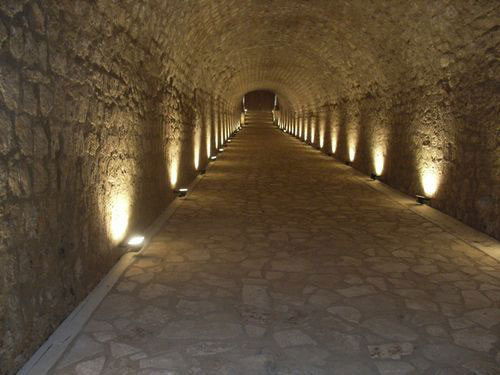 The Venetian walls of Heraklion

Mayor asks for their inclusion in the UNESCO list

The Venetian walls in Heraklion (Crete), were first built in the 15th century. Extensions and improvements were carried out during the 16th and 17th centuries. The main architect was one of the famous military architects of the 16th century, Michele Sammicheli (1484-1559) of Verona. The Venetian walls are a complex of bastions, gates, arcades, trenches and chambers. Their perimeter has a length of 3 km reinforced with three ramparts which are still maintained. The circulation of people, products and armies to and from the city was channeled through the main gates. Four of them are still preserved: the pier gate at the harbour, the gate of Lazaretto, the gate of the Pantocrator or Panigra known today as the gate of Chania, and the fourth gate is on the south side called the gate of Jesus or new gate.

The walls surround the old city of Heraklion. Along the perimeter at the impregnable bastion of Martinego, the highest point on a peak where the walls meet forming a triangle into the peninsula, lies the tomb of Nikos Kazantzakis (1883-1957).

Despite all this, the Venetian walls of Heraklion haven’t found their place in the UNESCO list yet. Now, the Mayor of the city, Giannis Kourakis has asked for their inclusion in UNESCO’s World Heritage List. He has sent a letter to General Secretary of the Ministry of Culture, Mrs. Lina Mendoni, stressing the great efforts made for the improvement of the Medieval Fortified Enclosure of Chandax, and referring to all works and interventions carried out at the Venetian walls.

Mr. Kourakis stated that one of the first priorities of the Municipality is to restore, enhance and reuse the Venetian walls, so that they will be included in the UNESCO list.

The inclusion of the Heraklion walls, the biggest and best preserved monument of defensive architecture in Eastern Mediterranean, in the UNESCO list will lead to the enhancement and promotion of the city and the region.

Mr. Kourakis described in detail the interventions carried out so far at the monument. The monumental gate of Pantokrator, whose façade is a remarkable example of Renaissance architecture of the 16th-17th centuries, work of Michele Sammicheli, has been restored and will soon be accessible.

Restoration works at the gate of Jesus, also a work of Sammicheli, will soon be completed. The interior space of the gate will be used as an exhibition area, dedicated to the life and work of Nikos Kazantzakis.

The Makasi gate, under the bastion of Martinego, hosts the “Area of History and Memory” of the city. The cultural congress center of Heraklion is soon to be completed nearby, realizing the connection of this building to the Venetian enclosure.