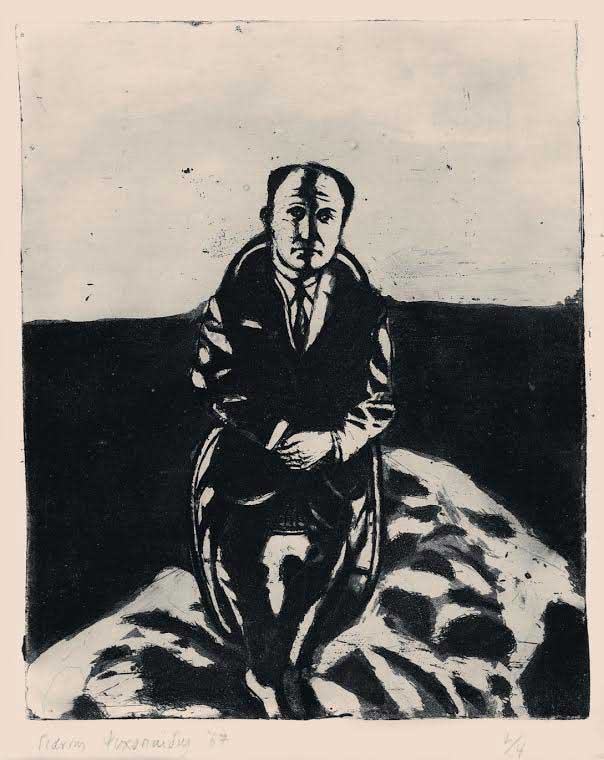 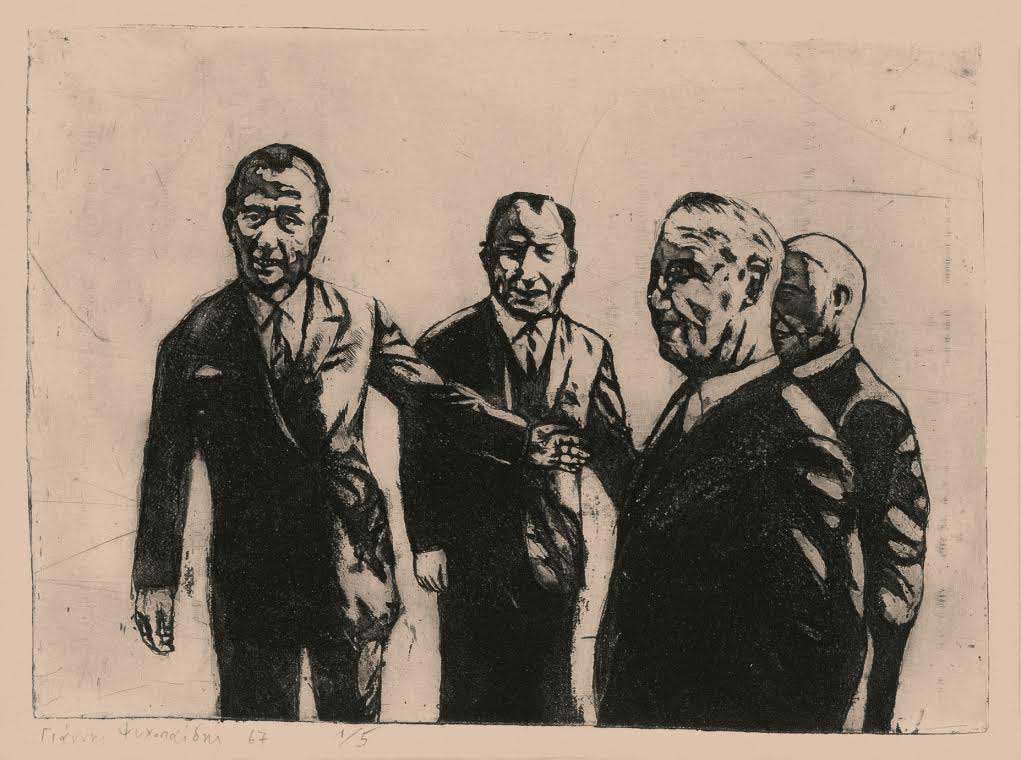 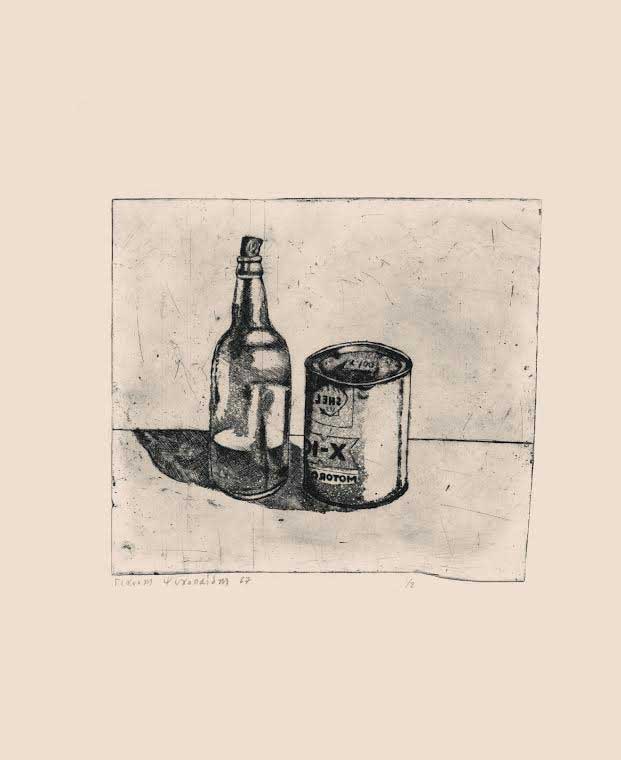 The exhibition “Red and black” showcases engravings by Jannis Psychopedis, covering 40 years of creation (1963-2013). In this series of works, the artist was inspired by every-day life and the political situation of the last decades.

The National Bank of Greece Cultural Foundation is organizing the exhibition which will be inaugurated on December 5, 2013, at the Eynard Mansion (20 Aghiou Konstantinou & Menandrou St., Athens) and will last through January 31, 2014.

As Jannis Psychopedis points out in the exhibition’s catalogue: “The Cyprus issue, the demonstrations about education matters, the “July events” [Iouliana], unknown steps in the realm of our youth and freedom and illusions. And within this fighting spirit, this constant movement, what we saw in the morning we painted in the evening (…) In the multicoloured, troubled 1960s, artistic expression marked intellectual shake-ups, political winds and social turmoils and vice versa. The engraving –interventional and direct as it is– was the first artistic technique that could communicate ideas and forms, open a direct dialogue with society, influence, in a simple and sparing way, the mind and the soul, using as a weapon not the unique/authentic work of art, but the multiple copy with the innumerable receivers. The engravings –on wood, stone, or bronze– encompassed in their black & white version the adventures and the agony of the scarce and the unadorned to express something real, meaningful and authentic”.

Jannis Psychopedis was born in 1945 in Athens. From 1963 until 1968 he studied at the Athens School of Fine Arts, then completed a postgraduate degree in Painting (1971-1976) in the Munich Academy of Fine Arts with a scholarship from the German Academic Exchange Service (DAAD). He was a founding member of the “Young Greek Realists” group (1971-1973) and the Visual Arts Centre (1974-1976). He has shown his work in solo and group exhibitions in Greece, France, Germany, Luxembourg, Spain, Yugoslavia, Irland, Albania, Japan, Belgium, Algeria, Cyprus, USA, Sweden etc.

Since 1992, Psychopedis lives and works mainly in Greece and is a professor at the Athens School of Fine Arts.