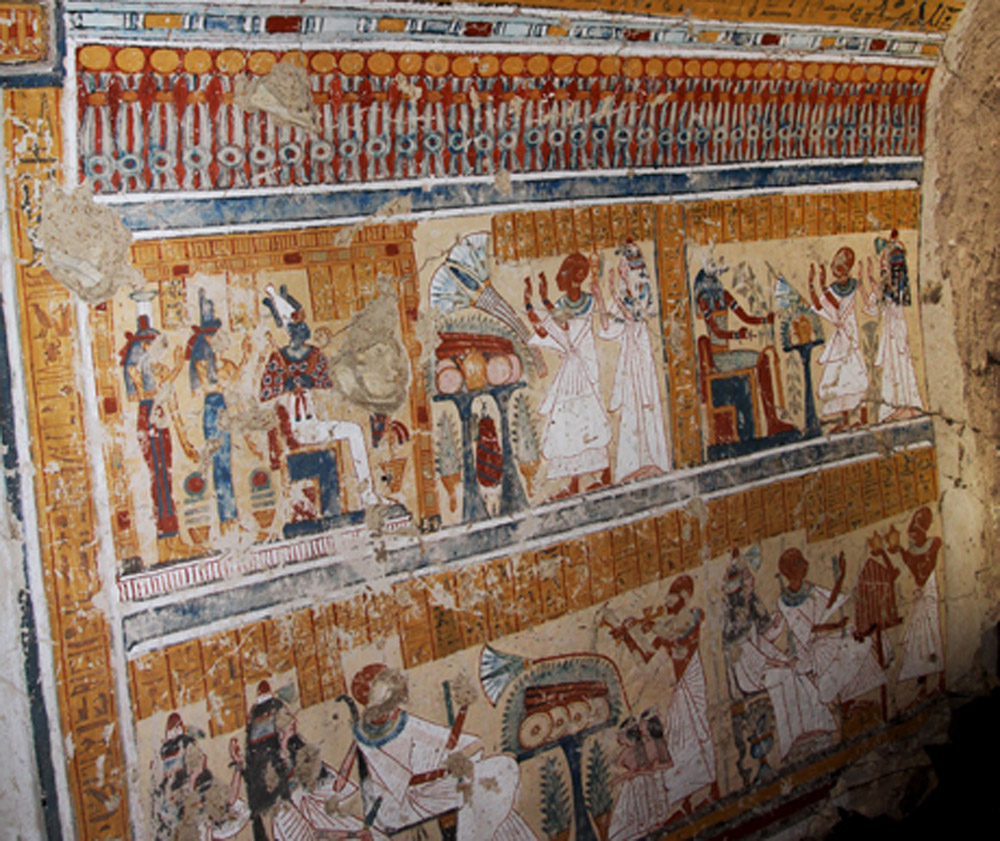 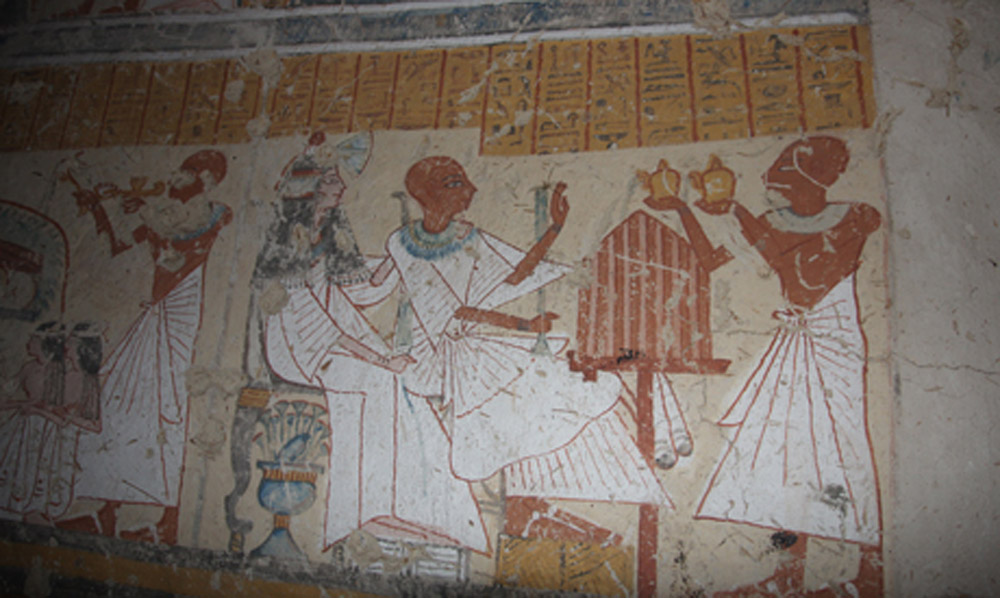 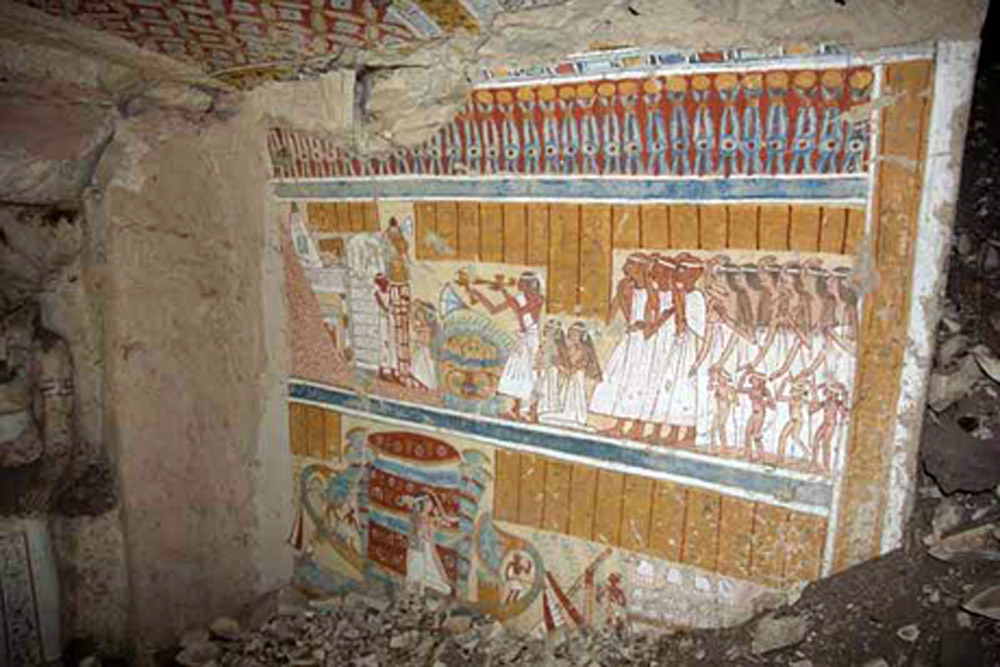 In El Khokha, near Luxor

A Japanese mission from Waseda University working in the necropolis of El Khokha near Luxor under the direction of Prof. Jiro Kondo, uncovered a Ramesside tomb belonging to Knonsu em Heb, a man who served as a chief beer maker during the 19th Dynasty.

The discovery occurring during routine cleaning work carried out at the frontcourt of tomb number TT47, which belongs to Userhat, a top official who lived during the reign of the 18th Dynasty king Amenhotep III. It is also connected to an unfinished tomb of an as-yet unidentified person called Houn. As happens with the majority of the officials’ tombs in the Themab necropoleis during the New Kingdom, the tomb is T-shaped with two halls and a burial chamber.

According to the inscriptions in the newly discovered tomb, the primary owner was called Khonsu im Heb and he was the head of beer production for goddess Mut and the head of the galleries. Jiro Kondo, head of the Japanese mission, said that the tomb is well preserved and is fully painted with scenes depicting the tomb’s owner with his family members and in front of different ancient Egyptian deities. A scene depicting the “Opening of the Mouth” ritual also appears on one of the tomb’s walls while the ceiling is decorated with geometrical paintings with vivid colours. A solar boat is depicted at its core.

Minister of State for Antiquities Mohamed Ibrahim told Ahram Online that security has been tightened around the tomb until the completion of the excavation works there. He said that a comprehensive restoration would be carried out after it is fully excavated to allow visitors.