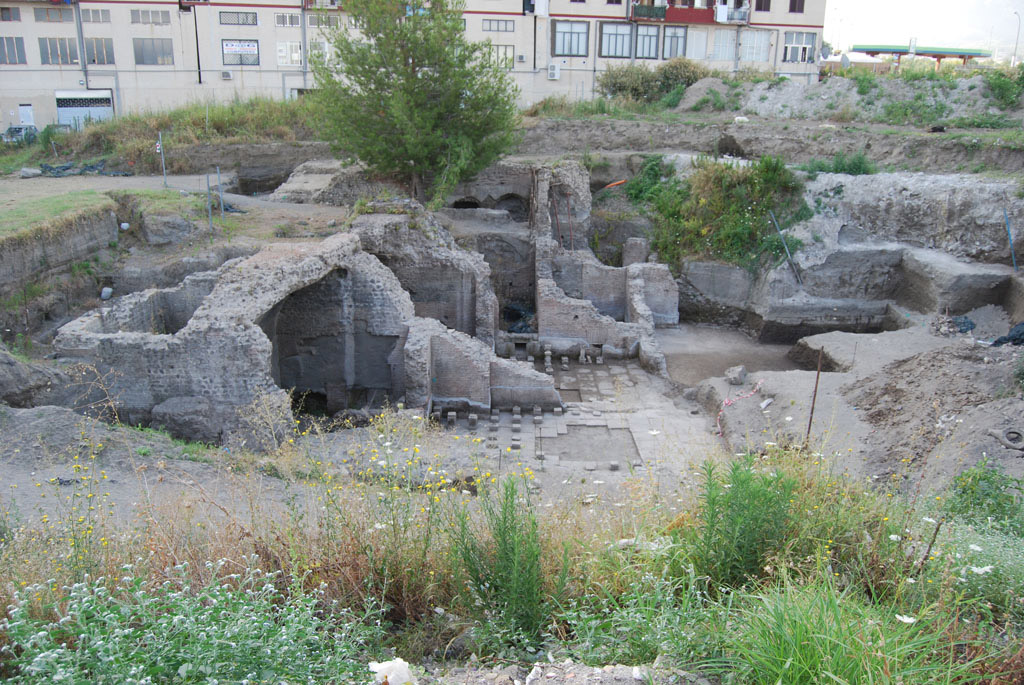 A group of scholars including archaeologists, scientists, students and volunteers working within the framework of the Apolline Project have recently uncovered evidence of the people who lived and died on the northern slopes of Vesuvius and the adjoining ancient territories of Nola and Neapolis, Campania. This evidence consists a story that may encompass the well-known AD 79 volcanic eruption, as well as multiple past eruptions.

Aside from the well known sites of Pompeii and Herculaneum to the south, a vast number of other settlements were spreading along the northern slope of Mt. Vesuvius, reflecting the willingness of people to take advantage of the territory’s wealth in natural resources. The tangible danger presented by the volcano’s activity does not appear to have been an issue for these settlers, who chose to live and die in these lands until an eruption bring an end to their communities. This is actually what researchers indicate by piecing together what remains of these ancient settlements that survived and were dramatically affected by these cataclysms.

Due to the intensive urbanization of the area, as of Campania as a whole, at present, the archaeologists working in Vesuvius’ “dark side”(as the North is called), face a challenge, as a small number of areas are free for excavation and research. Key to the efforts of the Apolline project on the northern slope has been the discovery of a Roman bath and villa site located in the town of Pollena Trocchia back in 2005. As reported through Popular Archaeology webpage, most of the baths have been unearthed, revealing evidence to suggest that the complex was part of a larger villa complex (now buried underneath an adjacent modern block of flats). The most important, however, is that the discovery of volcanic material deposited by the AD 79 eruption indicated that the villa complex, or the baths at least, were built in the years after the eruption! The discovery of a brick stamp  produced between AD 75 and AD 95 and bearing distinct mark of the Domitii brothers from Rome, onto a tile lining the bath’s hypocaust, indicates also that the inhabitants of this site were very affluent and settled there, without fear, soon after the eruption.

It also seems that Roman settlers aspired to transforn the place into a second Rome as well! Botanical evidence from the site at Pollena Trocchia obtained through charcoal analysis of carbonized plant remains has revealed the exact species of vegetation and offers insight into how they were cultivated to shape the Roman landscape. The abundance of timber in the area also led the settlers to orientate themselves into using it for fuelling industries, such as pottery-making and iron-smithing and for heating their hearths and baths.

Still, when settling around a volcano, you are settled for disaster. Evidence suggests that the occupation of this site may have ended the way it began, with a volcanic eruption. On November 6th, AD 472, Vesuvius erupted to produce lahars (a type of mud-flow consisting of pyroclastic material) which eventually destroyed the site. An atmospheric disturbance caused severe downpours of rain, which then flowed rapidly down the mountainsides, picking up literally tons of ash and mud on their way. As devastating as this event was, the stratigraphy it left behind has been indispensable to the archaeological research.