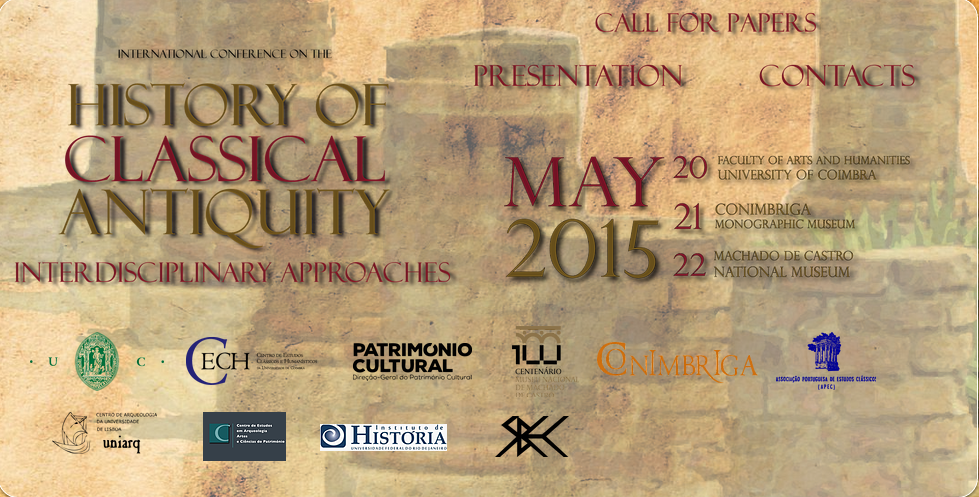 The international conference on the History of Classical Antiquity. Interdisciplinary Approaches will be held in Portugal, University of Coimbra, on 20-21 May 2015.

In European, North American, and Brazilian Universities, the history of classical antiquity has achieved a positive trajectory that is demonstrated by a growing number of publications and by research projects on topics which are able to stimulate simultaneously the academic community and contemporary civil society. This renewal of studies in an area long established in the curricula of leading universities throughout the world has been accomplished through the establishment of interdisciplinary dialogues among many academic disciplines that should contribute to build a holistic (and non-fragmented) understanding of ancient history.

In order to reverse the trend toward the isolation of classical antiquity − the compartmentalization of Greek and Roman studies − the conference is focused on interdisciplinary approaches. The aim is thus to produce an innovative treatment of the issues, although one well anchored in individual fields of knowledge: History, Archaeology, and Classical Literary Studies.