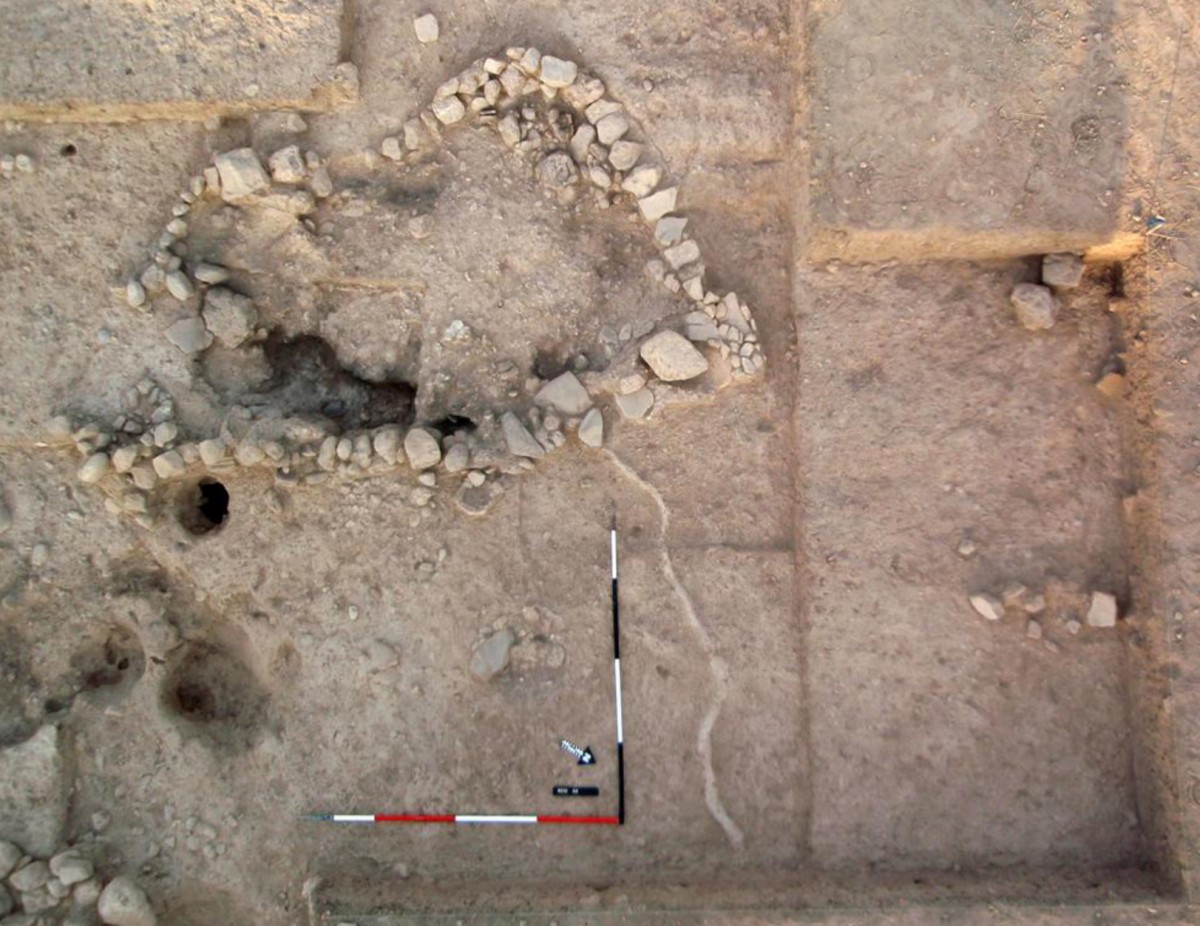 The results of the fifth season of investigations at Kissonerga-Skalia (2014) conducted under the direction of Dr Lindy Crewe of the University of Manchester have just been announced by the Ministry of Communications and Works, Department of Antiquities of Cyprus. The site is located approximately 300m from the coast and adjacent to the south of the Neolithic-Chalcolithic-Philia phase (c. 6200-2400 BC) settlement of Kissonerga-Mosphilia, which has been extensively excavated and published during the previous years by Professor Edgar Peltenburg.

Within the plot in which excavations have solely focused since 2010 at Kissonerga-Skalia, in situ deposits have now been revealed dating from the Late Chalcolithic, through the Philia, Early-Middle Bronze Age to Late Bronze Age IA (ca 2700-1600BC). However, in most of the area exposed these phases do not occur in continuous sequence.

In all areas under investigation, archaeological deposits are truncated by 1973-74 machine terracing and ploughing for agricultural activities. Archaeological deposits in situ occur at a depth of 0.40m (in the north)-0.90m (in the south) from the present surface. Previously, during the 2012 season it had been established that in the northernmost part of the plot the Bronze Age surface has been truncated to a depth of up to 2m. The prehistoric land surface in the lower part of the area has been completely removed by terracing. Survey undertaken in 2009 showed a spread of Bronze Age archaeological material over an area of 10ha., although it is uncertain if some of this material originates from the spread of soils after the 1973-74 machine terracing. The area of the site in which excavation has been proceeding is therefore only ca 2,400 sq. m, a small proportion of the entire site.

In the southernmost part of the excavation, a floor surface and associated architectural remnants dating to either the Philia phase or Early Bronze Age I have been revealed. The area is scarred with pits, making retrieval of a large sample of uncontaminated material difficult. However, underlying this floor surface additional pits, securely of Philia phase date, have been revealed.

NOTES
1. Department of Antiquities of the Republic of Cyprus