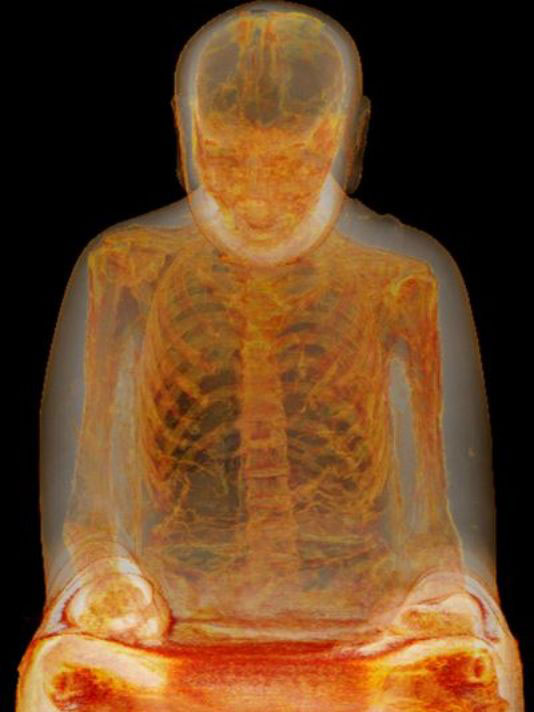 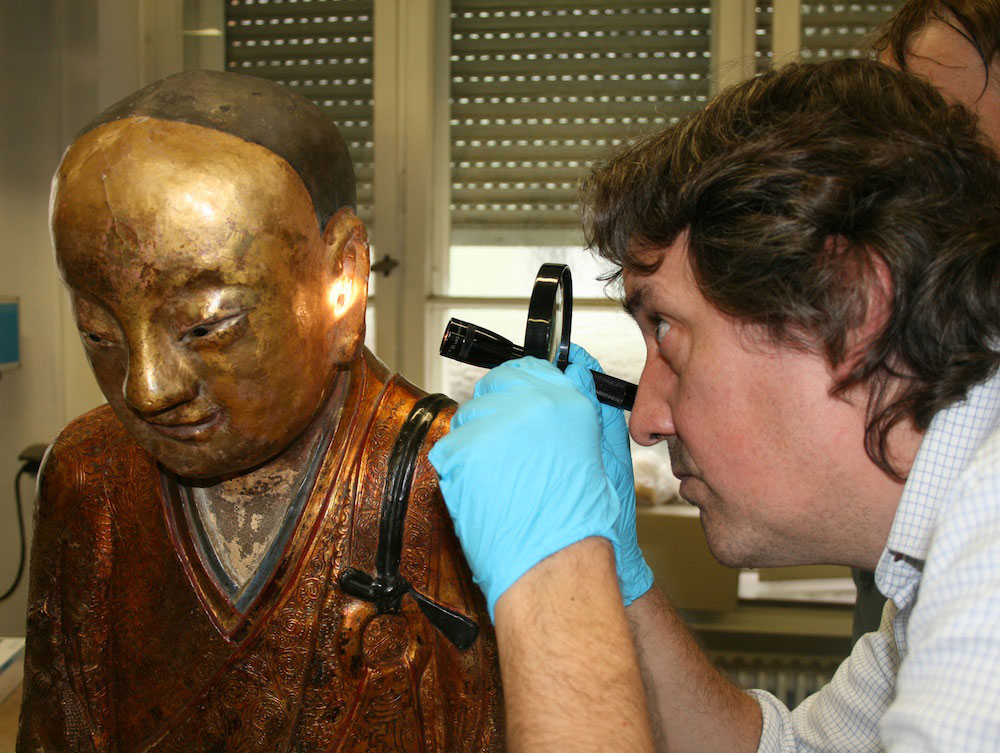 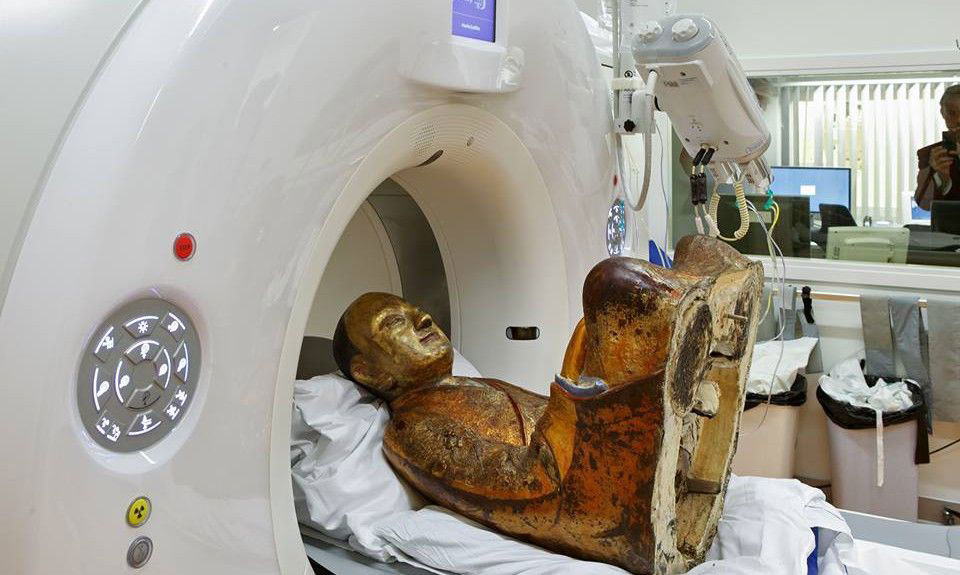 Self-mummified monk in a Buddha statue?

The mysterious history of a papier-mâché artefact

After being exhibited in the Mummies exhibition of the Drents Museum (from May to August 2015),in Assen (Northeastern Netherlands), a Buddha statue was taken to the Meander Medical Center for CT-scanning. Another CT-scan had been conducted in 2013 at the Mannheim University Hospital in Germany. The fact that the statue had a mummy hidden inside it was obviously known, as it was an exhibit in the above mentioned exhibition.

However what surprised researchers running the scans were the pieces of paper with ancient Chinese characters found where the organs once resided (History Blog).

These text fragments led scientists to the conclusion that the mummy belongs to a Chinese Buddhist master, a high-status monk, Liuguan, who may have been worshipped as a Buddha. The statue dates from c. 1050-1150 AD.

What is even more interesting is that the monk might have mummified himself. This self-mummification practice was widespread in Japan and that was outlawed in the 19th century. The process of gradual starvation, dehydration and poisoning is explained in Ancient Origins:

“For the first 1,000 days, the monks ceased all food except nuts, seeds, fruits and berries and they engaged in extensive physical activity to strip themselves of all body fat. For the next one thousand days, their diet was restricted to just bark and roots. Near the end of this period, they would drink poisonous tea made from the sap of the Urushi tree, which caused vomiting and a rapid loss of body fluids. It also acted as a preservative and killed off maggots and bacteria that would cause the body to decay after death.

“In the final stage, after more than six years of torturous preparation, the monk would lock himself in a stone tomb barely larger than his body, where he would go into a state of meditation. He was seated in the lotus position, a position he would not move from until he died. A small air tube provided oxygen to the tomb. Each day, the monk rang a bell to let the outside world know he was still alive. When the bell stopped ringing, the tube was removed and the tomb sealed for the final thousand day period of the ritual.

“At the end of this period, the tomb would be opened to see if the monk was successful in mummifying himself. If the body was found in a preserved state, the monk was raised to the status of Buddha, his body was removed from the tomb and he was placed in a temple where he was worshiped and revered. If the body had decomposed, the monk was resealed in his tomb and respected for his endurance, but not worshiped”.

The results of the ongoing research on the Buddha mummy are expected to be published in a forthcoming monograph.

The mummy is currently being exhibited at the Hungarian Natural History Museum in Budapest (until May).