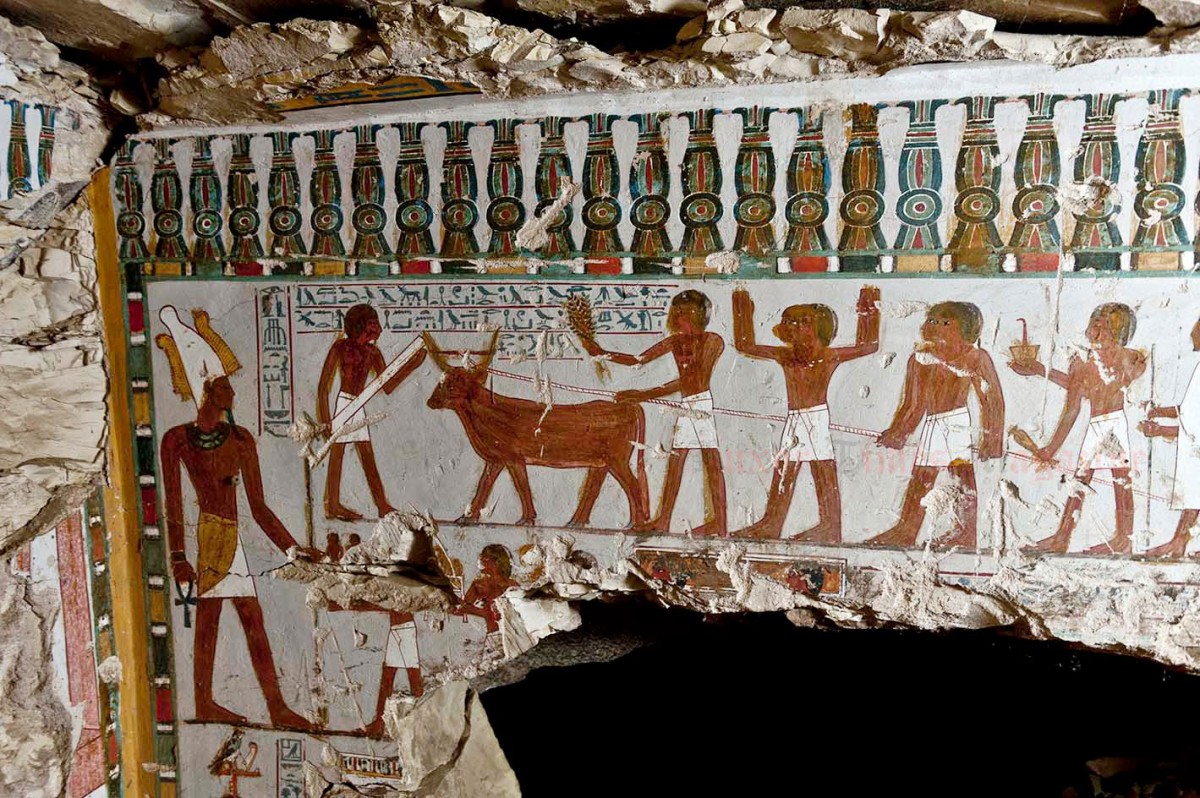 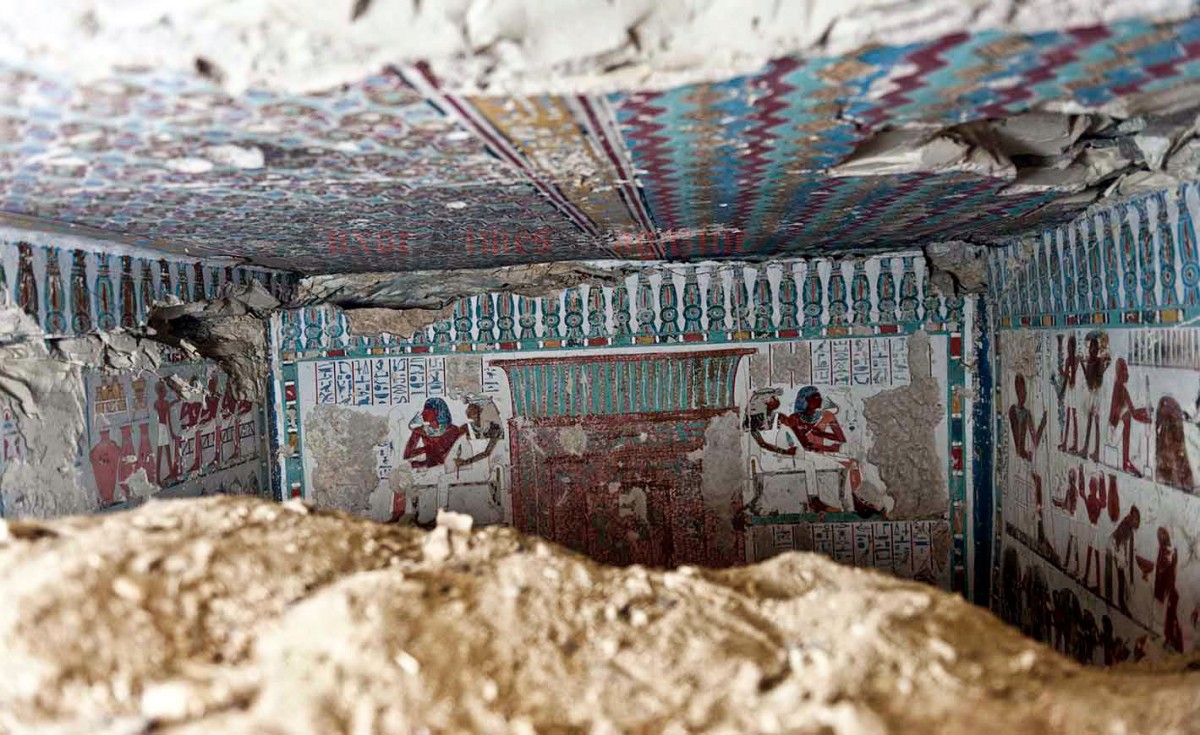 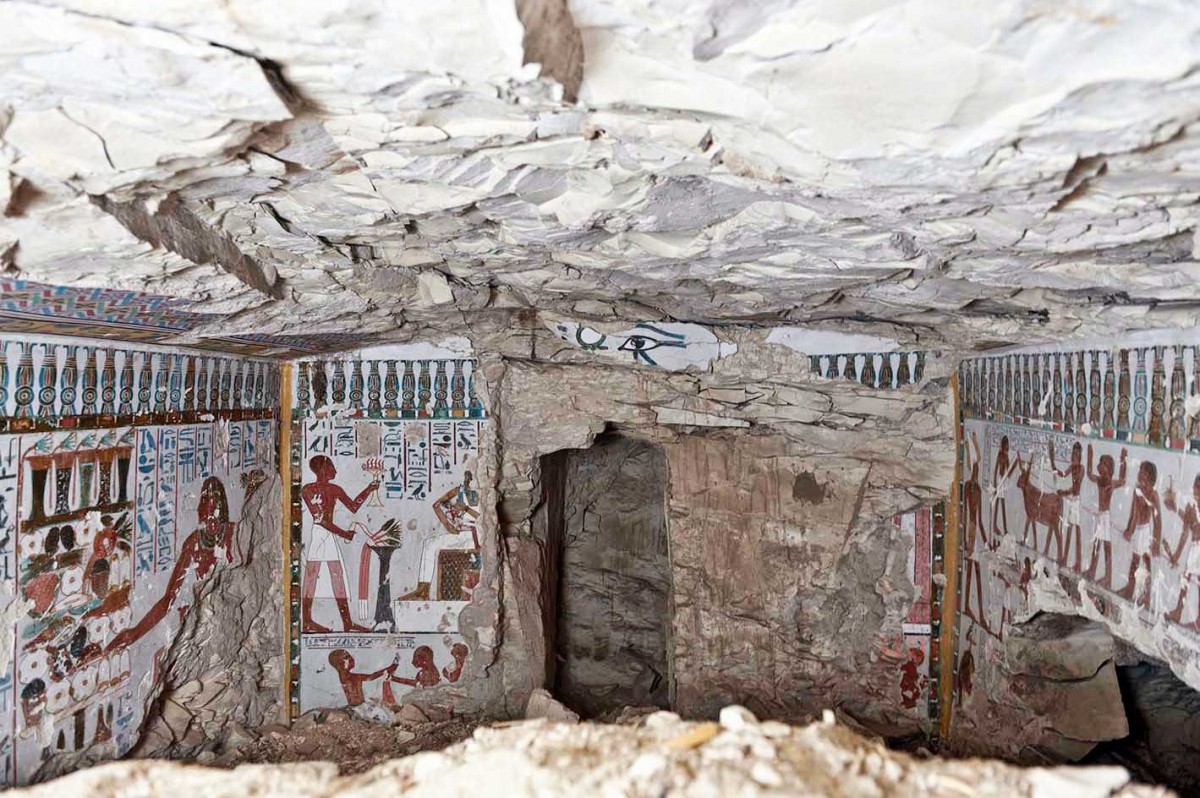 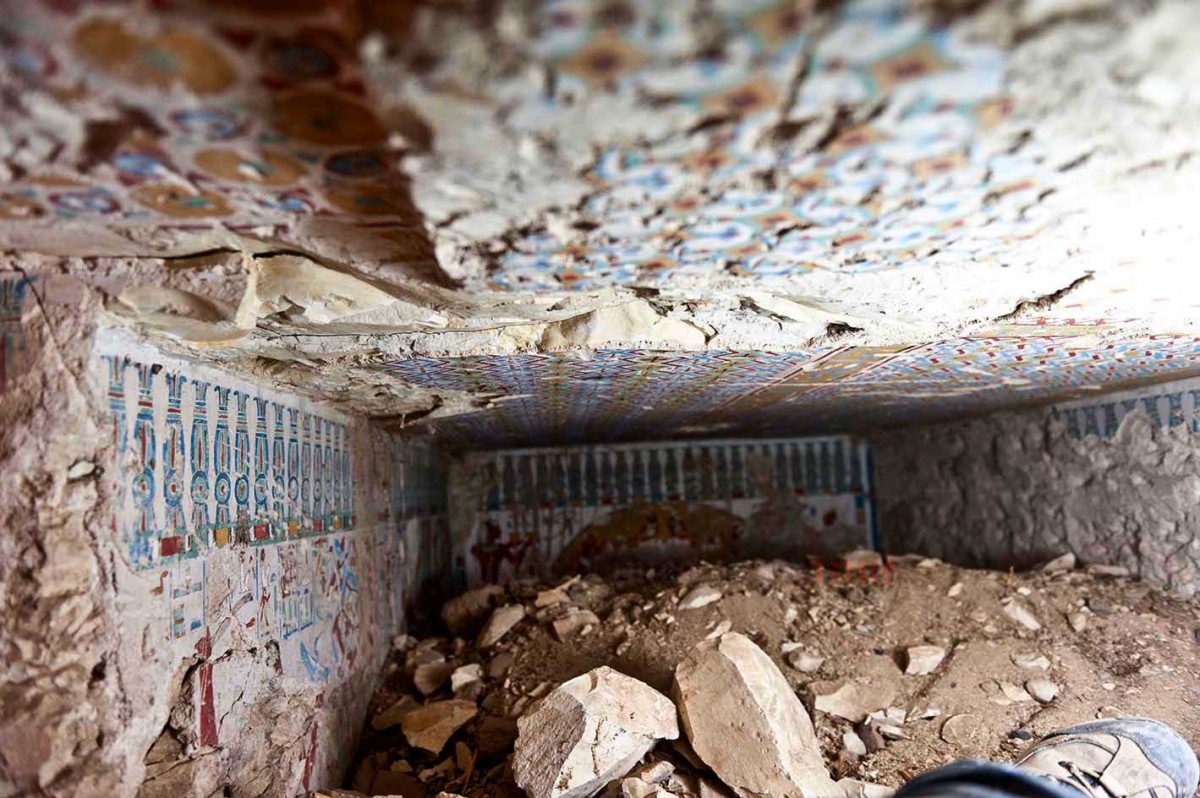 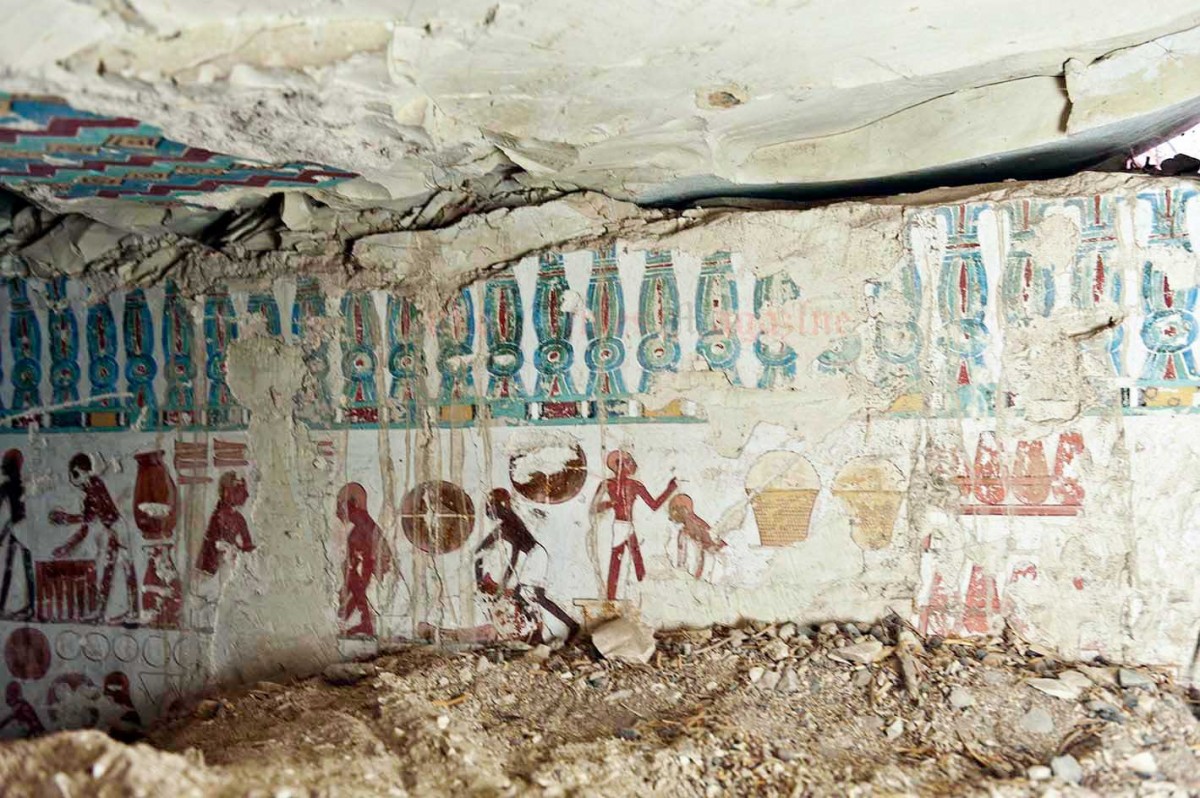 By archaeologists of the American Research Center in Egypt

The American Research Center in Egypt team cleaning the forecourt of the Eighteenth Dynasty Theban Tomb of Djehuty, TT 110 have unearthed a new tomb in Qurna.

The newly discovered tomb is located to the east of TT 110. It is ascribed to an official called “Amenhotep” who held the title of “God Amun gatekeeper”.

The tomb has the typical T-shaped architectural design that was common for non-royal Theban tombs of the New Kingdom. It measures 5.1meters in length and 1.5 meters in width. It also has a side room connected by a hall. The hall is 2.5×2.1m, while the small side room is 2x2m with a shaft in the middle of the room which probably leads to the burial chamber.

The tomb contains wall-paintings featuring the owner of the tomb with his wife in front of an offering table and daily life scenes such as farming.

On the tomb walls there are signs of deliberate erasing of the God Amun’s name which according to Mr. Sultan Eid, director of Luxor Antiquities, indicate that the religious revolution at the time of Akhenaton affected this tomb directly.