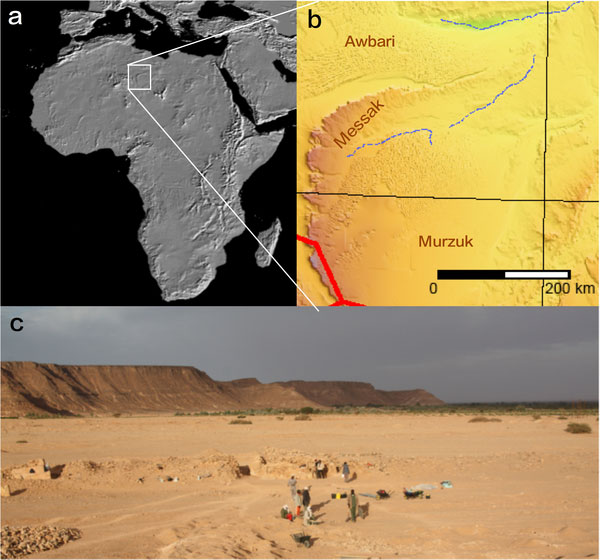 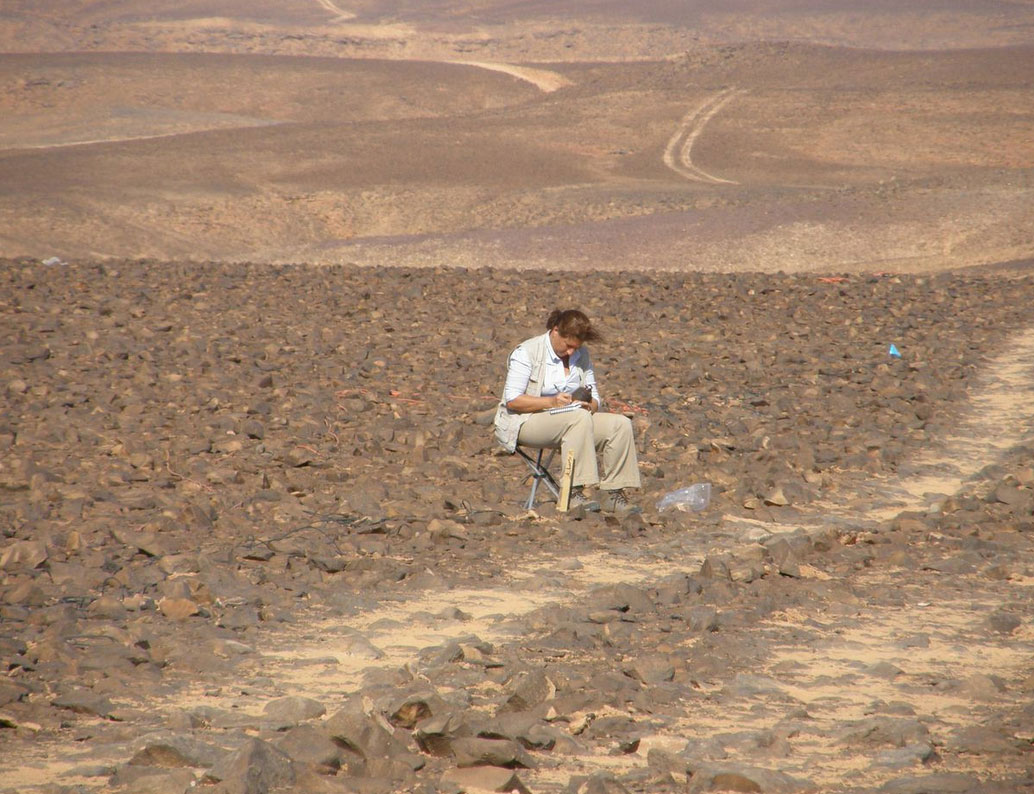 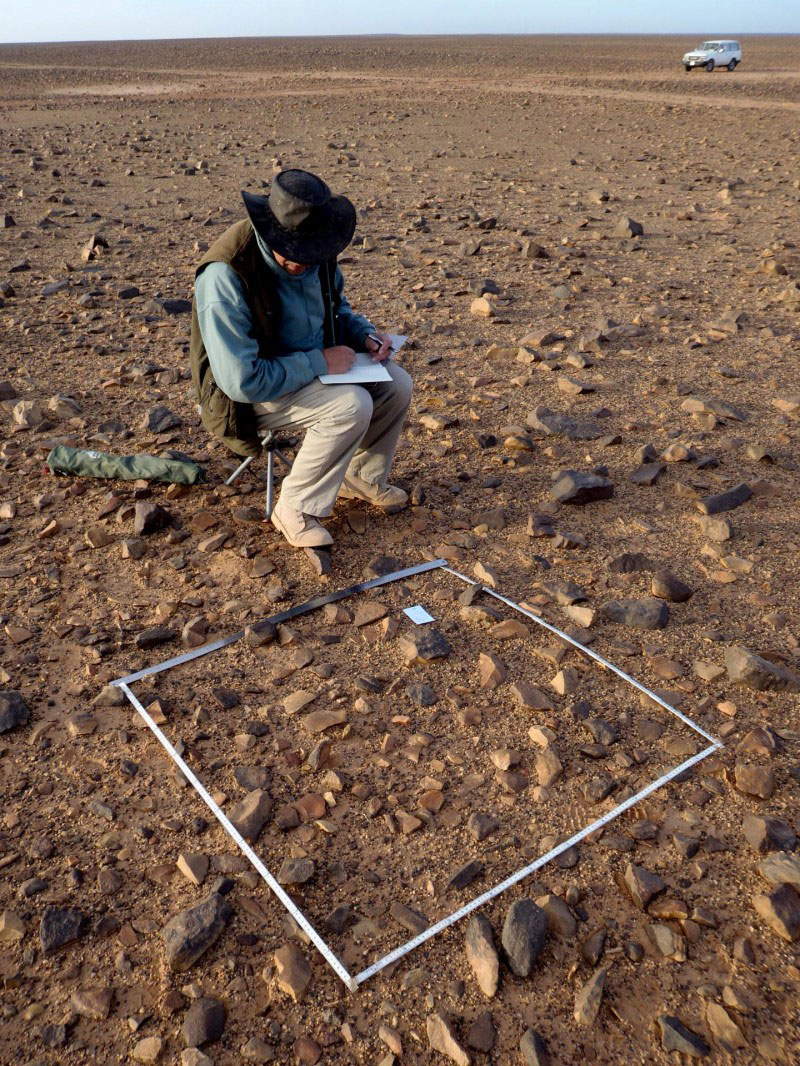 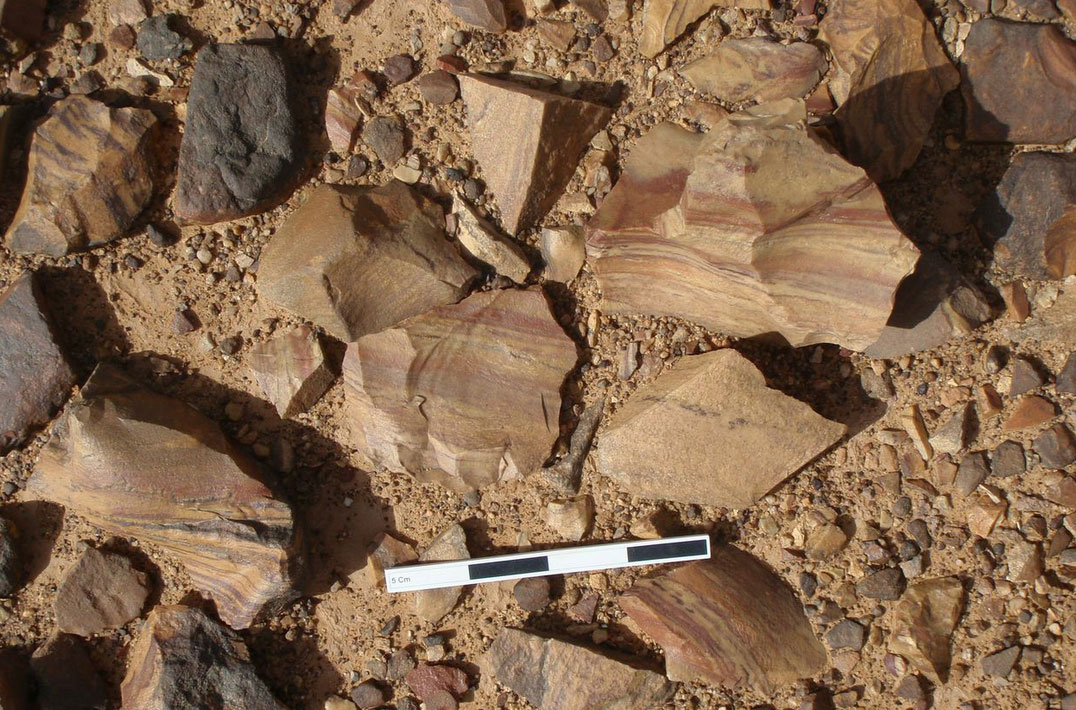 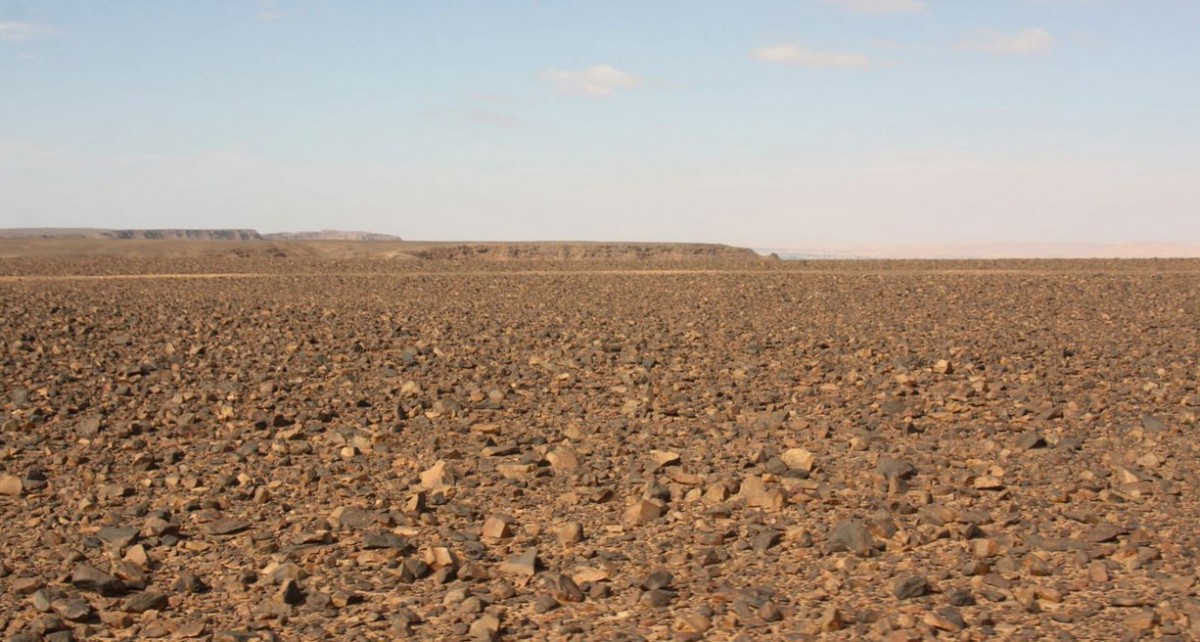 A new survey of the Messak Settafet escarpment has shown that stone-age tools are scattered across the landscape. Researchers say the vast ‘carpet’ of stone-age tools is the earliest known example of an entire landscape being modified by hominins, revealing information about dependence on raw material sources and attachment to rich landscape areas.

“The Messak sandstone, now in the middle of the vast sand seas of Libya, would have been a high quality rock for hominins to fracture–the landscape is in effect a carpet of stone tools, most probably made in the Middle and Upper Pleistocene,” said Dr Robert Foley, from the Leverhulme Centre for Evolutionary Studies at the University of Cambridge, who conducted the research with colleague Dr Marta Mirazón Lahr.

“The term ‘anthropocene’ is now used to denote the point at which humans began to have a significant effect on the environment,” said Mirazón Lahr. “The critical time may well be the beginning of the industrial revolution about 200 years ago. Some talk of an ‘early anthropocene’ about 10,000 years ago when forests began being cleared for agriculture.

“Making stone tools, however, dates back more than two million years, and little research has been done on the impact of this activity. The Messak Settafet is the earliest demonstrated example of the scars of human activity across an entire landscape; the effects of our technology on the environment may be considerably older than previously thought,” Mirazón Lahr said. The study is published today in the journal PLOS One.

The survey, conducted in 2011, involved randomly selecting plots of one metre squared across the parts of the plateau surface. In each square, the researchers sifted through all the stones to identify the number that showed evidence of modification through hominin activity. The average number of artefacts across all sample squares was 75.

The researchers say that if the success of Stone Age communities depended significantly on tool technology, there would be enormous advantage to knowing, remembering and indeed controlling access to areas with a “super-abundance” of raw materials, such as the Messak Settafet. “Hominins may well have become tethered to these areas, unable to stray too far if survival depended on access to the raw materials for tools, and forced to make other adaptations subservient to that need,” said Mirazón Lahr.

By combining their data with previous extensive surveys carried out across Africa, the researchers attempted to estimate roughly how much stone had been used as tools and discarded during human evolution.

Although stone tool manufacture dates back at least 2.5 million years, the researchers limited the estimate to one million years. Based on their and others research, they standardised population density (based on extant hunter-gatherers), tool volume, the number of tools used by one person in a year and the amount of resulting debris per tool.