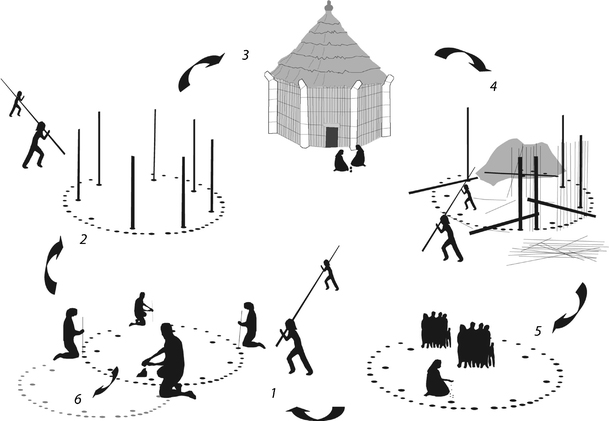 Aid workers should read through archaeologists’ notebooks on building houses

Humanitarian decision makers and archaeologists should talk to each other more

Aid workers who provide shelter following natural disasters, such as hurricanes or earthquakes, should consider long-term archaeological information about how locals constructed their homes in the past, and what they do when they repair and rebuild. Archaeologists and international humanitarian organizations are both involved in recovery, with the former doing this for the past, and the latter for the present. So says Alice Samson of the University of Cambridge in the UK, leader of an archaeological overview of building practices used in the Caribbean 1,400 to 450 years ago. It is published in Springer’s journal Human Ecology.

Research conducted while Samson was at Leiden University in the Netherlands, used data gathered from 150 excavated structures at 16 sites in the Greater Antilles, Turks and Caicos, Virgin Islands and northern Lesser Antilles. They also analyzed sixteenth-century sketches and recollections of house structures by Spanish conquistadors on Haiti and the Dominican Republic, the Bahamas, and Cuba.

According to Samson the so-called “Caribbean architectural mode” emerged some 1,400 years ago. Inhabitants reproduced it basic features up until European colonization over 500 years ago. In a region of considerable local settlement diversity, the mode was an effective and preferred way of meeting community and cultural needs, dealing with cyclical environmental hazards, and longer-term historical change.

There was no natural one-size-fits-all template. Small, carefully designed and evenly anchored structures with high-pitched roofs and reinforced facades were generally built near the shore, in settlements of varying sizes. An excavation of the settlement of El Cabo in the Dominican Republic, for instance, showed that the houses were circular, between 6.5 and 10 meters in diameter. They consisted of an outer perimeter wall of closely spaced, slender posts, and eight larger, roof-bearing posts, aligned on an inland facing doorway. People worked in sheltered areas outside the fronts of houses, honored their dead and ancestors there, and buried their personal possessions inside when they moved. The structures were well adapted for dealing with the winds, rains and heat of the Caribbean. Wind exposure was reduced by locating houses in an irregular pattern and using windbreaks and partitions. Houses lasted for centuries because they were deliberately rebuilt and repaired.

The islands across the Caribbean archipelago share a maritime climate with marked variations in wind and temperature. Humanitarian relief is often needed following dramatic climatic and seismic events such as hurricanes, tropical storms, tsunamis, earthquakes and volcanoes. Samson’s study sheds light on how communities who have been struck by such disasters can be better supported by humanitarian efforts to rebuild homes. She believes this can be done by encouraging a dialogue between different disciplines dealing with housing, to develop a greater appreciation of historical shelter processes. Although in many places, especially recently urbanized settings, there is no direct connection between archaeological houses and now, nevertheless everywhere has a prior housing process whether ancient or more recent.

Co-author Kate Crawford, an engineer and previously Shelter Field Advisor for CARE International, contends that, “Humanitarian decision-making often happens in a context of scant evidence and overwhelming data. This was one of the challenges faced in the response to the earthquake in Haiti in 2010. What we need is a better appreciation of strategic questions, research on alternatives such as repair, and support for local responses, not just technical solutions.”

“We hope that this long-term, regional analysis of house features might contribute to greater engagement between archaeologists and those responsible for building, or rebuilding the present,” says Samson.