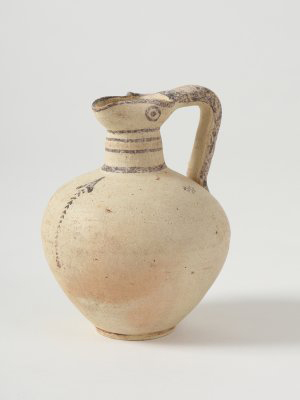 Cyprus: An Island and A People

A new exhibition at The University of Queensland’s RD Milns Antiquities Museum will showcase the rich and fascinating history and archaeology of ancient and modern day Cyprus.

Opening on June 5, Cyprus: An Island and A People includes artefacts spanning over 10,000 years of history, from the Neolithic to the medieval period.

Museum Director and Curator Dr Janette McWilliam said the exhibition was a great opportunity to engage with Australian Cypriots, the second largest Cyprian community outside of Cyprus.

“The museum is always interested in creating new connections in the local community. As modern Australia comprises several cultures who originally came from the Mediterranean, it is important for us to work with groups such as the Cypriot community,” Dr McWilliam said.

“Part of our role as a university museum is to promote the heritage of cultures we are helping to preserve.”

Dr McWilliam said Cyprus was prominent in the ancient world.

“The location of Cyprus put the island in contact with many different civilisations, so it became an important trade hub,” she said.

The Cypriot Community Association of Queensland President Stathi Zambas said the Cypriot community was honoured by the tribute to its’ home country.

“It has truly been a blessing to be able to discuss our home country’s history with the museum and the entire community has been overwhelmed by their cooperation, respect and excitement,” he said.

“It has also been a great opportunity to build relationships with the wider community and build a foundation for further interest in our little nation in the future.”

The exhibition brings together artefacts from the museum’s own collection along with important works from the Abbey Museum of Art and Archaeology at Caboolture, the Museum of Antiquities at the University of New England at Armidale and the Fryer Library at UQ.

A series of public programs will accompany the exhibition, delving into the fascinating stories of ancient and modern Cyprus, as well as the connections between Cyprus, The University of Queensland, and Australia.

The free exhibition will continue into 2016 at the RD Milns Antiquities Museum, Level 2, Building 9 (Michie) at UQ’s St Lucia campus.

The RD Milns Antiquities Museum is open 9.30am to 4.30pm from Monday to Friday and some Saturdays.