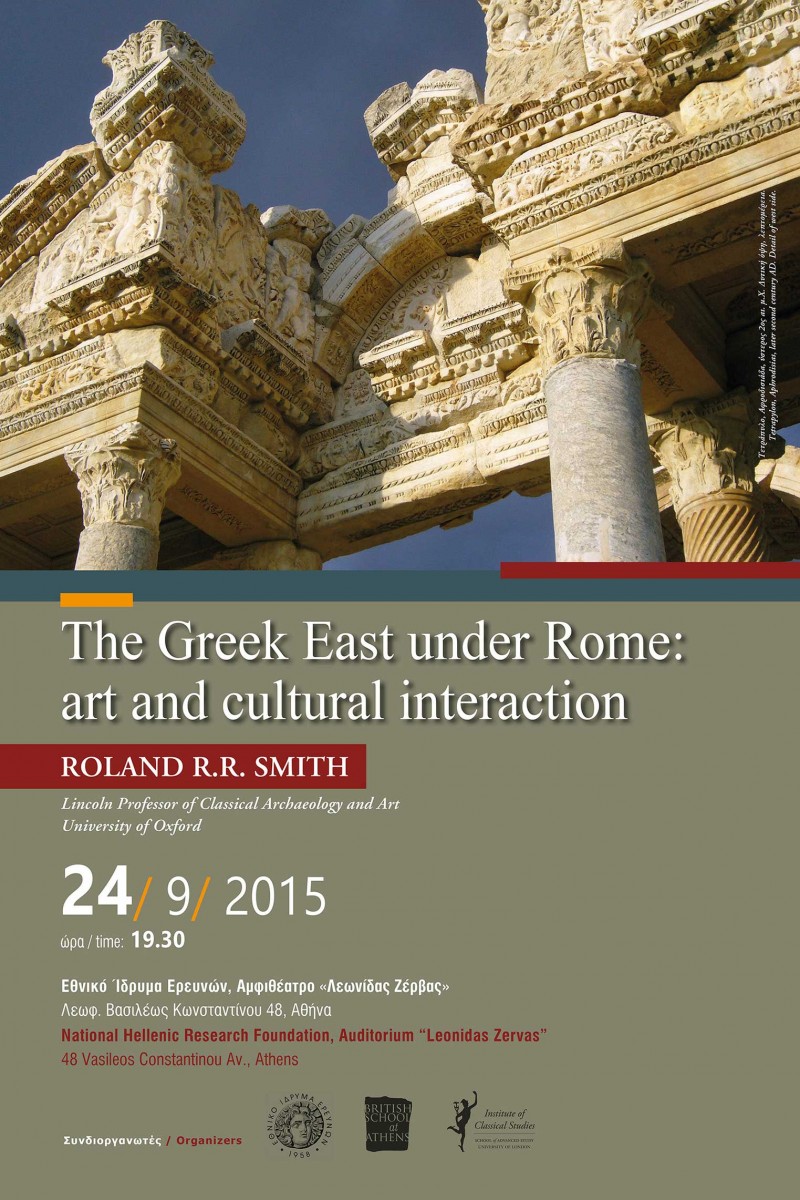 The Greek East under Rome

Professor Roland R.R. Smith (Lincoln Professor of Classical Archaeology and Art, University of Oxford) will present his paper “The Greek East under Rome: art and cultural interaction” in the National Hellenic Research Foundation on September 24.

As Professor Smith explains in the abstract of his paper “The cities of Greece and western Asia prospered in the first and second centuries AD, during the prolonged stable peace that was enforced throughout the Mediterranean world by the Roman emperors. Public buildings and extravagant marble monuments, extraordinary in variety and quantity, were set up in this period in such cities as Aphrodisias, Athens, Ephesos, and Pergamon for a range of political, religious, and commemorative functions.

“Much of the political character of these cities was defined by their monuments, and much that was new in this vigorous marble culture was due in some way to Rome and to Roman ideas. At the same time, however, little of it was intended or probably experienced by contemporaries as anything other than neutral, local, or hellenic.

“This paper describes this assertion more fully and attempts some explanation of its paradox. Some test cases and documented contexts from eastern Mediterranean cities at the height of the Roman Empire are presented.”