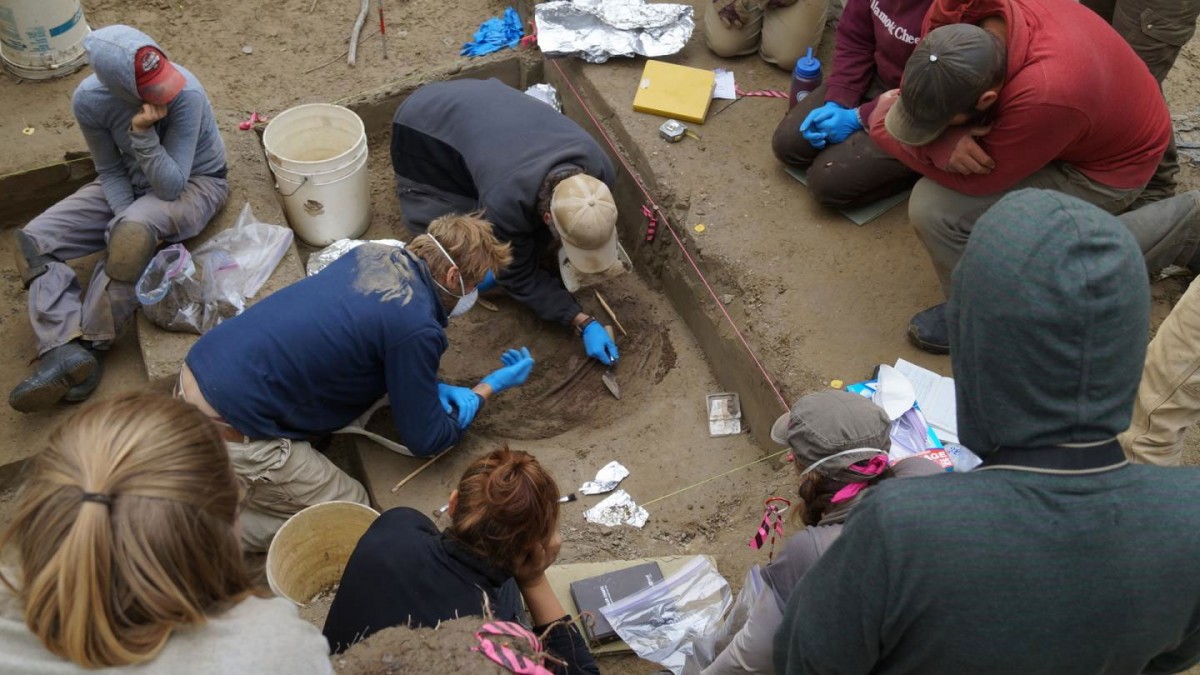 Researchers in Alaska have found the earliest known evidence that Ice Age humans in North America used salmon as a food source, according to a new paper published this week in theProceedings of the National Academy of Sciences.

The findings counter traditionally held beliefs that Ice Age Paleoindians were primarily big-game hunters. They are based on analysis of 11,500-year-old chum salmon bones found by University of Alaska Fairbanks anthropologist Ben Potter and colleagues at the Upward Sun River site in Interior Alaska. Excavation of the site has revealed human dwellings, tools and human remains, as well as the salmon bones.

“Salmon fishing has deep roots, and we now know that salmon have been consumed by North American humans at least 11,500 years ago,” said lead author Carrin Halffman, a UAF anthropologist who helped analyze the fish bones with co-authors Brian Kemp of Washington State University, Potter and others.

The findings also suggest that salmon spawning runs were established much earlier and much farther north than previously thought, at the end of the Pleistocene epoch, also known as the last Ice Age.

Ancient DNA and stable isotope analysis verified the fish remains as sea-run chum salmon that migrated upriver some 1,400 kilometers from where the mouth of the Yukon River now exists. These analyses indicate that modern salmon migrations may have ancient roots, dating back to at least the end of the last Ice Age.

“We have cases where salmon become landlocked and have very different isotopic signatures than marine salmon. Combining genetic and isotopic analyses allow us to confirm the identity as chum salmon, which inhabit the area today, as well as establish their life histories,” said Potter. “Both are necessary to understand how humans used these resources.”

The salmon were found in an ancient cooking hearth in a residential structure. Fish remains pose a challenge to archaeologists because their bones are very small and fragile and typically do not preserve well. Because of these challenges, their remains are likely underrepresented in global archaeological studies and findings.

The findings show that ancient Beringian diets were broader than earlier thought and that Ice Age humans used complex strategies and specialized technology to obtain their food, Potter said. He also noted that there is no evidence to suggest that salmons runs weren’t also present in the area a few thousand years prior to the time when people were living at the Upward Sun River site. “This suggests that salmon fishing may have played a role in the early human colonization of North America.”