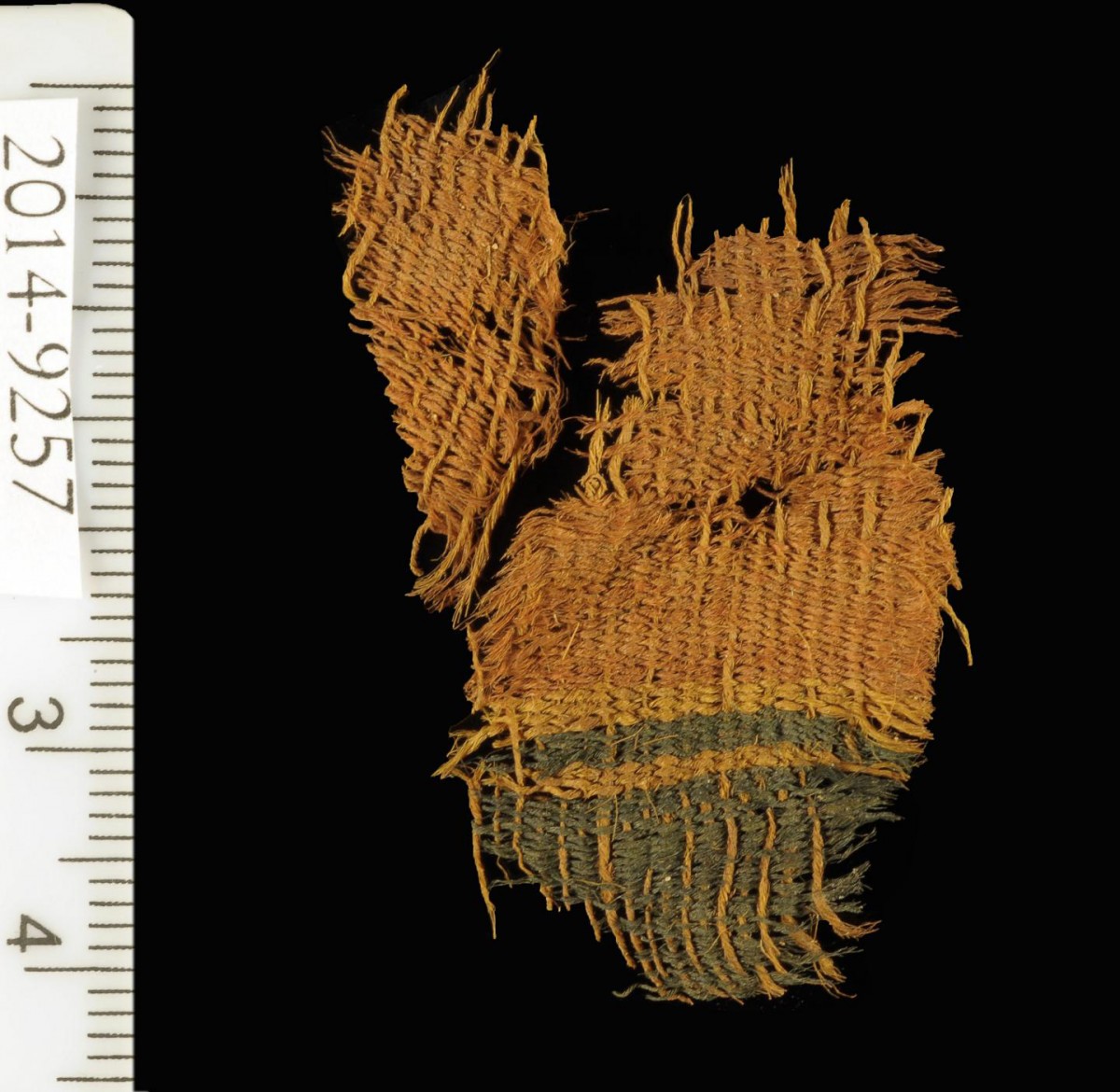 Fabric collection discovered dating back to Kings David and Solomon

The ancient copper mines in Timna are located deep in Israel’s Arava Valley and are believed by some to be the site of King Solomon’s mines. The arid conditions of the mines have seen the remarkable preservation of 3,000-year-old organic materials, including seeds, leather and fabric, and other extremely rare artifacts that provide a unique window into the culture and practices of this period.

A Timna excavation team from Tel Aviv University led by Dr. Erez Ben-Yosef has uncovered an extensive fabric collection of diverse color, design and origin. This is the first discovery of textiles dating from the era of David and Solomon, and sheds new light on the historical fashions of the Holy Land. The textiles also offer insight into the complex society of the early Edomites, the semi-nomadic people believed to have operated the mines at Timna.

The tiny pieces of fabric, some only 5×5 centimeters in size, vary in color, weaving technique and ornamentation. “Some of these fabrics resemble textiles only known from the Roman era,” said Dr. Orit Shamir, a senior researcher at the Israel Antiquities Authority, who led the study of the fabrics themselves.

“No textiles have ever been found at excavation sites like Jerusalem, Megiddo and Hazor, so this provides a unique window into an entire aspect of life from which we’ve never had physical evidence before,” Dr. Ben-Yosef said. “We found fragments of textiles that originated from bags, clothing, tents, ropes and cords.

“The wide variety of fabrics also provides new and important information about the Edomites, who, according to the Bible, warred with the Kingdom of Israel. We found simply woven, elaborately decorated fabrics worn by the upper echelon of their stratified society. Luxury grade fabric adorned the highly skilled, highly respected craftsmen managing the copper furnaces. They were responsible for smelting the copper, which was a very complicated process.”

A trove of the “Seven Species”

The archaeologists also recently discovered thousands of seeds of the Biblical “Seven Species” at the site — the two grains and five fruits considered unique products of the Land of Israel. Some of the seeds were subjected to radiocarbon dating, providing robust confirmation for the age of the site.

“This is the first time seeds from this period have been found uncharred and in such large quantities,” said Dr. Ben-Yosef. “With the advancement of modern science, we now enjoy research options that were unthinkable a few decades ago. We can reconstruct wine typical of King David’s era, for example, and understand the cultivation and domestication processes that have been preserved in the DNA of the seed.”

The power of copper

Copper was used to produce tools and weapons and was the most valuable resource in ancient societies. Its production required many levels of expertise. Miners in ancient Timna may have been slaves or prisoners — theirs was a simple task performed under difficult conditions. But the act of smelting, of turning stone into metal, required an enormous amount of skill and organization. The smelter had to manage some 30 to 40 variables in order to produce the coveted copper ingots.

“The possession of copper was a source of great power, much as oil is today,” Dr. Ben-Yosef said. “If a person had the exceptional knowledge to ‘create copper,’ he was considered well-versed in an extremely sophisticated technology. He would have been considered magical or supernatural, and his social status would have reflected this.”

To support this “silicon valley” of copper production in the middle of the desert, food, water and textiles had to be transported long distances through the unforgiving desert climate and into the valley. The latest discovery of fabrics, many of which were made far from Timna in specialized textile workshops, provides a glimpse into the trade practices and regional economy of the day.

“We found linen, which was not produced locally. It was most likely from the Jordan Valley or Northern Israel. The majority of the fabrics were made of sheep’s wool, a cloth that is seldom found in this ancient period,” said TAU masters student Vanessa Workman. “This tells us how developed and sophisticated both their textile craft and trade networks must have been.”

“‘Nomad’ does not mean ‘simple,'” said Dr. Ben-Yosef. “This discovery strengthens our understanding of the Edomites as an important geopolitical presence. The fabrics are of a very high quality, with complex designs and beautiful dyes.”