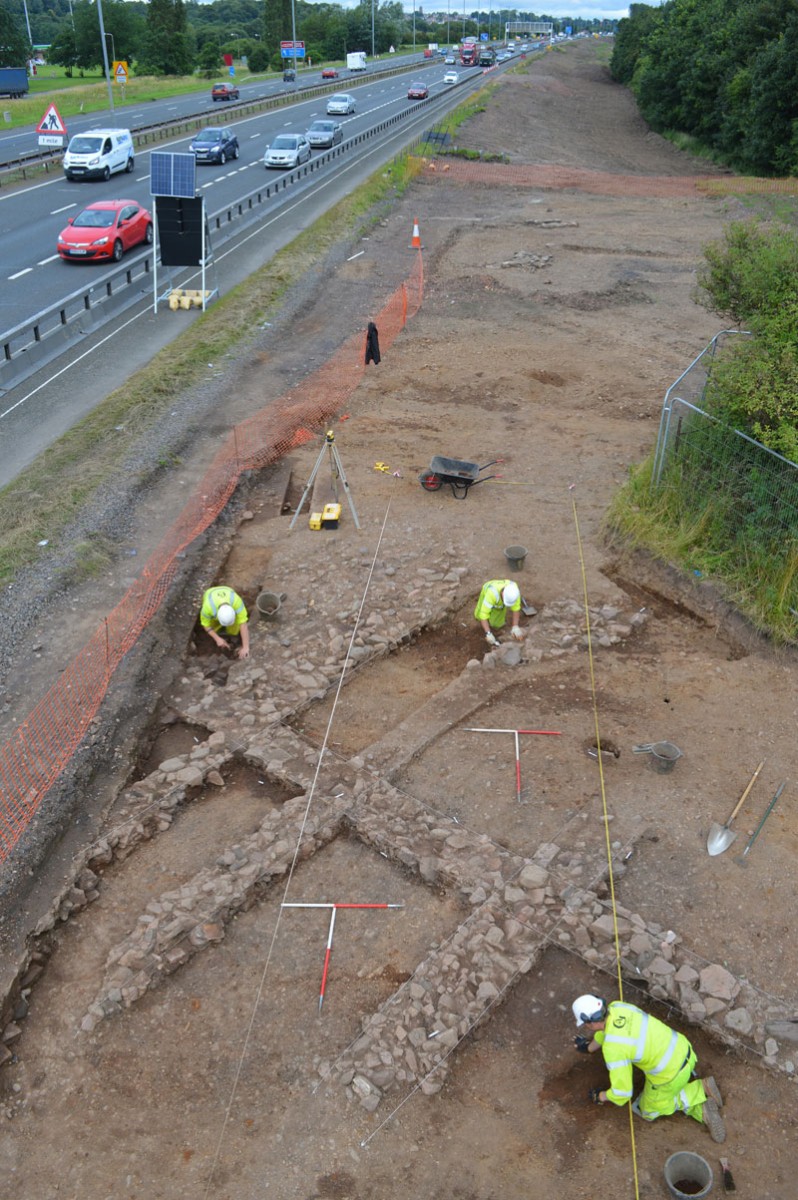 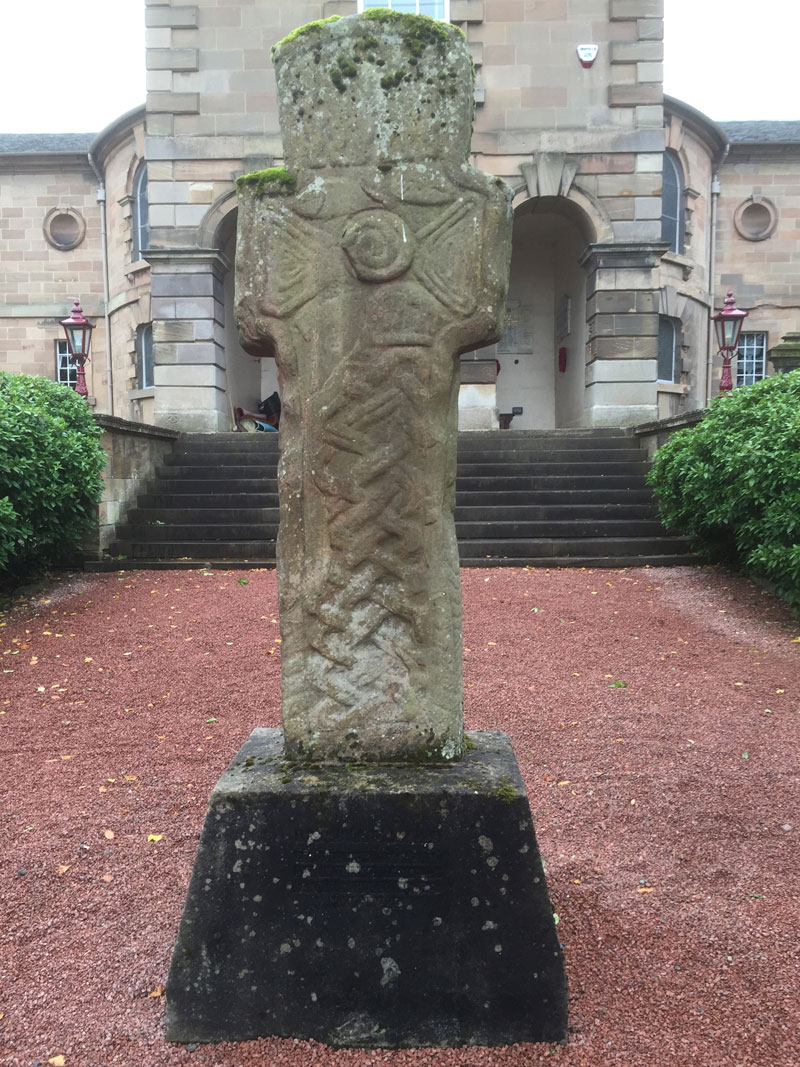 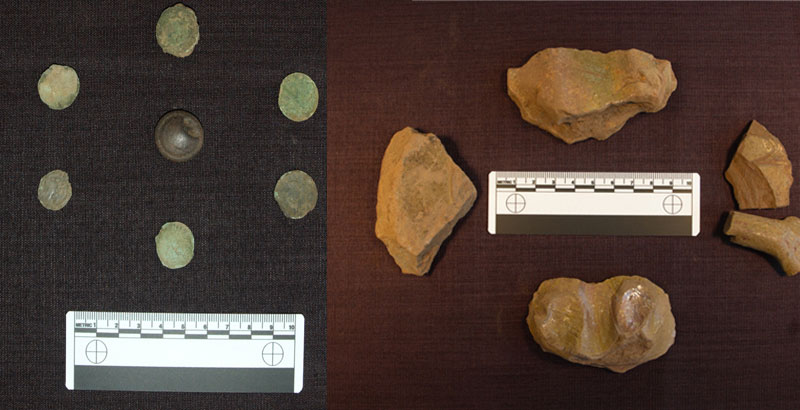 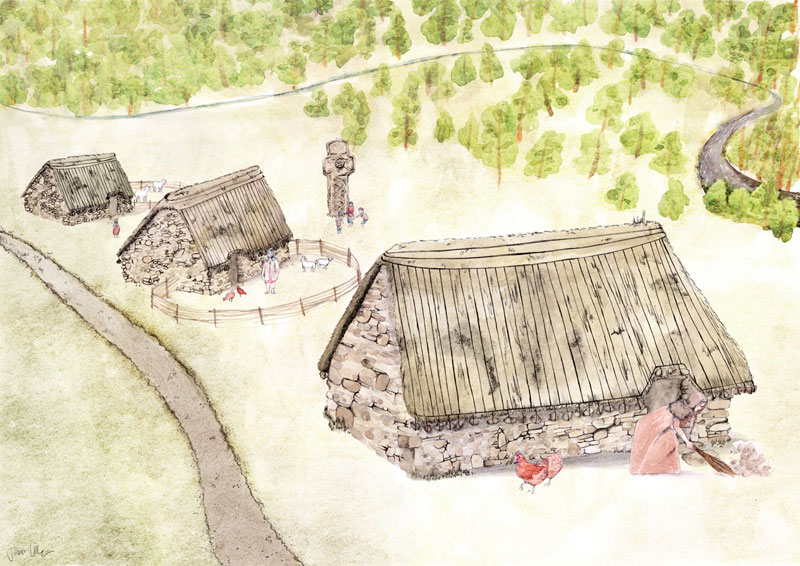 1000 Year Old ‘Lost’ Village of Cadzow and other artefacts uncovered by archaeologists.

Construction work to upgrade Central Scotland’s motorway network on the M74 near Hamilton has unearthed a rare archaeological discovery, including remnants of a medieval village and a collection of mediaeval coins believed to date from the 10th or 11th Century.

The discovery was made on the verge of the M74 motorway near Junction 6 Hamilton, opposite Hamilton Services, where the carriageway is being widened as part of the £500m M8 M73 M74 Motorway Improvements Project.

Keith Brown, Minister for Infrastructure, Investments and Cities, visited the site and viewed the rare collection of coins and artefacts, which archaeologist believe to be more than 1000 years old and could finally identify the location of the lost village of Cadzow.

Mr Brown said: “When complete, the upgrade of the M8, M73 and M74 motorways will greatly improve journey time reliability and provide opportunities for business, leisure and tourism industries throughout the central belt and beyond – not only that, these works are helping uncover Scotland’s ancient past.

“This dig has unearthed two medieval structures, nine medieval coins, gaming pieces, shards of pottery and a lead pistol shot, possibly from the Battle of Bothwell Bridge (1679) – collectively, they provide a rare insight into life in Scotland in the Middle Ages.

“The discoveries on the M74 near Hamilton, which could have remained uncovered had works not started, are truly remarkable and underline the importance of the value we place on meeting our environmental obligations as we plan and construct essential new infrastructure.”

Scottish Roads Partnership (SRP), the contractor delivering the upgrade to the motorway network on behalf of Transport Scotland, made the discovery while preparing the ground for construction of the new lane, uncovering two ancient stone structures beneath the surface.

Work on the motorway construction stopped to allow a specialist team from Guard Archaeology to investigate the site and safeguard anything of historic interest.

Warren Bailie, Project Manager for Guard Archaeology Ltd., who oversaw the excavation and recorded the finds, believes the discovery is extremely rare within such an industrial area. Mr Bailie said: “We’ve been on site for 18 months now and this is the most significant discovery to date. Medieval remains rarely survive in industrial centres such as Glasgow due to widespread industrialisation of the nineteenth century, including mining, road and housing construction. Very few mediaeval settlements have survived, so we’re delighted to recover and record such a rare and interesting piece of Scottish history.”

The two medieval structures lie adjacent to a memorial stone which rests against a tree on the motorway verge, which Mr Bailie believes are linked.

The memorial stone, which marks the former position of the 1000 year-old Netherton Cross, may provide a clue as to why the area has survived undisturbed until now.

Mr Kevin Mooney, Project Director for the excavation, added: “It is believed one of the structures was literally on the position of the Netherton Cross, and there is a possibility that one or other of these buildings may have had some religious connection, although further analysis of the artefacts may shed some light on this.

“Despite the area being heavily mined in the early 1900s, it’s possible the area around the Netherton Cross was not disturbed for religious reasons. “We are not sure of the age of these structures just yet, however, the Netherton Cross dates from the 10th or 11th Century, therefore it is possible that the surrounding buildings could date from the same period – so we could be looking at a site and artefacts that are 1,000 years old.”

During the archaeological dig the team found nine medieval coins, fragments of animal bone, clay smoking-pipe fragments and more than 200 shards of glazed medieval pottery that could date to the 1400’s or earlier.

Mr Mooney added: “It is very unusual to find so many coins in one place. We think it’s possible that people thought it lucky to leave a coin at the religious shrine.

“We’ve also discovered two gaming pieces, one carved of stone and the other a circle of green-glazed medieval pottery, which could have been used in a mediaeval game of some sort. This provides us with an all too rare glimpse into the past, shedding light on the mediaeval beginnings of Hamilton.”

The team also found a lead pistol shot in the floor of one of the structures, possible evidence that an officer involved in the Battle of Bothwell Bridge (1679) may have taken cover in the, then ruins, of the buildings at Netherton.

The remnants of the structures and the contents have been photographed, recorded and were deemed to be of sufficient importance to report to Historic Environment Scotland.

Further analysis and dating of the coins, as well as the other artefacts will provide a greater understanding of how these people lived, how long these structures were occupied for, when they were constructed and subsequently abandoned. This new information will then be compared with other medieval findings in the immediate and wider Glasgow area.