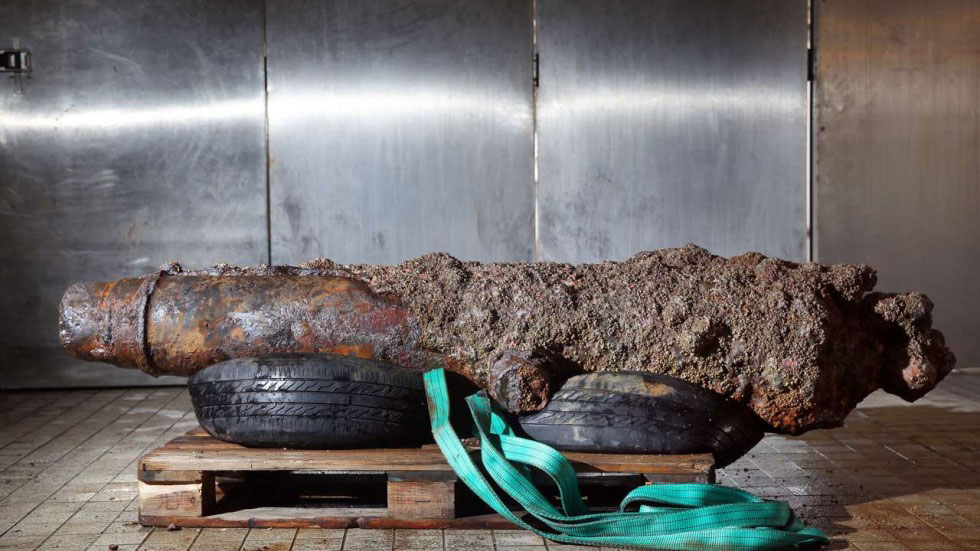 The discovery was made over the weekend

A diving team recovered a cannon and an anchor stock around Basalt Island, highlighting the area’s maritime heritage.

The anchor stock, the upper part of an anchor, the divers from the Hong Kong Underwater Heritage Group found is thought to date to the Song Dynasty, namely it is over 1,000 years old and the oldest artefact found underwater in the Hong Kong area.

Dr Libby Chan Lai-pik, senior curator at the Hong Kong Maritime Museum –which is a sponsor of the Underwater Heritage Group– said that the anchor demonstrates that Hong Kong was potentially quite advanced regarding sea trade during the Song Dynasty and the location is worth investigating.

The cannon which was also found in the area was located at a site discovered two years ago by a local diver, Raymond Man. It weighs a tonne and was covered in concretion, and a group of seven divers and 25 dives were needed for it to be lifted. The divers used hammers and a car jack to release the cannon from the seabed, and then used a balloon and crane to lift it onto a ship. According to Paul Harrison, a conservationist with the Maritime Museum, it is estimated to date to the 1830s or 1850s.

A second canon was buried beneath the one retrieved, but it could not be recovered this time.

According to Dr Bill Jeffery, research associate at the Maritime Museum and associate professor at the University of Guam, the artefacts highlight the area’s maritime significance and add valuable knowledge to Hong Kong’s maritime history.

The two artefacts are officially government property, but there is hope that the Antiquities and Monuments Office will participate in an effort to showcase the artefacts in the Maritime Museum.