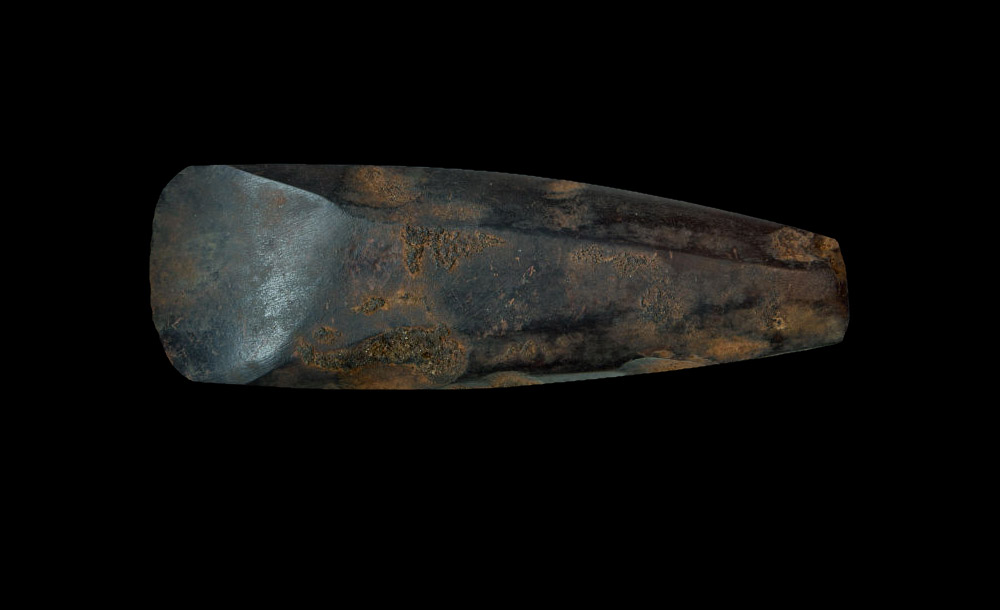 A rare and intimate glimpse of the complex funerary rituals

Archaeologists have shed new light on the belief systems of early Mesolithic hunter-gatherers after analysing cremated remains and artefacts given as grave offerings from the earliest recorded human burial site in Ireland.

The team says it shows a rare and intimate glimpse of the complex funerary rituals taking place on the banks of the River Shannon at Hermitage, County Limerick, over 9,000 years ago.

The team, led by Dr Aimée Little from the Department of Archaeology at the University of York, analysed cremated remains dating from 7530-7320 BC—the earliest recorded human burial and grave assemblage.

Unusually for such an early burial, the person’s body had been cremated and then buried, rather than a more simple form of inhumation.

The site also featured evidence for a grave-marker; a post which would have marked the spot at which the cremated remains were buried long after the event itself.

A highly polished stone adze interred with the remains, thought to represent the earliest known completely polished adze or axe in Europe, was revealed to have been commissioned for burial at the site.

Microscopic analysis of the adze’s surface demonstrated a short duration of use, indicating its purpose was for funerary rites.

It was then intentionally blunted, probably as part of the funerary rites, which the researchers have suggested may have been a ritual act symbolising the death of the individual.

The findings mark Hermitage out as an exceptionally important site for the Early Prehistory of North West Europe.

Dr Little said: “Through technological and microscopic analysis of the polished adze it has been possible to reconstruct the biography of this remarkable grave offering.

“The special treatment of this adze gives us a rare and intimate glimpse of the complex funerary rituals that were taking place graveside on the banks of the River Shannon over 9,000 years ago.”

Dr Ben Elliott added: “The adze is exceptional as we traditionally associate this polished axes and adzes like this with the arrival of agriculture in Europe, around 3000 years later.

“Although polished axes and adzes are known from pre-agricultural sites in Ireland and other parts of Europe, to find such a well-made, highly polished and securely dated example is unprecedented for this period of prehistory.”