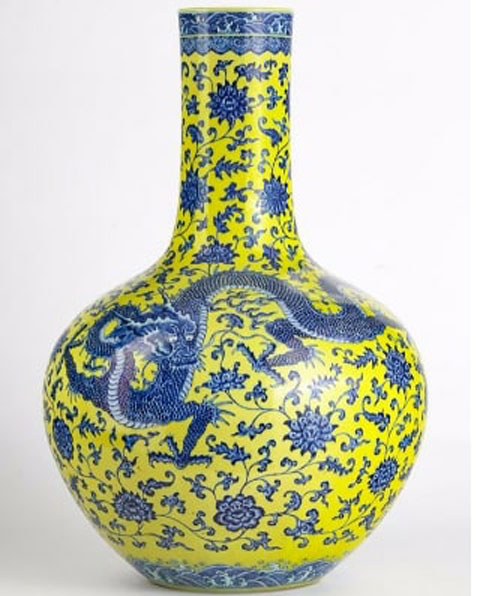 A Chinese vase with an estimated value of 500 to 800 Swiss francs (430-690 euros) was sold for a record 5 million Swiss francs (4.3 million euros), announced the Genève-Enchères auction house.

“This is the hammer price to which the commission must be added, i.e. a total of 6.08 million Swiss francs (5.4.illion euros), for the buyer, a lover of Asian art” said auctioneer Olivier Fichot. The price is 10,000 times higher than the estimate given in the catalogue.

According to the auction catalogue, the vase is 60 cm high, depicts three blue dragons on a yellow background and dates from the early 20th century, but bears a dubiously authentic stamp of the 18th century Qianlong era.

The two people interested in the vase entered a bidding contest for its purchase, believing that the vase dated from the 18th century, according to the auctioneer. “I tend to be cautious in my estimations”, he added, stressing that it is difficult to accurately evaluate an object.

The buyer was in the auction room while his competitor bid on the phone.

The vase was part of a collection of Asian art in Geneva, whose 50 pieces were scattered in various auctions. According to Fichot, this is the highest price fetched by an item auctioned in Geneva, other than jewellery and watches.

The previous record of this auction house was a bronze Buddha sold for 550,000 Swiss francs.