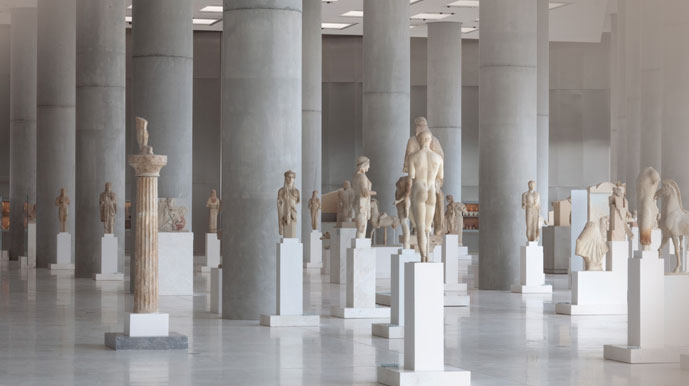 Survey on the cultural profile of Athenians

73% of Athenians love culture. Eight in ten Athenians read books. 56% go to the theatre at least once a year—they prefer it as an art form—48% listen to classical music and attend musical events, 50% love the cinema, 39% prefer old Greek films, 49% find that ancient Greek culture expresses them better than its modern counterpart (23%). They are however generally divided on whether cultural expression is influenced more by Greek Orthodox tradition or by European culture.

At least, this is what the general survey shows conducted by Public Issue on behalf of the Cultural Network of the Municipality of Athens-Athens Culture Net. The Network consists of 44 organizations and operates with the Stavros Niarchos Foundation as its founding sponsor.

According to the results presented by Yannis Mavris, the company’s head and managing director, “Athenians are generally convinced that the city provides a wide range of cultural choices and indeed we have some indication that confirms an emerging market. I would say we are close to the ‘take off’ of culture.”

The survey was conducted between October 24 and November 1 on a sample of 1,004 individuals drawn from a population of 550,000 in seven municipal communities of the Athens Municipality.

32% of Athenians found that cultural events taking place in their city were neither expensive nor cheap.

Regarding visitor rates to cultural sites, the Acropolis Museum is the most popular destination, since 39% declare to have visited it at least once a year. It is followed by the Stavros Niarchos Foundation Cultural Centre, which has been visited by 26%. In third place regarding popularity is the Technopolis of the Municipality of Athens with 24%, followed by the Megaron Concert Hall with 22% and the Benaki Museum, which in the last 12 months states that it was visited by 19%.

“I am very glad that the survey confirms our choice to target culture as a strategic asset of Athens,” said Athens Mayor George Kaminis during the survey’s presentation, stressing that “culture enhances Athens as an emerging tourist destination, while also leaving a large economic footprint in the life of the capital”.

The Mayor of Athens mentioned the positive impact of documenta 14 in Athens with 340,000 visitors to the exhibition, as well as the big bet of Athens being nominated World Book Capital 2018.