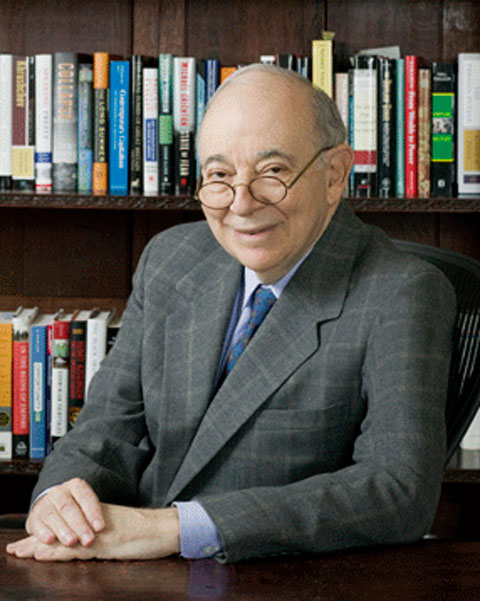 In the field of Greek prehistoric archaeology

Malcolm Hewitt Wiener, founder of the Institute for Aegean Prehistory (INSTAP) and the Wiener Laboratory in the American School of Classical Studies at Athens, was elected a corresponding member of the Athens Academy in the field of Greek Prehistoric Archaeology by the institution’s plenary session.

Dr Wiener was born on July 3, 1935 in Tsingtao, Northeast China and is a graduate in classical studies of Harvard University (1957) and Harvard Law School (1963). He was a founding member and CEO of US-based private equity firms, a member and director of the Council of Foreign Relations (CFR), a non-party organization that aims to improve understanding of US foreign policy and international affairs through the free movement of ideas. During this period, he published many works touching on economic policy.

As a scholar of Aegean Prehistory, he has contributed a great number of scientific articles on subjects that mainly concern Cretan-Mycenaean culture. These articles can be divided into the following three thematic categories:

-Articles dealing with the problems of absolute dating of the Aegean in the 2nd millennium, in which he used the results of natural sciences (radiocarbon dating, dendrochronology, astronomical observations) in combination with the study of the excavation stratigraphy of various Aegean sites.

-Articles on the phenomenon of the Minoan transformation of Mycenaean Greece, for which he aptly proposed the interpretative model of the “Versailles Syndrome” as an explanation i.e. the influx and imitation of French cultural elements in mainland Europe during the 18th century AD.

-Articles on the impact of climatic change and the dynamics of the human factor in the collapse of cultures.

Dr Wiener financially supported the research of Aegean prehistory in various ways. He founded research institutes such as the INSTAP in Philadelphia, USA, in 1982, and its annex in Pachia Ammos (near the Minoan city of Gournia), in Mirabello Bay, eastern Crete, in 1997. In 1992 he also founded the Wiener laboratory , which is housed in the American School of Classical Studies at Athens, and deals with the application of modern scientific techniques in the study of archaeological finds (ceramics, human and animal skeletal remains, paleoenvironmental remains) from Greece and the greater area of the Mediterranean. Through these institutions, he funded a number of excavations and research programmes related to Aegean prehistory, most of which he also attends personally. Among them are big and famous excavations such as those at the Akrotiri in Santorini, Mycenae, and Tsepi, Marathon. Mostly, however, he has, over many years, been supporting all studies and excavations concerning prehistoric archaeology in Greece, making a decisive contribution to the progress of research, at a very adverse time for all humanitarian matters.

He is a recipient of many distinctions for his services to Aegean Prehistory. Among others, the Gold Cross of the Order of Honour from the Hellenic Republic and honourary doctorates from seven Universities including the University of Athens.