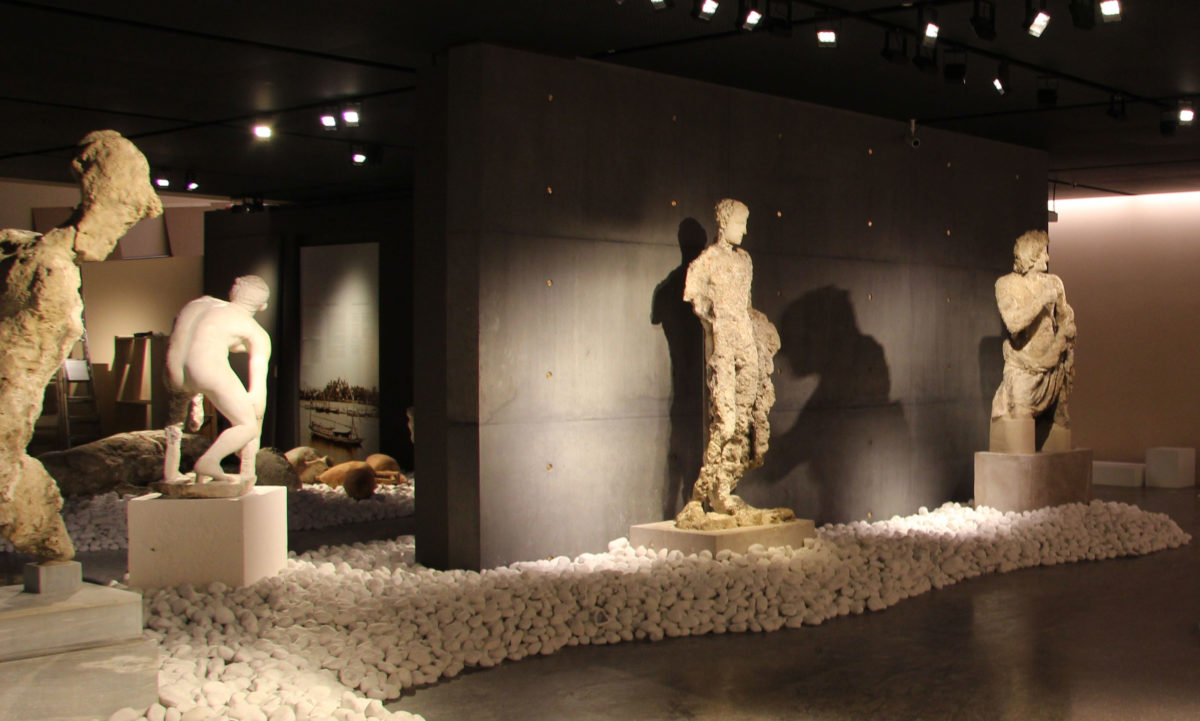 “The Antikythera Shipwreck” will travel to Beijing

“The Antikythera Shipwreck” the temporary exhibition that was on at the National Archaeological Museum from 2012 to 2014 drawing 800.000 visitors and given two extensions due to its success, will “travel” to Beijing. Two famous works will not be sent to China however, as was the case in 2015 when the exhibition left the country for the first time, presenting over 370 finds from the Shipwreck at the Basel Museum of Ancient Art and the Ludwig Collection in Switzerland. Because of their importance and fragile state, the Ephebe/Youth and the Mechanism of Antikythera have been declared ‟immovable”.

Specifically, 342 antiquities from the National Archaeological Museum as well as one work from the Ephorate of Underwater Antiquities will “travel” to the Museum of the Forbidden City (the Palace Museum) in Beijing, following a request from the latter. It had been known from the beginning of the year that the Chinese had been very interested in the above exhibition as well as in underwater archaeology. The Central Archaeological Council recently gave the “go ahead” for the above request, while the temporary export of 42 works from the Numismatic Museum was not discussed during the meeting, as the final proposal related to this had not been completed.