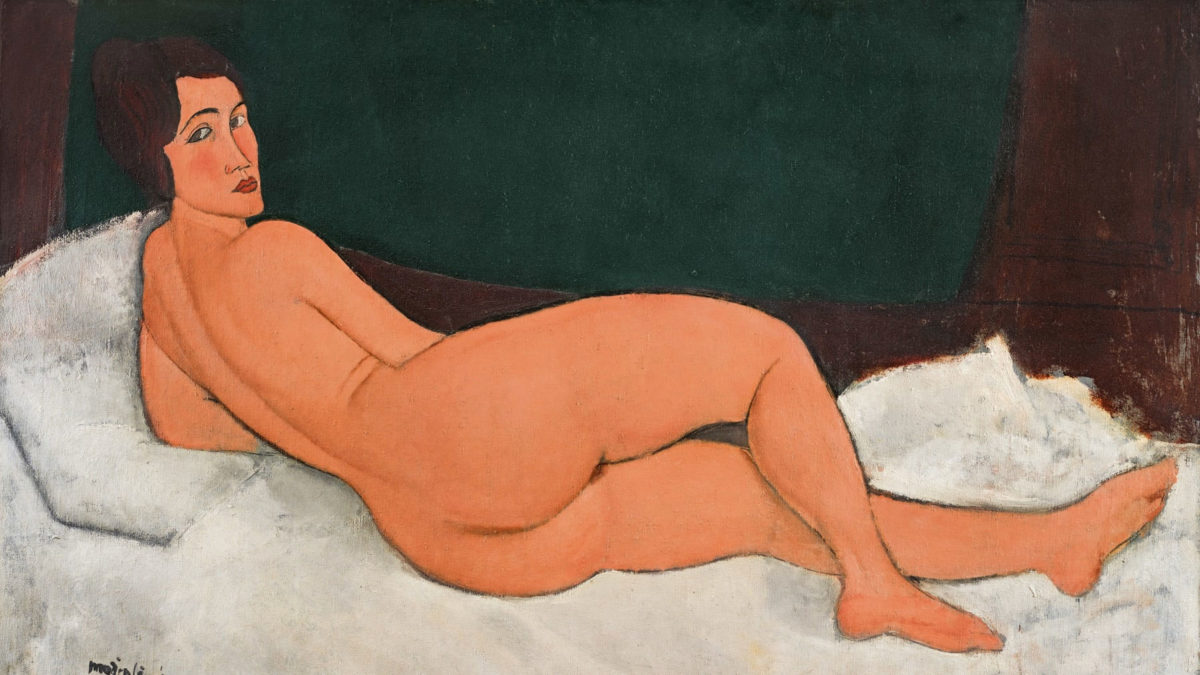 A painting by Italian artist Amedeo Modigliani was recently sold for 157.2 million dollars at Sotheby’s and has become the fourth most expensive painting to be auctioned.

The painting “Nu couché/Reclining Nude” did not break the record for a work by the most Parisian of ltalian painters, achieved in November 2015 by another “Reclining Nude” sold by Christie’s for 170.4 million dollars.

The starting price was 125.million dollars in the recent auction, covered by a price guarantee that Sotheby’s refused to disclose. Offers could be counted on the fingers of one hand and were all made by private collectors who participated by phone. The price eventually came to 139 million dollars with the closing price at 157.2 million including expenses and commissions. Sotheby’s refused to reveal the buyer’s identity.

In a Press Conference following the auction, Simon Shaw, Co-Head Worldwide of Sotheby’s Impressionist and Modern Art Department, welcomed the “new important moment” in the auction house’s history. Never before has this house, founded in 1744, sold a work for such a price.

The 1917 painting just exceeded the sum of 150 million dollars at which it had been valued and it was by far the most expensive estimate placed on any work to be auctioned.

In Simon Shaw’s opinion, this sale reflects the critical and commercial reassessment of a work by Modigliani (1884-1920) who died aged 35 of complications related to meningitis. Shaw also pointed out that only five years earlier a record sale for a work by the Italian artist was 42 million dollars.

When it was last shown at auction in 2003, the recently sold “Reclining Nude” had been estimated at 26.9 million dollars.

The painting was the best work of the summer sales in New York and far more profitable than Pablo Picasso’s “Girl with basket of flowers” sold for 115 million dollars by Christie’s during the sale of the Rockefeller collection.

It is the artist’s largest painting measuring 146x 89 cm. The work is part of a series of 22 nudes of which it is the only one depicting the entire model from head to toe. Nine nudes among them are still in the hands of private collectors.

When presenting the work before the auction, Simon Shaw mentioned that this series revolutionized the art of the nude in painting, describing the specific work as “subtly radical”.“While having its roots in tradition, it reflects the change of womens’ status during the First World War. It assimilates both the historical authorities on the nude and 20th century painting, while embodying the emancipation of the woman who is confident and self possessed in her sexuality. The works entirely captures our gaze.”