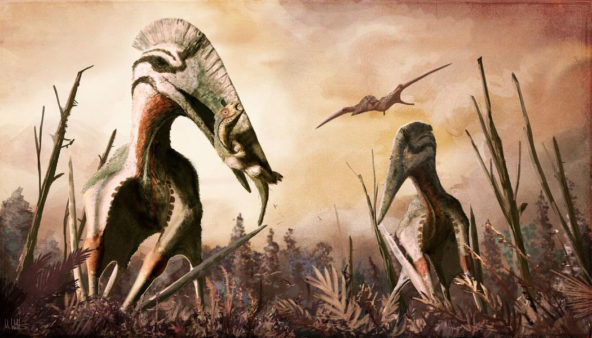 Restoration of the giant azhdarchid pterosaur Hatzegopteryx catching an unsuspecting dinosaur for supper. In addition to carnivory, azhdarchids have been hypothesised to have eaten fish, insects, fruits, hard-shelled organisms or a combination of them all. Credit: Mark P. Witton
- +
by Archaeology Newsroom
08 06 '18 09:26

Jurassic diet: why our knowledge of what ancient pterosaurs ate might be wrong