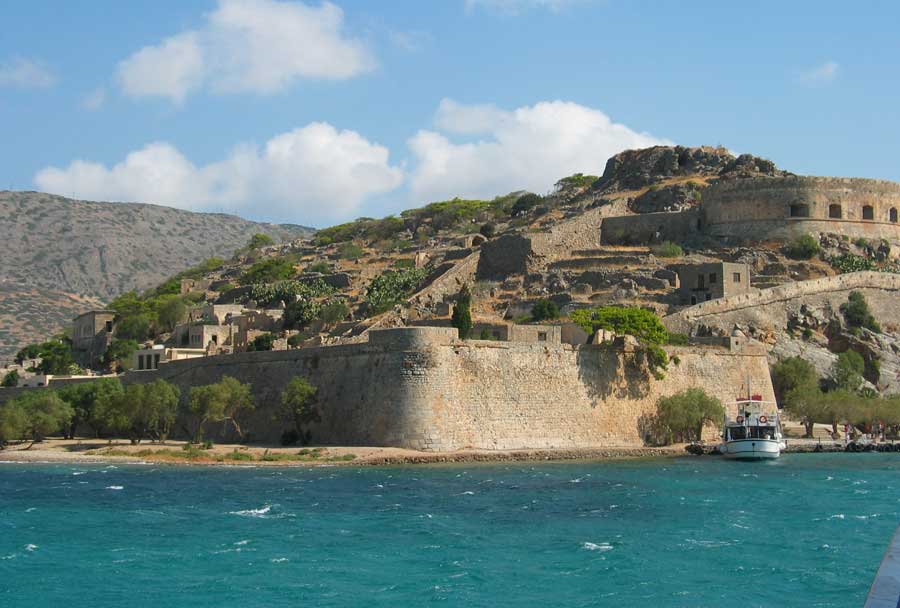 Concert in aid of Spinalonga Island

It is many years since the Leper colony closed down on Spinalonga in 1957, but this small, arid islet in the bay of Elounda is still synonymous with human pain and the struggle for survival. The sufferers from Hansen’s disease lived in confinement, barely cared for or nourished and died as social outcasts among the Ancient, Venetian and Ottoman ruins and in the Leper colony.

A joint effort is being made by the Municipality of Aghios Nikolaos, various sectors of the island, the Region of Crete and the Ministry for Culture to include Spinalonga on the UNESCO World Heritage List, hoping for positive results in January 2019. It is about time to highlight the struggle for survival of body and soul in conditions that annihilate human beings.

To promote its nomination to the international public, the municipality of Aghios Nikolaos in collaboration with the Ministry for Culture and the Ephorate of Antiquities of Lasithi is organizing a concert on July 18 of the specially commissioned piece of music “Apokopos” (The severed one) or Spinalonga to be performed on the island. The work was commissioned by the Municipality of Aghios Nikolaos to composer Nikos Xydakis and poet Dionysis Kapsalis and will be recorded so as to be included in the nomination dossier.

To pay tribute to Spinalonga, the writer of this poem Dionysis Kapsalis said at the press conference that he had used the ‟living popular speech of the great 16th century Cretan poem “Apokopos” by Begardis where the dreamlike descent to the underworld is described, combining it with elements from Orpheus and Eurydice and  the autobiography of Epameinondas Remoundakis, a great figure who dedicated his life and work to the struggles of the sufferers of Hansen’s disease when he arrived on Spinalonga in 1936 and tried to organize this place where human endurance was being tested”.

But, apart from decay, illness and death, love is also strongly present in the work, said Nikos Xydakis. ‟There is a need for beauty to prevail behind the gloom of the scarred faces and the hope that their pain will be overcome″.

For the preparation of this work, director Panos Karkanevatos made a moving documentary of Spinalonga’s ruined settlement with Vassilis Skoulas the narrator of Apokopos in this musical ‟descent into Hades″. The narrative alternates with intermedia for either voice or instruments, with songs by Thodoris Voutsikakis and the soprano Myrsini Margariti. Taking part in the concert is the Contemporary Music Orchestra of Greek Radio and Television/ERT.

As for the Municipality of Aghios Nikolaos, stakes are high since “the effort to include Spinalonga on the UNESCO World Heritage List began in 2007 with the supervision and guidance of the Prefecture and Technical Chamber of Lasithi.  The island attracts 3.500 visitors a day in August, some of which are the children of lepers who had lived on the island to the age of six and then were given up for adoption abroad, mostly in Sweden” said the Mayor of Aghios Nikolaos, Andonis Zervos.

Speaking at the press conference, Secretary General of the Ministry for Culture Maria Andreadaki-Vlazaki mentioned interesting facts about the island which has a centuries old history.

Spinalonga is a top tourist destination and among the first archaeological sites in revenue. It is the second in Crete in numbers of visitors, after Knossos.

It will be the first time that a monument in Crete is included on UNESCO’S World Heritage List. If this is the case, Spinalonga’s inclusion will constitute a definite criterion for registering all the Minoan palaces.

Spinalonga’s inclusion is a difficult venture because at present UNESCO is trying to include monuments from Africa and not from Europe as it did in the past.

The Ministry for Culture continues surveying, mapping and documenting the place and conserving individual monuments so more and more of them can be open to the public.

NSRF has funded the works with 4 million Euros and now another 500 thousand will go towards restoring the settlement’s walls.