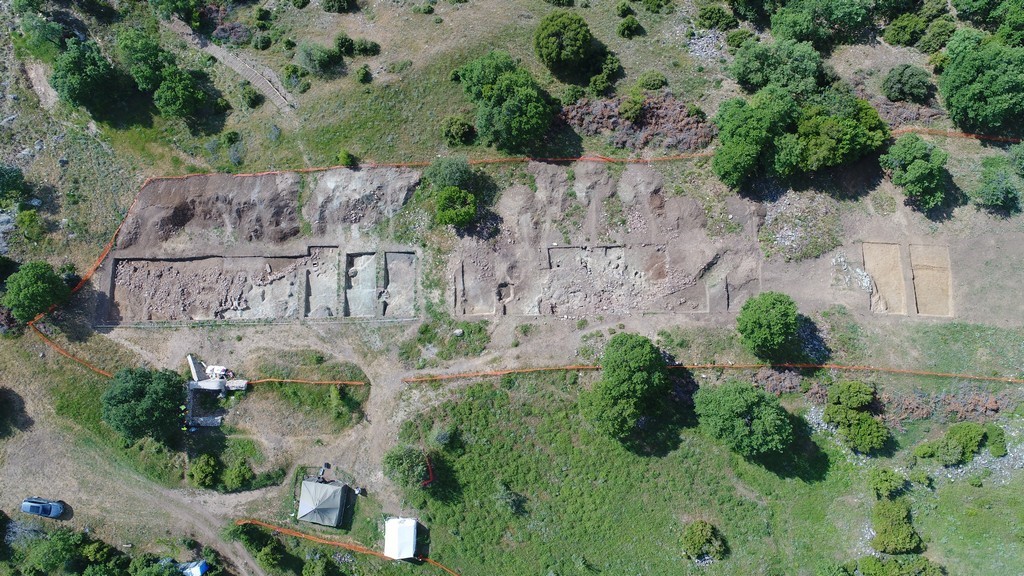 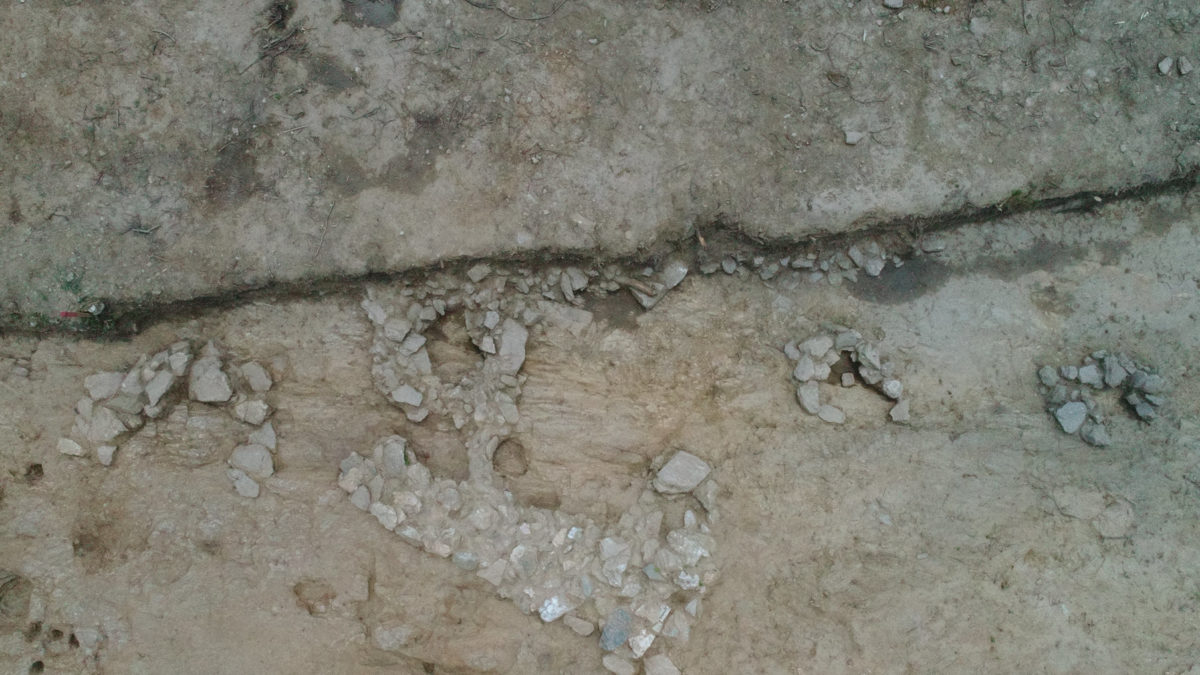 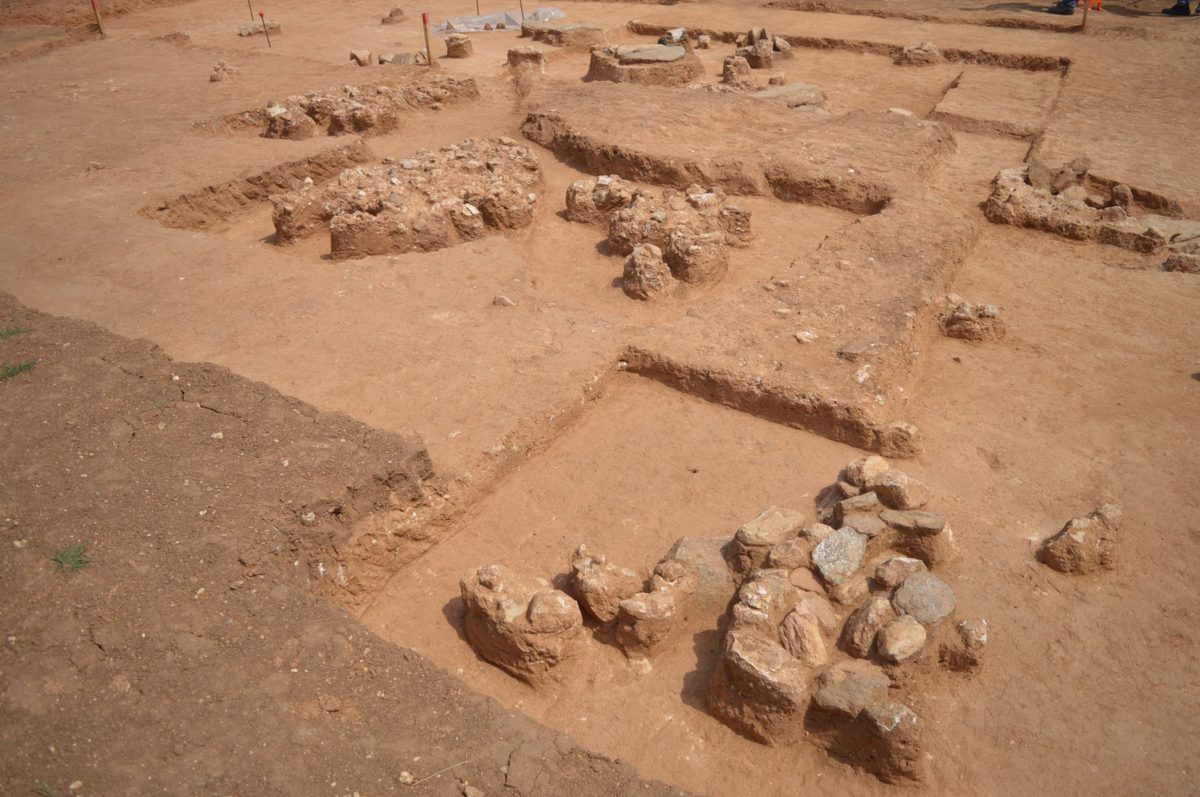 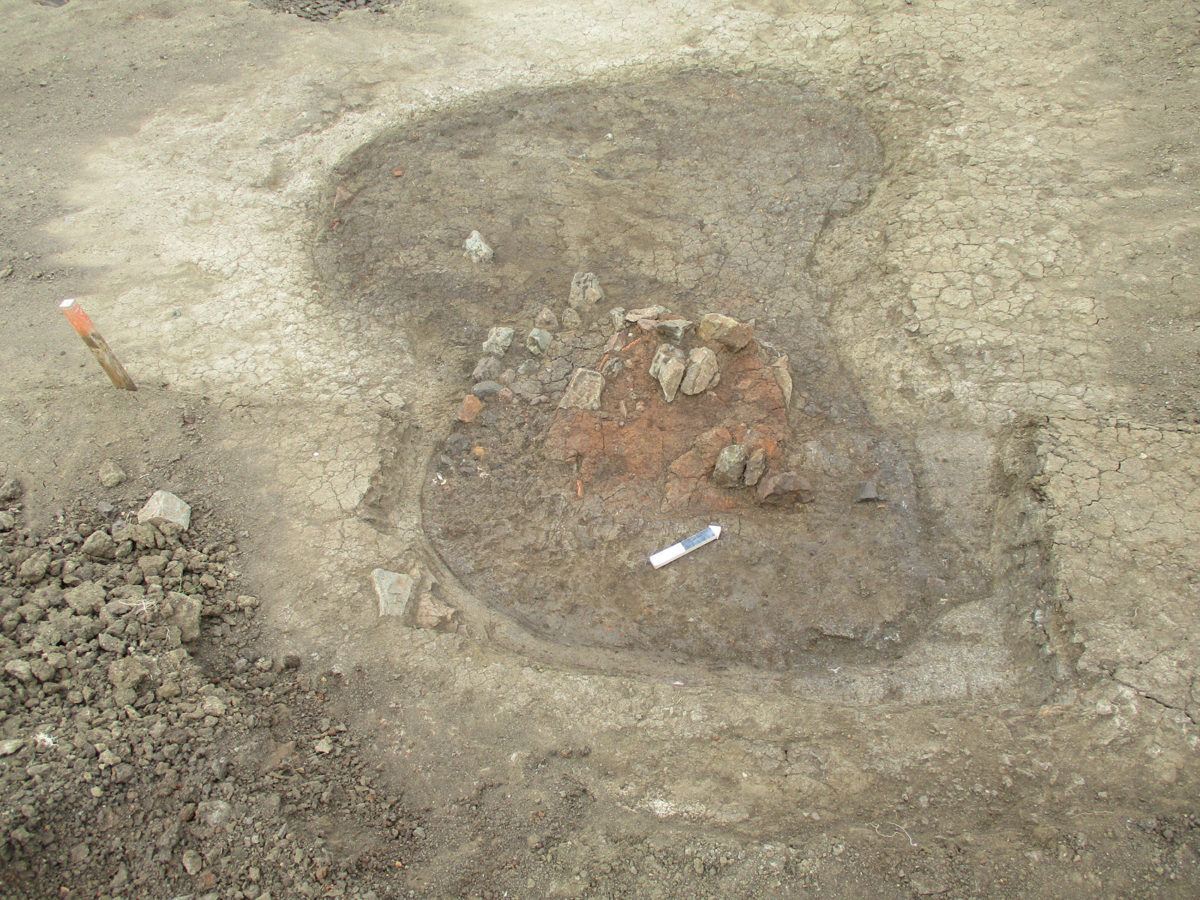 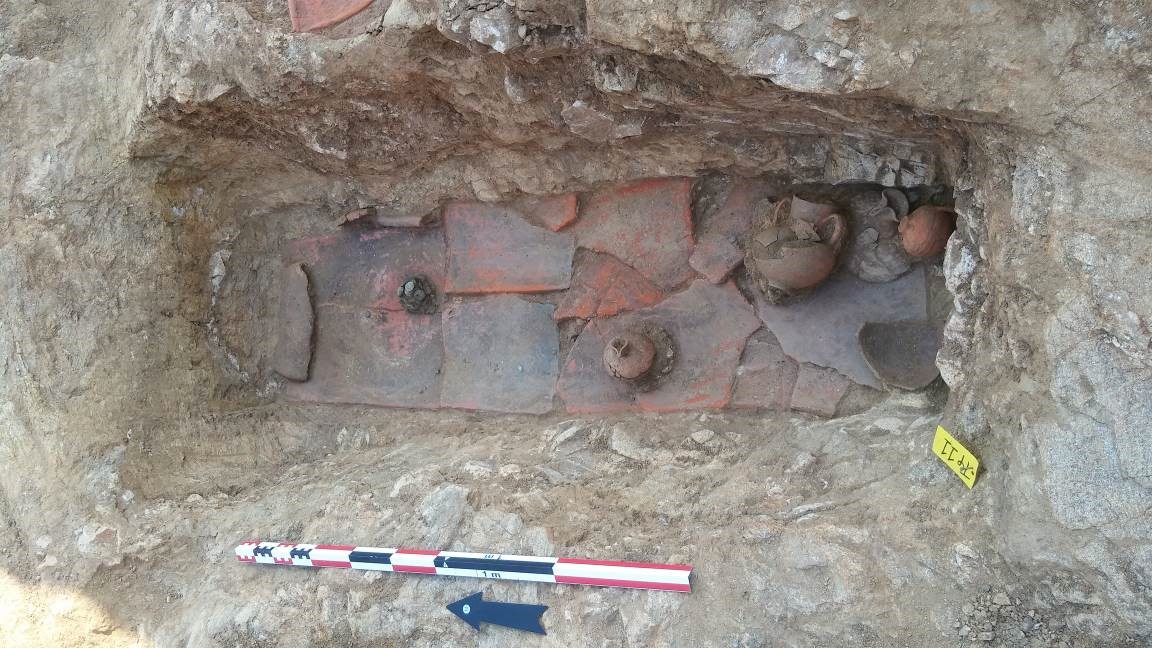 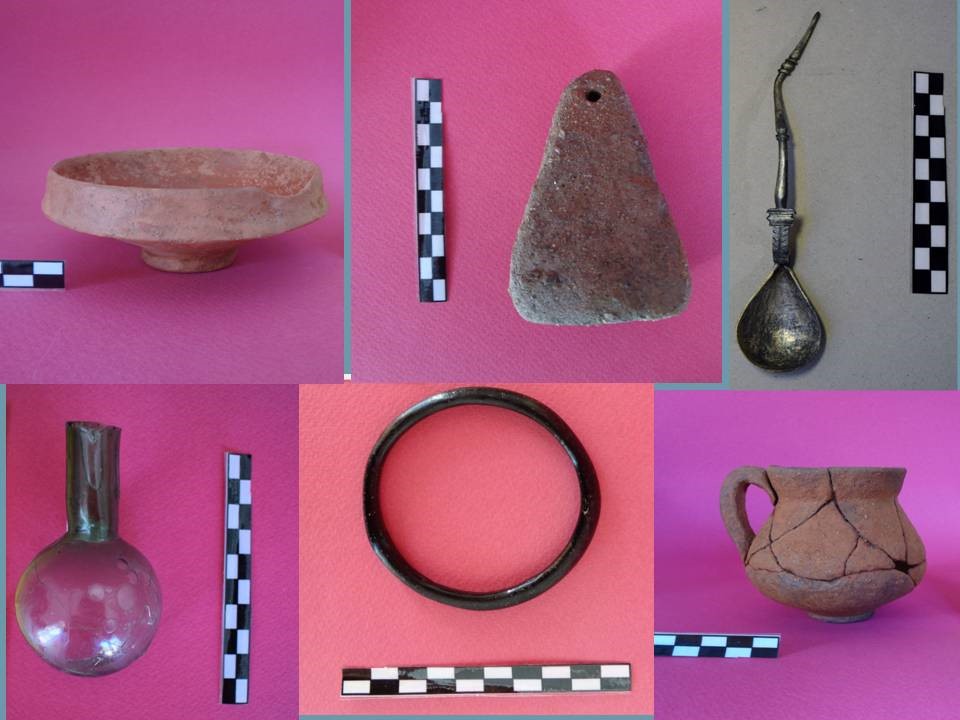 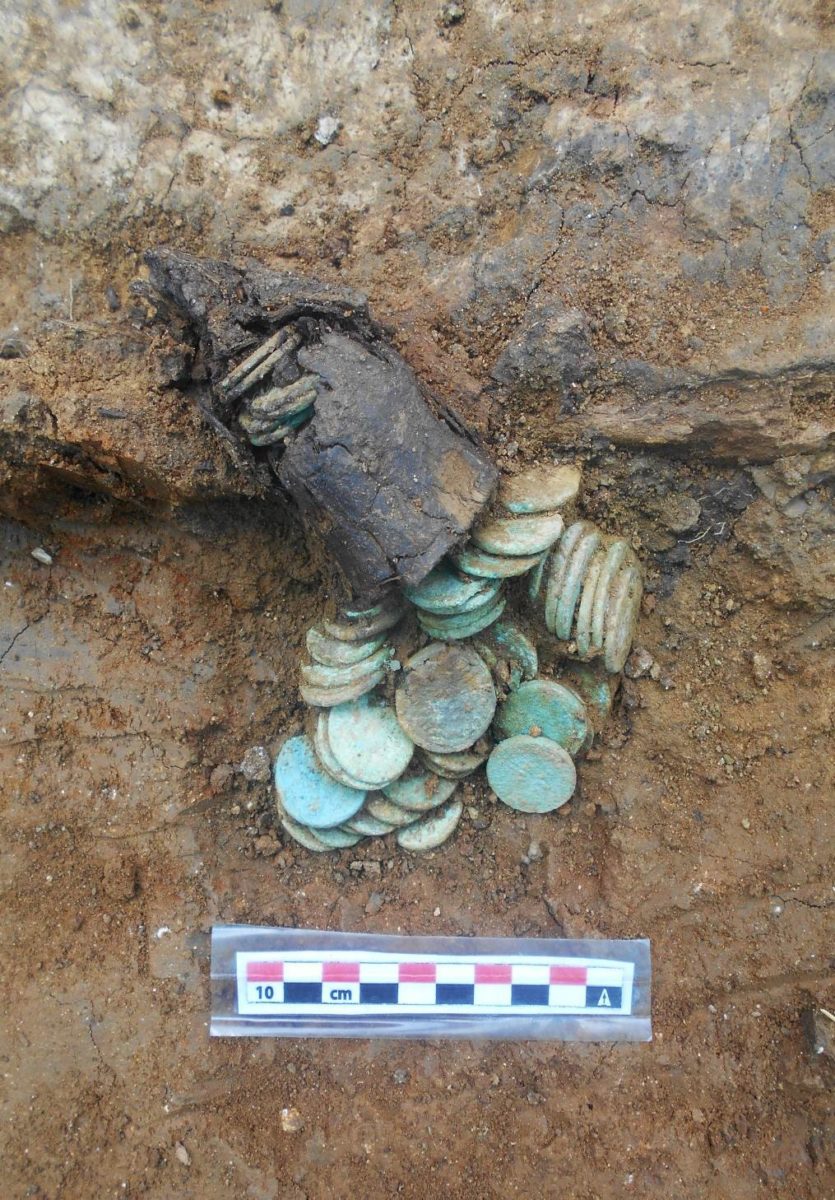 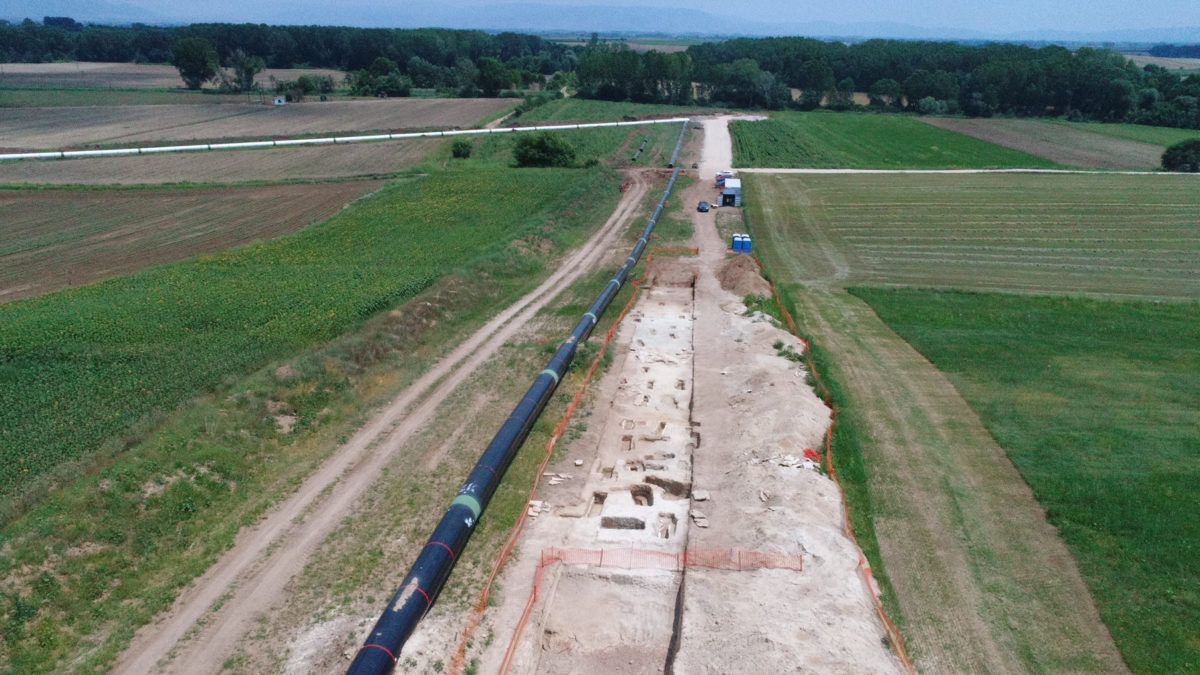 Remnants of human activity found during construction of TAP

In Thrace and Macedonia

More archaeological remnants of human activity in Central Macedonia from the Prehistoric to the Byzantine period have been brought to light in archaeological excavations, carried out in the context of construction works for the Trans Adriatic Pipeline (TAP) AG.

The work has been undertaken by archaeologists, who are employed in the area by the TAP project and monitored by the local Ephorates of Antiquities (of Thessaloniki, Kilkis and Serres), as well as the Ministry of Culture and Sports.

Starting off from the largest Regional Unit, and specifically the Municipalities of Langadas and Oraiokastro, archaeological works focused on an area extending from the Evangelistria district to Pentalofos and the River Gallikos. Thanks to these excavations, many archaeological sites were unearthed –particularly in the mountainous areas– that had remained unexplored to date. The Ephorate of Antiquities, under its head, Maria Tsiapali, and the archaeologist in charge, Anna Panti, singled out the most significant findings:

-Two ashlar-built graves in Evangelistria (in a poor condition).

-Ruins of a Roman building, between Lachanas and Evangelistria

-Remnants of Roman artisan workshops for the processing of leather or wool, north-west of Karteres

-Part of a late-Roman graveyard in the Drymos area

-Prehistoric settlement with two phases of habitation in Pentalofos​

Anastasios Keramaris, archaeologist at the Ministry of Culture and Sports in charge of the excavations carried out in Kilkis, described the unearthing of sites of archaeological interest during the preliminary construction works for TAP as “unexpected”. Excavations in the area focused on the “Theodosia” and “Isoma” sites, where parts of two organised Roman gravesites were found, as well as traces of buildings – possibly from the same chronological period.

In total, 48 burial sites were investigated in “Theodosia” and another 43 in “Isoma.” Several grave goods, accompanying the deceased on their final journey, also came to light in the context of these excavations. These include ceramic and glass pots, clay lamps, bronze coins and some jewellery. All findings are expected to be conserved and exhibited, so as to tell the long story of the place in which they were found.

Serres Regional Unity: Findings dating from the Prehistoric to the Byzantine period

Several sites and antiquities, dating from the Prehistoric to the Byzantine period, were excavated in the Serres Regional Unit. The excavations were monitored by the archaeologists Penelope Malama, former head of the local Ephorate of Antiquities, and Nicoletta Pylarinou. According to their research “the findings have enriched the area’s archaeological map with new data and confirmed our knowledge for already noted sites.” Some of these are:

-A Roman-late Roman (2nd-5th century AD) cemetery in Symvoli, west of the Aggitis River, with 74 graves

-Prehistoric settlements in Mandili and Messorachi. In the known archaeological site of Mandili, in use until the Byzantine period, remnants of buildings and waste-disposal pits were found. Relevant findings were also unearthed in Messorachi, as well as adorned potsherds dating to the Neolithic period (ca. 5,300-3,200 BC). Figurines, bone jewellery and chipped stone tools were also excavated.

-More than 40 artificial trenches (waste-disposal pits) in Nea Zichni, containing ceramics from the Archaïc and Classical period (8th-4th century BC). Interestingly, pots imported from Ionia, Attica and Corinth were found along products of local workshops.

-A child’s cist grave from the Archaïc period (late 6th century BC) in Neos Skopos, containing significant goods, such as a small Corinthian pot for storing essential oils with floral designs and golden trim.

-Three burial sites in Kefalochori. The first regards a prehistoric settlement, the second a settlement and cemetery dating from the Iron Age (11th-8th century) to the Hellenistic period, and the third a cemetery with grave circles. The extent and density of the findings in the second site, led TAP to re-route in this location.

The findings detailed above, as well as others that have already been published or are due to be announced in the future regarding the remaining areas of Northern Greece traversed by the pipeline, were identified in the context of the 400+ archaeological excavations and investigations works carried out in the pipeline’s Right of Way, as per

-the relevant Memoranda of Understanding and Cooperation that TAP has signed – with both the competent Ministry and the Ephorates of Antiquities all the regional units it crosses.

-TAP’s cultural heritage management plans, put in place to ensure the preservation of any archaeological artefacts and sites along the pipeline route.

As an EU Project of Common Interest (PCI), and following the second Connecting Europe Facility (CEF) Energy 2016 call for proposals, in February 2017, TAP was awarded a grant of €14,018,347. These amounts have been used to fund archaeological trial trench investigations and rescue excavations along the pipeline lots 2 and 3 in Greece (Kavala to Kastoria, approximately 360km in total).