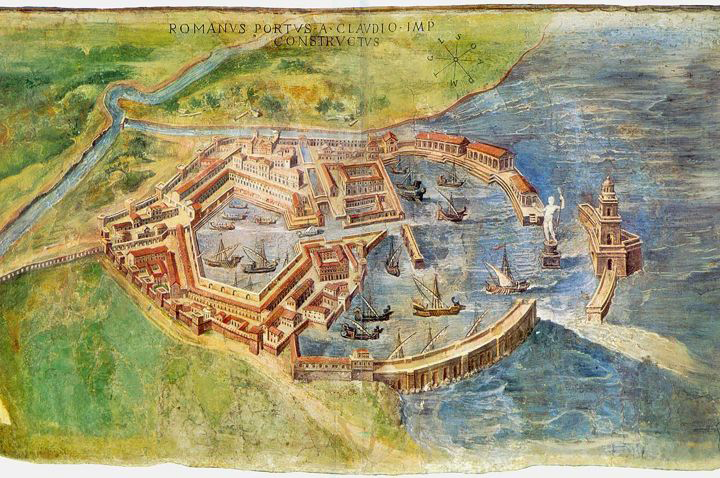 Researchers successfully reconstructed anthropic influences on sedimentation, including dredging and canal gates use, in the ancient harbour of Portus – a complex of harbour basins and canals that formed the hub of commerce in the capital of the Roman Empire.

The findings suggest that the Romans were proactively managing their river systems from earlier than previously thought – as early as the 2nd century AD.

The history was reconstructed using a range of high-resolution sediment analysis including piston coring, x-ray scanning, radiocarbon dating, magnetic and physical properties and mineral composition of the ancient harbour sediments.

La Trobe University Archaeology Research Fellow and marine geologist, Dr Agathe Lisé-Pronovost, said that ancient harbours can accumulate sediments more rapidly than natural environments, which is the case of Portus built in a river delta and where sediment accumulated at a rate of about one meter per century. Applying these methods allowed researchers to date and precisely reconstruct the sequence of events of the historical port, including dredging to maintain enough draught and canal gate use.

“Dating ancient harbour sediments is a major challenge, given ports are not only subjected to weather events throughout history, but the lasting effects of human activity,” Dr Lisé-Pronovost said.

“The methods we’ve applied have allowed us to address the dating issue and routine measurements of the sort could greatly improve chronostratigraphic analysis and water depth reconstruction of ancient harbour deposits.”

Dr Lisé-Pronovost and her team encourage geoarchaeologists to implement these innovative methods to their work.