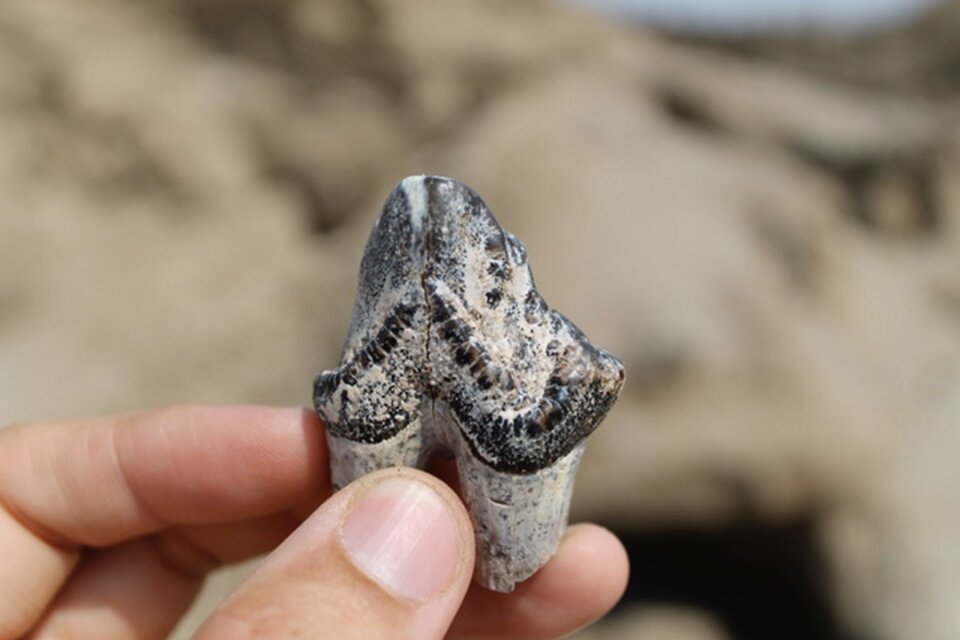 A shift in diet has long been seen as one of the critical adaptations that distinguishes our own genus Homo from earlier human ancestors. The timing and context of this dietary shift, however, has been hotly debated. A recent study by Columbian College of Arts and Sciences researchers finds that this change in the human diet reflects a behavioral shift approximately 1.65 million years ago.

David Patterson, Ph.D. and lead author on the paper, researched the ecological context of the human lineage between 2 and 1.4 million years ago at East Turkana in northern Kenya. As a Ph.D. candidate, he did field research in this region, which provides some of the best evidence of the transition from earlier Homo ancestors to Homo erectus, our extinct relative with many modern human like characteristics.

Dr. Patterson and researchers with the GW Center for the Advanced Study of Human Paleobiology studied how vegetation in this region changed during this period. They also looked at dietary changes of other mammals for comparison for patterns in the genus Homo.

“Our data supports the idea that once you see Homo erectus in the record, then you also see changes in the human body form to something that looks more human than all of the hominins that came before it,” Dr. Patterson said.

This research revealed the dietary shift did not occur with the earliest members of the Homo genus, but actually occurred later in time, roughly 300,000 later in Homo erectus, said Andrew Barr, assistant professor of anthropology.

“Through the study of the diets of contemporary mammals, as well as the ancient soils preserved in the Turkana Basin, this work rules out the possibility that the dietary shift in our ancestors merely reflected a change in environmental conditions,” he said.

The research team found that vegetation did not change significantly during this period and most other large mammals stayed dietarily static. The only changes appeared to be within the genus Homo, between early Homo and Homo erectus, Dr. Patterson said.

This is significant because in order for experts to say a certain trait made human ancestors fundamentally more human, such as this dietary changes, they need to understand similar types of data in other animals. If a similar dietary transition can be documented in other animals it is not unique to humans, Dr. Patterson said. One of the characteristics that separates humans from great apes is a varied diet that includes different resources the great apes either cannot eat or eat in very small quantities.

This research found that about 1.65 million years ago, human ancestors began to consume more resources from C4 plants, which include grasses and sedges—or the animals that eat them. This raises the question: What drove this dietary transition?

This research contributes to the broader conversation in the paleoanthropological community and existing hypotheses about the timing and significance of dietary changes in the genus Homo, said Dr. Patterson, now an assistant professor at the University of North Georgia.

“Our data suggests and supports this long-standing idea that something really, really interesting happened within the human lineage when Homo erectus came about in eastern Africa,” Dr. Patterson said.