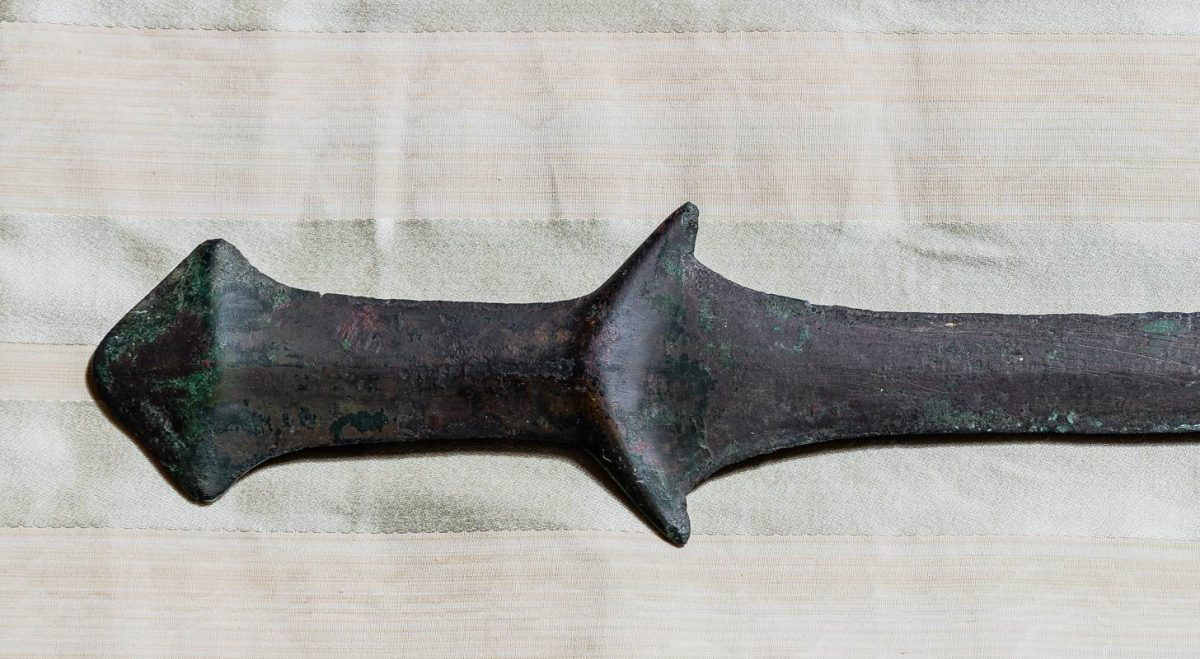 5000 year-old sword discovered in the Armenian Monastery of Venice

One of the oldest in the world

One of the oldest Anatolian weapons in the world has been discovered in a display cabinet at the Mekhitarist Monastery on the Saint Lazarus Island.

Vittoria Dall’Armellina of the Ca’ Foscari University of Venice made the discovery whilst inspecting a cabinet of medieval artifacts whilst visiting the monastery.

Having studied a masters degree in the origins and evolution of swords in the Ancient Near East, Dall’Armellina believed that the sword resembled swords found in the Royal Palace of Arslantepe (Eastern Anatolia) and was incorrectly identified as medieval.

A scientific study has now dated the sword to around 3000BC, making it one of the oldest swords in the world.

An analysis of the metal composition was carried out in collaboration with Ivana Angelini, professor at the University of Padua, and the CIBA, an interdepartmental centre for the research, study, and conservation of archeological, historical and artistic heritage.

According to the latest studies, this type of sword was common in a relatively small region in Eastern Anatolia, between the high course of the Euphrat and the Southern shore of the Black Sea. The analysis of trace elements could further pinpoint the exact source of the metal.

The sword, contrary to some of the Arslantepe specimens is not decorated: there are no visible inscriptions, embellishments or distinctive features. Due to the less than optimal conservation conditions, it was not possible to detect any traces of usage.

Consequently, the sword could have been a real offensive weapon that was actually used in combat, a ceremonial sword or part of some grave goods.

A likely hypothesis is that it was part of a burial -casually retrieved by some local townsfolk – whose grave goods where then scattered through the black market.

Indeed, the sword was forged during a period of time in which Anatolian and Caucasian burials began to be adorned with a rich array of grave goods, with weapons and jewels, a sign of the emergence of a new warrior elite.

The sword’s real story is still shrouded in mystery – the scholars now have the task to finally shed light on it.