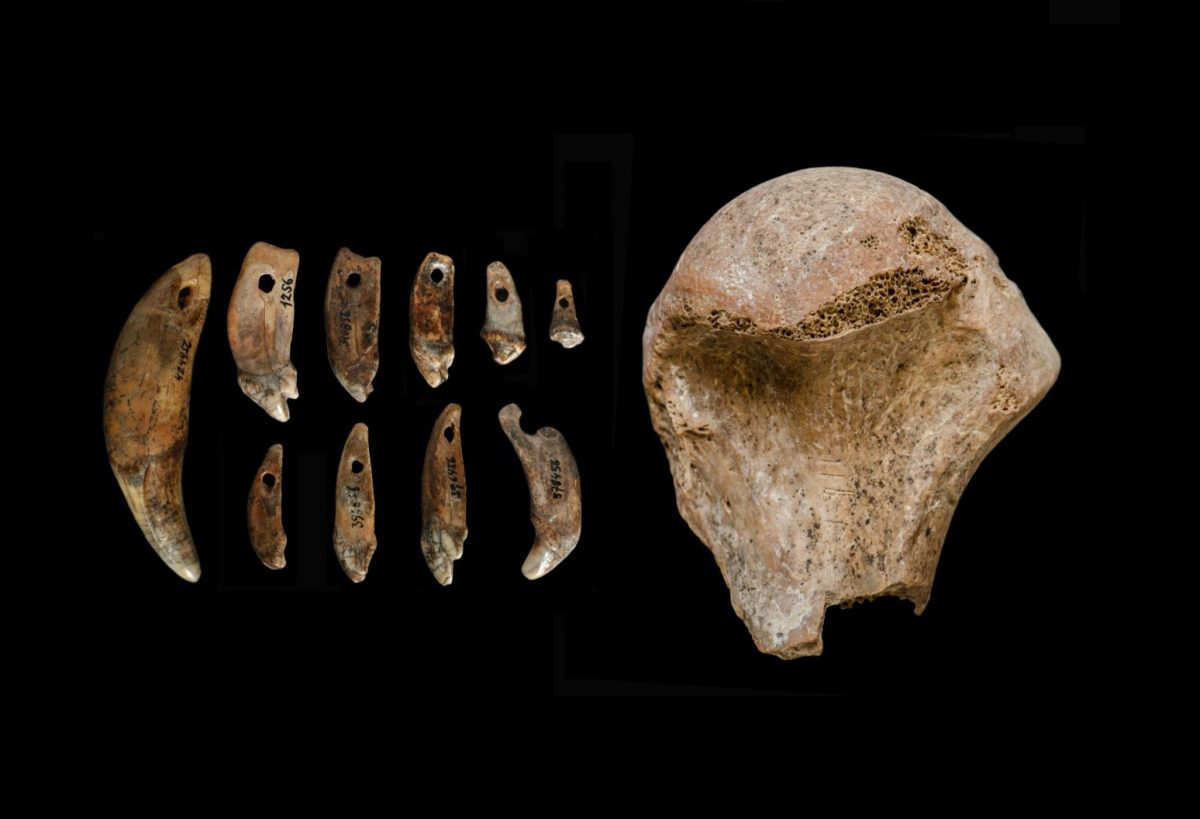 Archaeologists excavating in the Czech Republic recently discovered thousands of pieces of flint, tools and decorative items manufactured from reindeer bone, artic fox teeth, mammoth tusks, in addition to thousands of animal bone fragments amongst the remains of an ancient Palaeolithic settlement.

The animal remains were examined by Dr Piotr Wojtal from the Institute of Systematics and Evolution of Animals of the Polish Academy of Sciences in Kraków who said: “Until now, scientists were convinced that wolves and other predators were the targets of hunting primarily because of their skins, and certainly not as a source of meat.”

During the examination, Dr Wojtal confirmed that dozens of wolf specimens showed visible traces of cutting. Some marks were the result of removing skins, but other marks can only be concluded was the result of dividing a carcass into smaller portions for consumption.

In addition to the remains of small and medium-sized predatory animals, researchers also found bones and teeth of the largest predators of the Pleistocene mammoth steppe: the cave lion and cave and brown bears. Both showed similar signs indicating the removal of skins and cut marks dividing the carcasses.

The latest results of the study of predators from the Gravettian sites in Central Europe was submitted to the Journal of Anthropological Archaeology.

Co-authors of the article are Jiří Svoboda from the Czech Academy of Sciences and Masaryk University and Martina Roblíčková from the Moravian Museum in Brno.