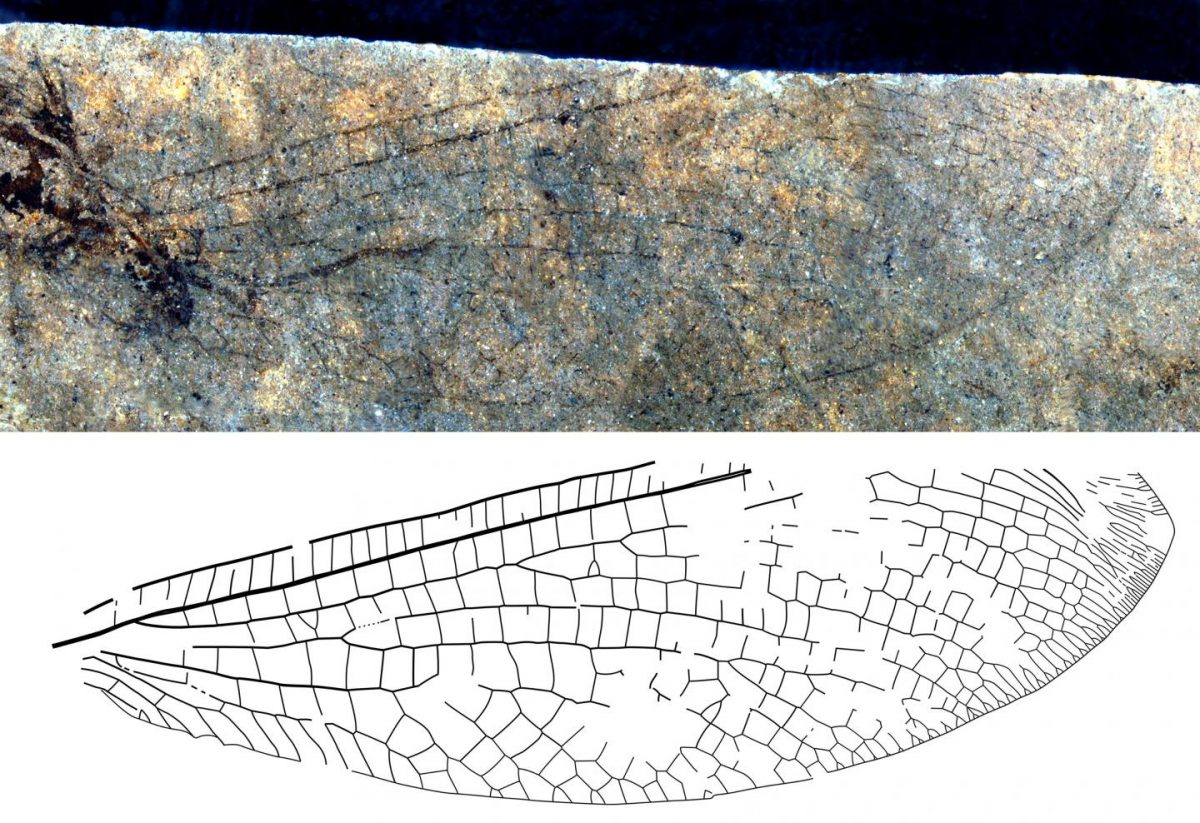 It belongs to the "split-footed lacewing" family

The discovery of a tiny insect fossil is unearthing big questions about the global movement of animals and the connection to changes in climate and shifting continents across deep time. The fossil, estimated to be 50 million years old, was found in rocks near the city of Kamloops, British Columbia, but today its relatives live exclusively in Australia.

The finding is the latest in a pattern of discoveries that are leading experts to contemplate a Canada-Australia connection not previously considered. Paleontologists Bruce Archibald of Simon Fraser University and the Royal British Columbia Museum and Vladimir Makarkin of the Russian Academy of Sciences in Vladivostok published their findings in The Canadian Entomologist.

According to Makarkin, the fossil is part of the “split-footed lacewing” family. Little is known about this group over the 66-million-years following the extinction of the dinosaurs. “These fossils are rare,” he says. “This is only the fourth one found from this time-span world-wide, and it’s the most completely preserved. It adds important information to our knowledge of how they became modern.”

The paleontologists identified the fossil by the characteristic network of veins covering its wings. They emphasize that fossils like the new lacewing species help in understanding large-scale patterns of the modern distribution of life across the globe.

Previous fossil insects of this age found in British Columbia and neighbouring Washington have shown connections with Pacific-coastal Russia to the west and with Europe to the east — patterns that are not surprising since the northern continents were connected then.

“Fifty million years ago, sea levels were lower, exposing more land between North America and Asia, and the Atlantic Ocean had not widened, leaving Europe and North America still joined across high latitudes,” says Archibald. He explains that the far-north experienced warmer climates then as well, helping a variety of animals and plants to disperse freely between northern continents.

The Australian connection is more puzzling though, as there is no such clear land connection. That continent was closer to Antarctica then and farther from Asia than today, leaving formidable ocean barriers for life to disperse between it and Canada’s west coast.

This lacewing joins other insect fossils from B.C. and Washington whose modern relatives only live in the Australian region. These include bulldog ants, a family of termites, and a kind of parasitoid wasp.

Archibald says that “a pattern is emerging that we don’t quite understand yet, but has interesting implications.”

The researchers suggest that the answer might be connected to climate. The forests of the ancient British Columbian temperate upland where this lacewing lived had very mild winters, in fact, probably without frost days.

The climate of modern Australia shares these mild winters even in temperate regions. “It could be that these insect groups are today restricted to regions of the world where climates in key ways resemble those 50 million years ago in the far western Canadian mountains,” says Archibald.

Archibald and Makarkin emphasise that it’s important to understand the little things in order to appreciate the big picture. “The more we know about these insects, the more we can piece together the history of how climate and the movement of continents have shaped global patterns of the distributions of life that we see in our modern world,” says Makarkin.