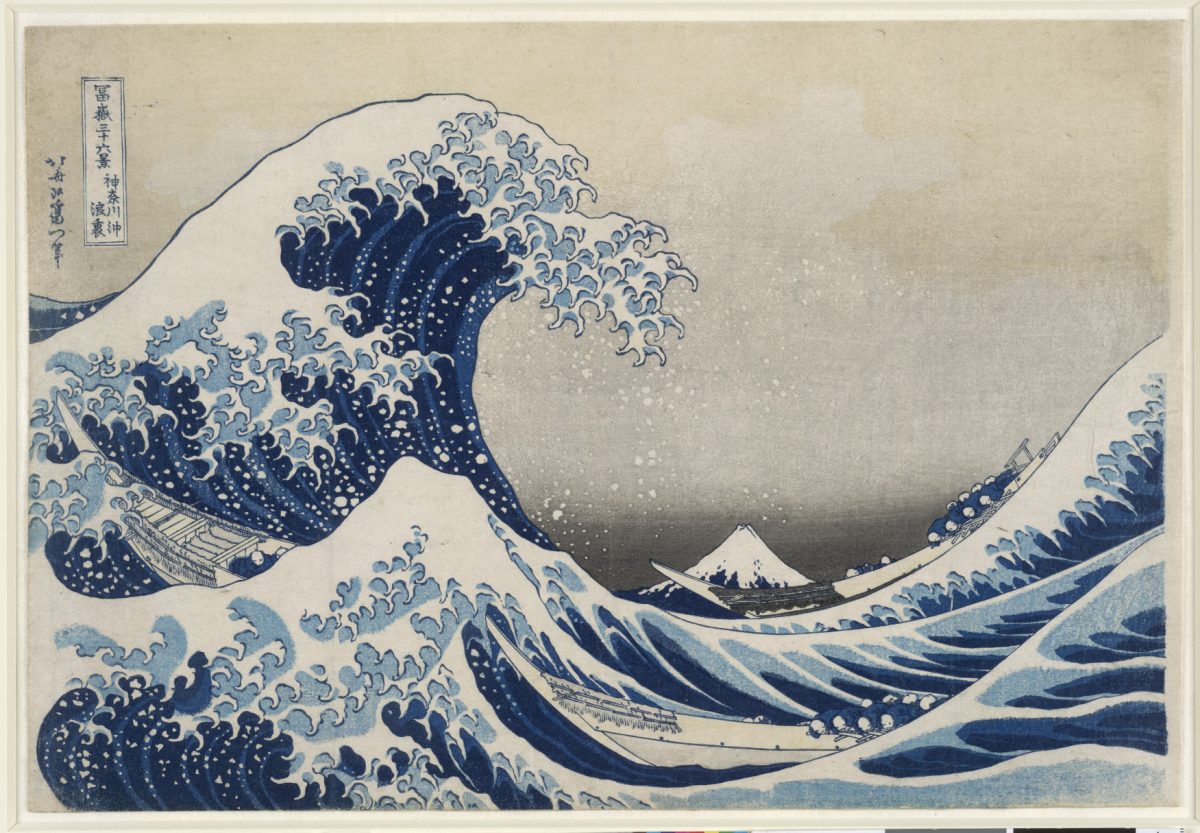 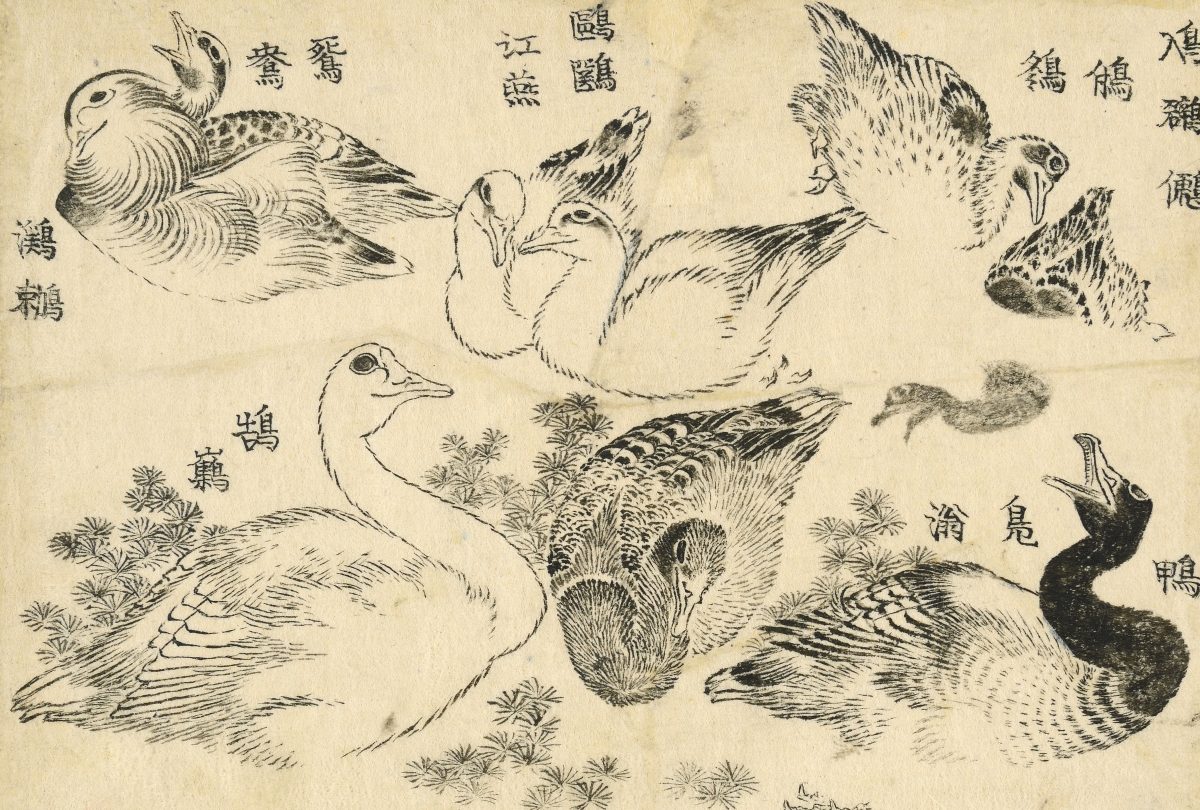 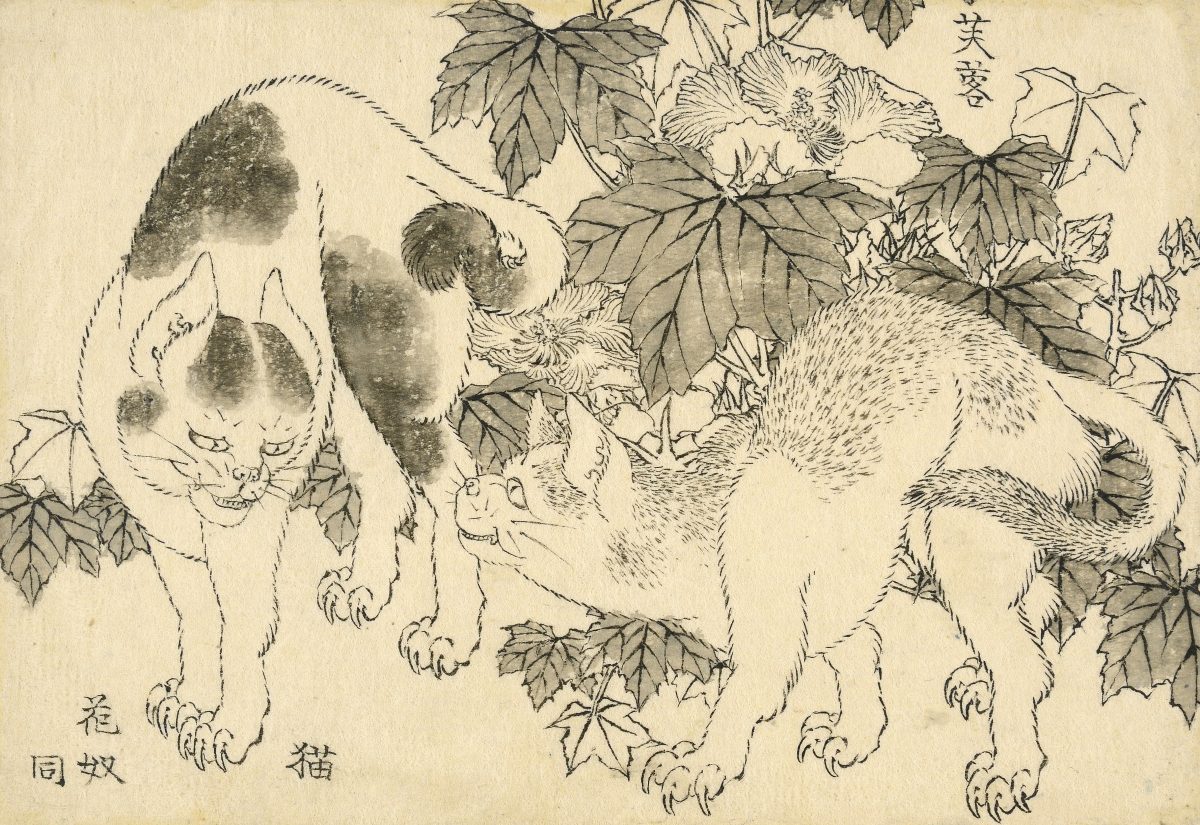 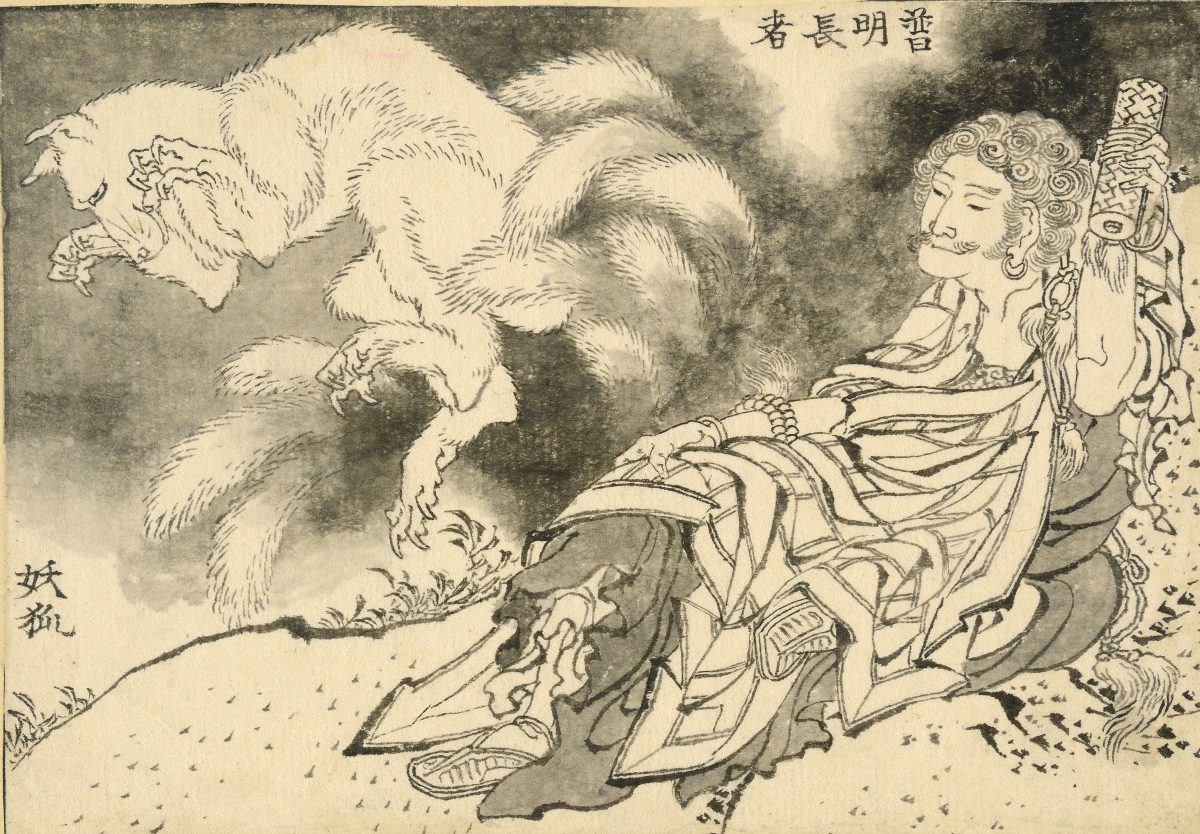 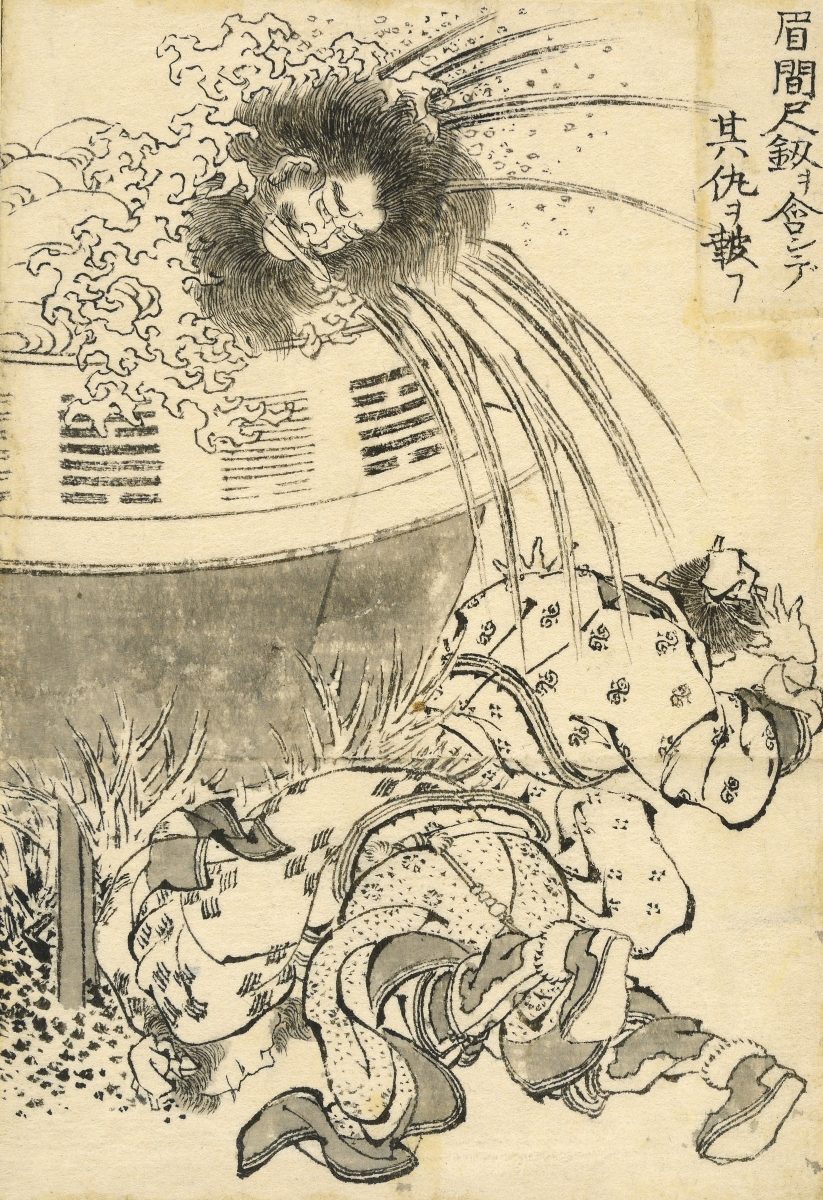 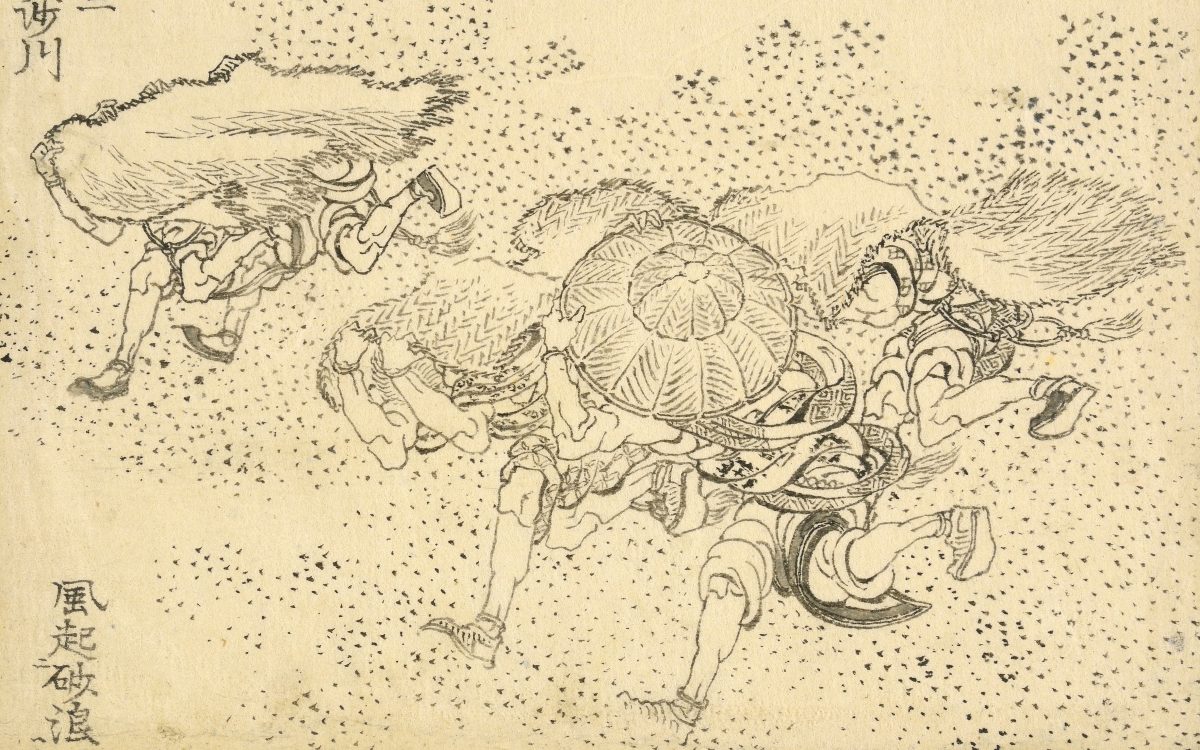 103 “lost” drawings by Hokusai acquired by the British Museum

All drawings available to see online

Over 100 newly-rediscovered drawings by Japanese artist Hokusai have been acquired by the British Museum. Created in 1829 as illustrations for an unpublished book, they came to light in 2019 and have now been purchased by the Museum. The acquisition was made possible thanks to a grant from Art Fund.

The existence of these exquisite small drawings – 103 in total – had been forgotten for the past 70 years. Formerly owned by the collector and Art Nouveau jeweller Henri Vever (1854- 1842), they resurfaced in Paris last year, the same city where they were last publicly recorded: at an auction in 1948. The drawings – which were made for a book called Great Picture Book of Everything – are thought to have been in a private collection in France in the intervening years and unknown to the wider world.

The drawings are a major discovery of Hokusai’s life and works. They are especially significant as they come from a period in the artist’s career where he was previously thought to have created relatively little, due to a succession of personal challenges. Within the previous two years he had suffered the death of his second wife and recovered from a minor stroke. And just months after these pieces were finished, Hokusai pleaded destitution in a letter – in part due to gambling debts incurred by his ne’er-do-well grandson. The reason why these drawings were never published remains unclear, but they mark a turning point in the seventyyear-old artist’s career, demonstrating that he was in fact entering a new burst of creativity that would soon give birth to his famous print series, Thirty-Six Views of Mt Fuji (c. 1831-1833).

This acquisition now joins the British Museum’s extensive collection of Hokusai works, one of the most comprehensive outside of Japan. They bring the total number of works relating to the artist at the Museum – paintings, prints, drawings and illustrated books – to over 1,000.

The most famous Hokusai work at the British Museum is a fine early impression of the print popularly known as ‘The Great Wave’, acquired in 2008 also with the assistance of Art Fund. It was the centrepiece of the major exhibition Hokusai: beyond the Great Wave in 2017 and was seen by 150,000 visitors.

All 103 drawings are now available to see on the British Museum Collection online, including the ability to see the drawings up close, using zoom technology from the International Image Interoperability Framework (IIIF). This allows the fast, rich zoom and panning of images so viewers can see them in detail. It’s planned that the newly acquired drawings will go on display as part of a future free exhibition at the Museum.

The subjects of the newly-acquired drawings are wide ranging: from depictions of religious, mythological, historical, and literary figures, to animals, birds and flowers and other natural phenomena, as well as landscapes. They are dominated by subjects that relate to ancient China and India, also Southeast and Central Asia. Many subjects here are not found in any previous Hokusai works, including fascinating imaginings of the origins of human culture in ancient China.

Katsushika Hokusai (1760-1849) is considered by many to be Japan’s greatest artist and has been recognised internationally since the Japonisme era of the 1870s, two decades after his death. During his seventy-year career, he produced a considerable oeuvre of some 3,000 colour prints, illustrations for over 200 books, hundreds of drawings and over 1,000 paintings. Hokusai quickly abandoned the narrow subject matter traditionally associated with the ‘floating world’ (ukiyo-e) school he was part of, such as images of popular actors and courtesans. His ambition was to create images of universal appeal, imbued with powerful spirituality, encompassing the whole range of subjects in worlds real and imagined.

Hartwig Fischer, Director of the British Museum, said: “This is a truly wonderful addition to the British Museum’s collection, and is another milestone in our collecting of Hokusai which has continued now for more than 150 years. We are grateful to Art Fund for their support in securing the acquisition, and we’re delighted that these newly discovered works are now in a public collection for everyone to enjoy.”

Tim Clark, Honorary Research Fellow of the British Museum, said, “These works are a major new re-discovery, expanding considerably our knowledge of the artist’s activities at a key period in his life and work. All 103 pieces are treated with the customary fantasy, invention and brush skill found in Hokusai’s late works and it is wonderful that they can finally be enjoyed by the many lovers of his art worldwide.”

Jenny Waldman, Director, Art Fund said: ““These remarkable prints, hidden from public view for so long, will captivate the British Museum’s audience and beyond. We are delighted to support this important acquisition, considerably enhancing the museum’s outstanding collection of Hokusai’s works, and building on Art Fund’s support for an early print of ‘The Great Wave’ in 2008.”

The newly acquired drawings are now being examined by the British Museum’s knowledge representation system, ResearchSpace. Experts at the Museum are working to establish meaningful connections between the drawn features in the 103 works, and researchers from different institutions can expand these connections to other works, but also to wider social interconnections – people, places, time, events, ideas, and technology. This will help place Hokusai, an important observer of human behaviour, within a larger historical context.