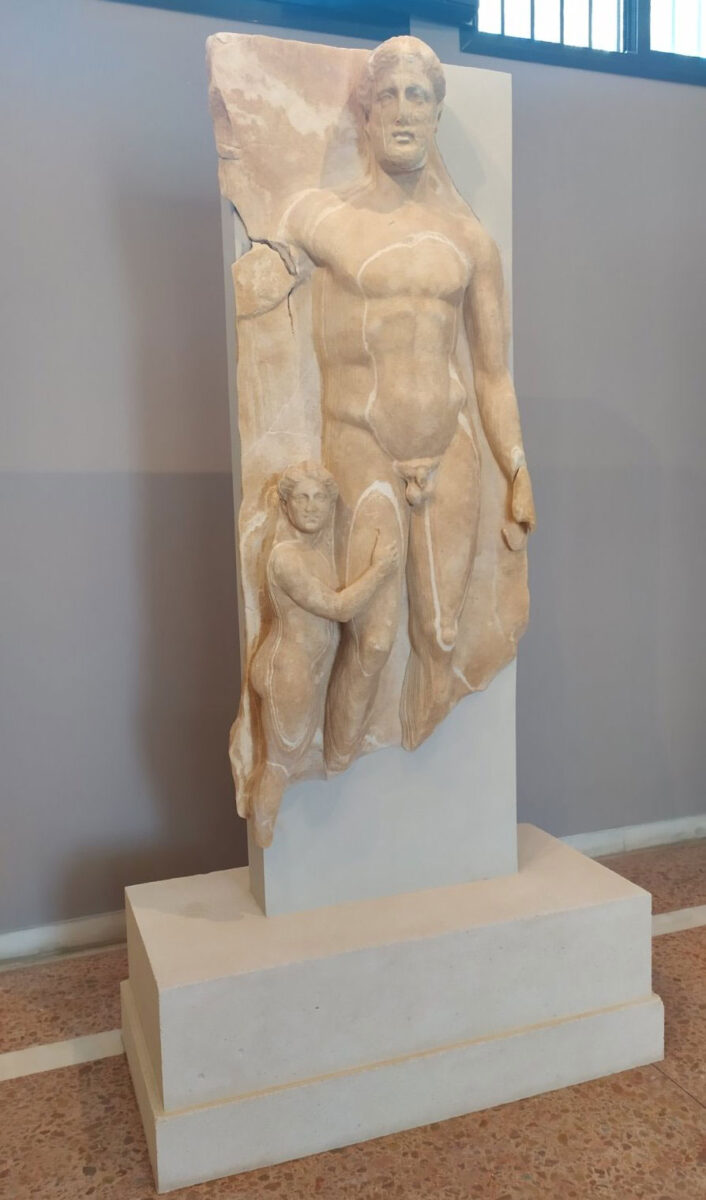 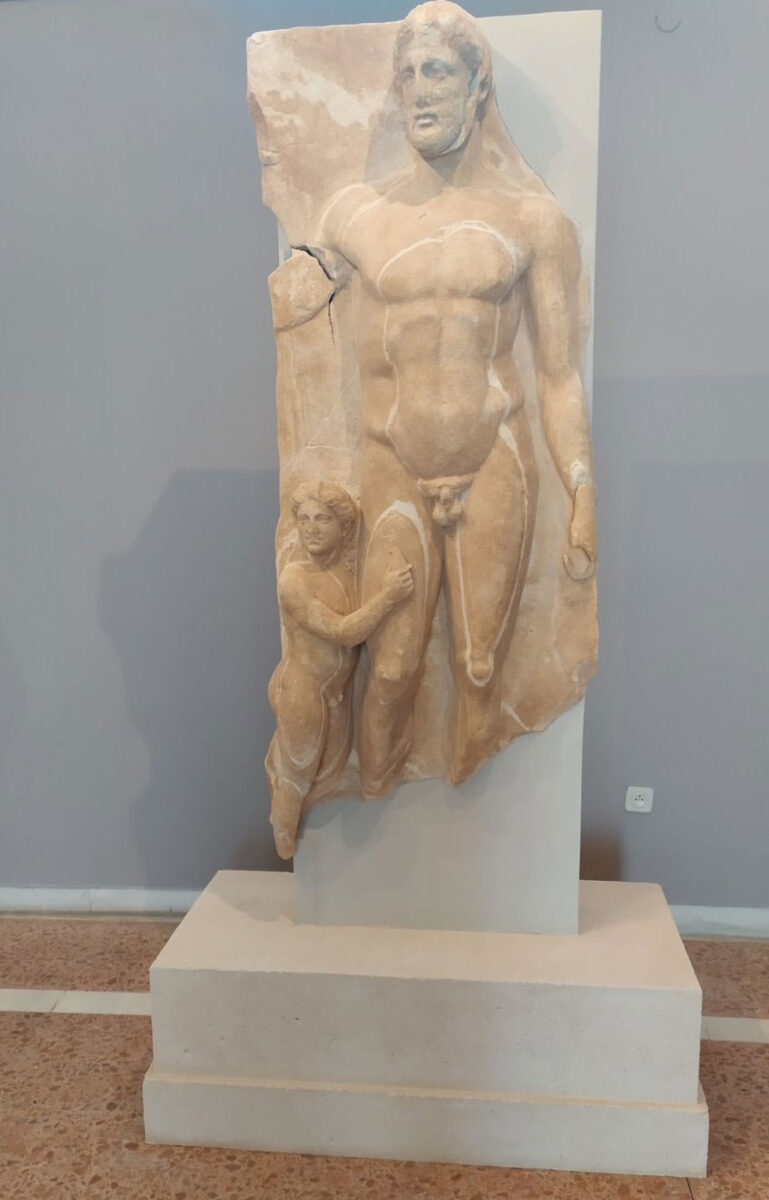 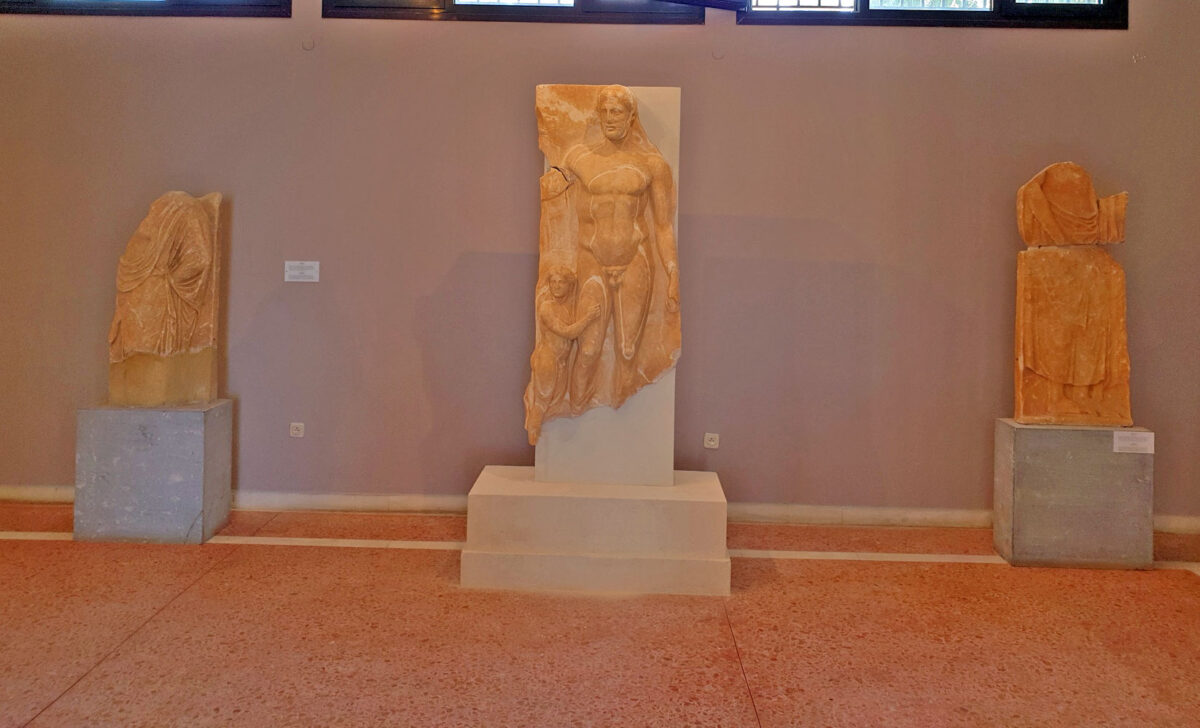 The “athlete” from Xobourgo is in the Archaeological Museum of Tinos

A marble grave stele has been recently included in the exhibition of the Archaeological Museum of Tinos. It was found in July 2019 during excavations at Xobourgo, Tinos. Αfter completing conservation work on the stele and supporting it on a base, it has been incorporated in the grave stele section of the hall of sculptures in the Museum’s permanent exhibition, offering its visitors the opportunity to admire one of the most beautiful works of classical sculpture in the Cyclades.

The finding of the stele results from the systematic excavation at Xobourgo, conducted  by the National and Kapodistrian University of Athens, under Professor Emeritus of Classical Archaeology Ms Nota Kourou. The large marble grave stele was found in the ancient cemetery of classical times, at Vardalakos, on the southeast side of the Xobourgos hill. The stele (catalogue no. A 587) dates from the 4th century (370-360 BC) and is an excellent work of sculpture, probably by a Tinian artist, as indicated by the local marble from which it is made.

The sculpture is 1.70 m high, 0.765 m wide and preserved in fragments. A naked bearded man is depicted with a strigil in his left hand. He is an athlete (palaestritis) accompanied by the small figure of a child with a bird. The theme “athlete with child” is common in classical sculpture and the presence of the child is considered to have a special symbolism with several interpretations (the athlete’s servant, his adolescent lover, etc.). The child’s small size and young age seem to exclude the usually erotic character attributed to similar scenes, while the presence of the bird refers to the well-known theme of the departing soul.