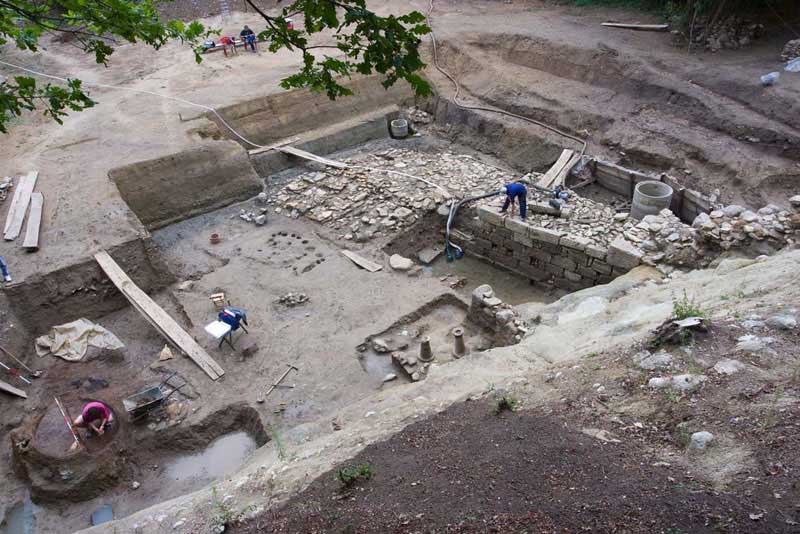 The exhibition featuring photos of the excavations conducted at the archaeological site of Kale-Krševica, in southeastern Serbia, will be inaugurated on Thursday, October 10, 2013, at 7.30 p.m. and run through January 31, 2014.

The site of Kale-Krševica is situated in the Južna (Southern) Morava valley of southeastern Serbia. Here significant remains of an urban settlement dating from the 4th and the first decades of the 3rd century BC have been found. Built after the Greek model, the settlement maintained close ties with Macedonia and other Greek states throughout its entire existence. The late horizon dates from the 2nd/1st centuries BC, when the Celts (the Scordisci) and other Balkan barbarians used the abandoned acropolis as an important base and stronghold for their plundering campaigns of Macedonia and other Greek states.

Results of the investigations carried out until now indicate that the settlement covered an area of approximately five hectares and was located on a dominant position near an important traffic route which connected central Europe and Greece via the Morava-Vardar valley. The site has been known to archaeological literature since 1966. At that time the walls and examples of 4th century Greek pottery were discovered in the course of small-scale rescue excavations. Investigations resumed in 2001, organized by the Institute of Archaeology in Belgrade in cooperation with the National Museum in Belgrade, Faculty of Philosophy of the Belgrade University and National Museum in Vranje.