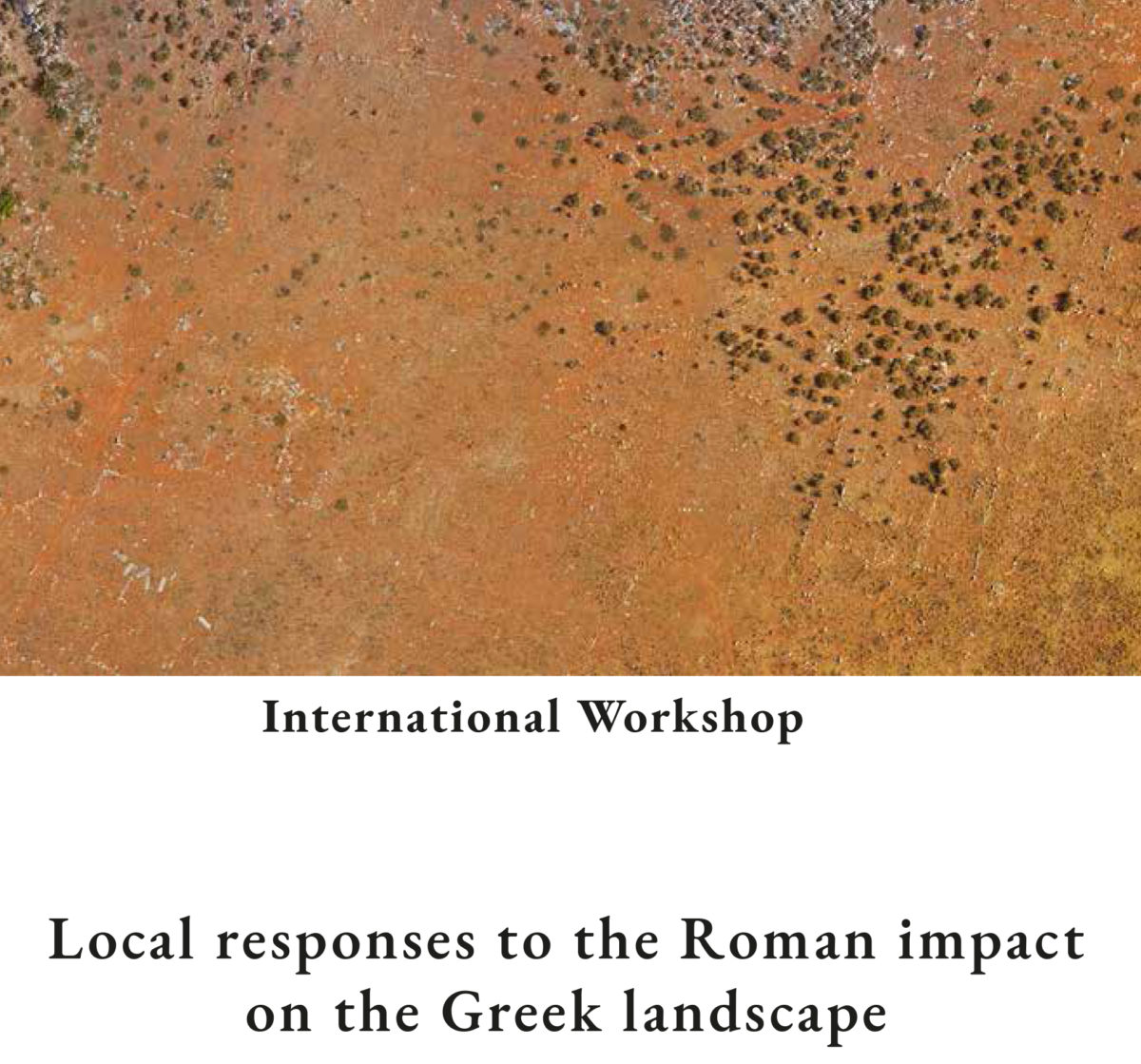 Local responses to the Roman impact on the Greek landscape

In the framework of the research project “Roman landscapes of Greece” conducted be the University of RomaTre (P.I. Emeri Farinetti) and funded by the MIUR (Italian Ministry of University and Research), the Italian Archaeological School at Athens organises a meeting on

Local responses to the Roman impact on the Greek landscape

with particular focus on the transformations occurring in the II and I C BC, as they can be traced in density, size and character of rural sites, in the urban layout, in spatial behaviours and territorial organization, in the forms of man-environment and city-countryside interaction, in the role of the élites and of economic investments involving different taskscapes in the countryside, as well as in the socio-political changes and diverse patterns of resilience the above mentioned aspects may reflect.