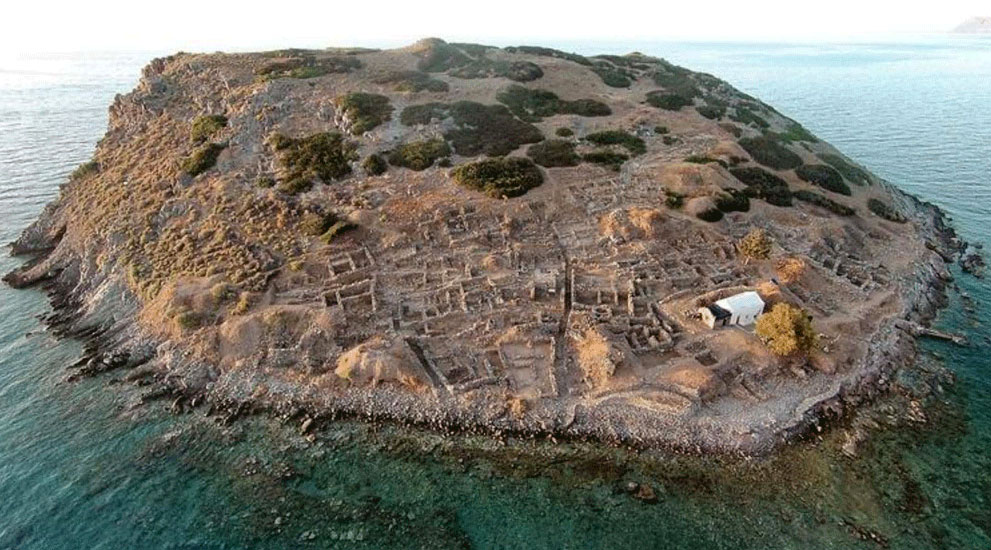 Rock Art and Round Buildings in Eastern Crete

“Rock Art and Round Buildings in Eastern Crete: the Case of Final Neolithic Sopata and Early Minoan Mesorachi”

The talk is an overview of recent fieldwork at Sopata and Mesorachi between 2013 and 2016. Geographically this region of eastern Crete forms a natural boundary on the north coast between the Mirabello and Siteia Bays, which for most of the island’s history was a sparsely inhabited periphery. In 2012 a survey of the plateau identified 11 sites.

Of these, eight belonged to the Late Final Neolithic and Early Minoan I periods, including two Late Final Neolithic settlements on the western plateau of Sopata. At the beginning of the Bronze Age these sites were abandoned, and several new sites were built on the more protected Mesorachi ridge to the east. Our excavations at four of these sites have revealed a valuable dataset for this poorly understood period of Cretan history, highlighted by use of rock art and round architecture.

A few words about the speakers

Chrysa Sofianou has participated in many International Archaeological Conferences and she has published archaeological articles on Minoan diet, textile art in antiquity, ancient Pressos, ancient Ierapytna, the Hellenistic town of Tripitos in Sitia, the Minoan settlement in Papadiokampos of Sitia etc., as well as a monograph in collaboration with Ioannis Papadatos entitled Livari Skiadi: A Minoan Cemetery in Lefki, Southeast Crete (Volume I, Excavation and Finds, INSTAP 2015). She currently carries out systematic excavations at the ancient theater of Ierapetra, at the Chrysi islet and at the peak sanctuary of Stavromenos.

Thomas M. Brogan: Director of the INSTAP Study Center for East Crete. Thomas Brogan has directed the INSTAP Study Center for East Crete and its Publication Team since 1997. He earned a BA in Classical Civilizations at Wabash College and an MA and PhD from the Department of Classical and Near Eastern Archaeology at Bryn Mawr College. Since 1987 he has participated on numerous excavations in East Crete, including the Mochlos Project where he has been the assistant director since 1990. He co-organised conferences in Athens on Late Minoan IB pottery and on Cyprus exploring the materiality of purple dye production in eastern Mediterranean. He is the author and co-author of books focusing on the Mochlos Artisan’s quarters, Late Minoan IB pottery, an Early Minoan III Rock Shelter in Pacheia Ammos, and Hellenistic Military Victory Monuments. His publications on Pacheia Ammos MM II Industrial Quarter will appear early next year.

Melissa Eaby earned her BA in Classical Civilization at Evansville University, her MA from the Department of Classics at Florida State University, and her PhD from the Department of Classics at North Carolina. Since 2001 she has worked on more than a dozen excavations on Crete, including Azorias where she has been the assistant director since 2013. Her numerous publications have focused on Iron Age Burial practice on Crete, Azorias and other sites in East Crete. In 2018 she published Chalasmenos I. The Late Minoan IIIC Settlement: House A.2. She currently works as a senior researcher at the INSTAP Study Center for East Crete.

Ioannis Papadatos earned his BA in Classical Archeology from the Department of History and Archeology of the National and Kapodistrian University of Athens (1994) and received his PhD in Prehistoric Archeology from the University of Sheffield (1999). He has worked as a postdoctoral researcher at the University of Sheffield (2001-2002) and as an archaeologist at the Hellenic Archaeological Service (2002-2007). He has also taught at the Hellenic Open University (2002-2008). He directs and participates in a series of research projects, in the context of which he conducts excavations and archaeological field surveys in Eastern Crete, such as the excavation of the Minoan megalithic building at Gaidourofa Anatolis (since 2012), the Minoan peak sanctuaries at Stavromenos and Pantotinou Korifi near Ierapetra (since 2014), as well as the Ierapetra field survey (from 2019).