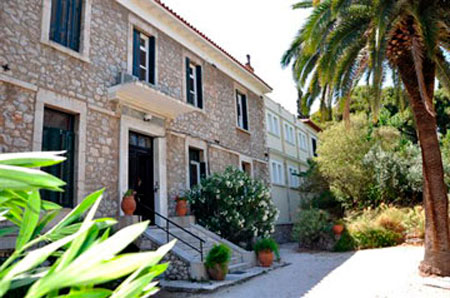 The City of Thespiai, Central Greece: Its Precursors, Florescence And Successors

We are delighted to invite you to a BSA Virtual Lecture on Monday 7 June at 5pm (UK) / 7pm (Greece). You can participate in the event live online via Zoom.

Professor John Bintliff (Edinburgh) and Professor Anthony Snodgrass (Cambridge) will address the topic “The City of Thespiai, Central Greece: Its Precursors, Florescence And Successors, a Narrative Of 7000 Years of Community Life”.

Registration is required to participate in this event. Please click the following link to register: https://zoom.us/webinar/register/WN_ly8uqJSaQWiexbqsjNxmww

The Boeotia Survey project has since 1982 completed total field surveys of five ancient urban centres in this region of Central Greece.  This lecture will focus on our reconstruction of community life on the city site of perhaps the most interesting of these, ancient Thespiai. The narrative begins with a long-lived Neolithic hamlet settlement;  then continues through the surprisingly subdued picture of the Bronze Age, especially that of the Mycenaean era when the whole area seems to have fallen under the shadow of palatial Thebes;  eventually witnessing a modest revival around the later eighth century BC, before the emergence of a fully concerted settlement in Archaic times.  By the Classical period, the urban centre of Thespiai had grown to an area of over 70 hectares, enclosing a population of some 9000;  but the city now intermittently controlled a much-enlarged area, absorbing several subordinate settlements, and housing an overall population that must have approached 20,000  –  no lower figure being compatible with the documentary sources.  Recurrent conflict with Thebes again dominated this era;  eventually, the advent of Rome witnessed a relative, but permanent decline.   With the end of urban life in Late Antiquity, settlement shrank to a village scale, with several local displacements, ending with the establishment of modern Thespiés on the hill-top overlooking the ancient site.  For all its exceptional history, the story of Thespiai in many respects offers a microcosm of major trends in the cultural development of southern mainland Greece over the past 7000 years, and it has been our privilege to bring all this partially back to life.