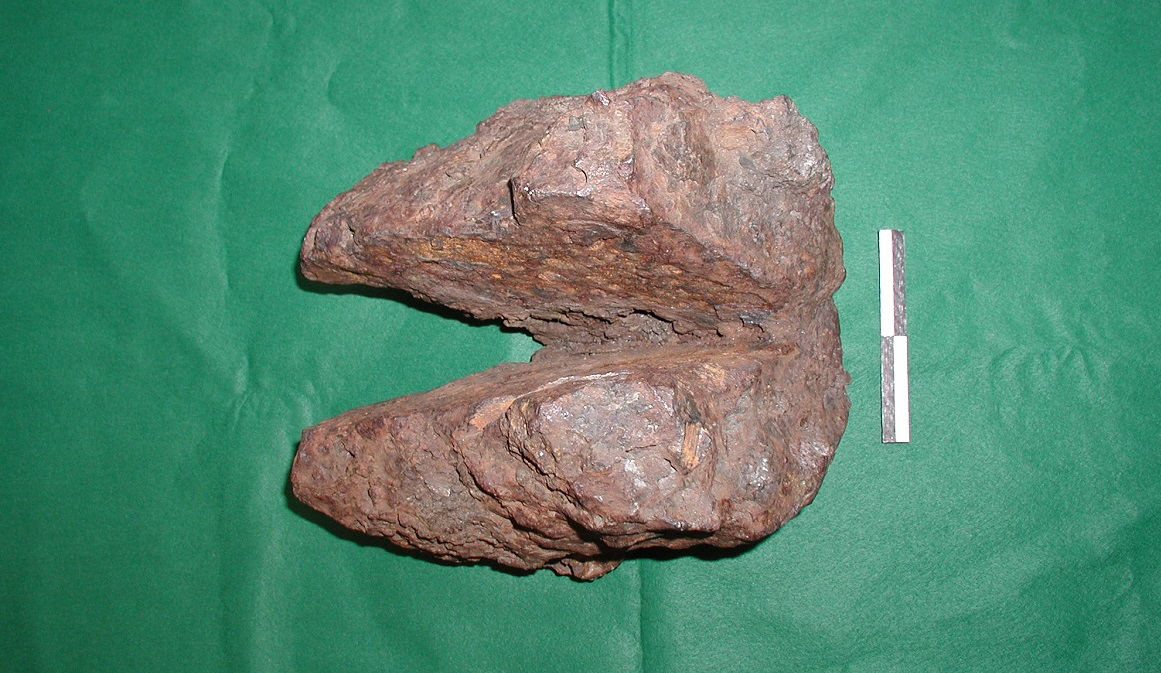 Ancient Norwegians made top-quality iron. But where did the knowledge to make this iron come from? A professor emeritus from the Norwegian University of Science and Technology may have solved this riddle.

For centuries, people in Norway’s Trøndelag region, in the middle of the country, made large amounts of first-class iron out of bog ore for use in weapons and tools. Production peaked at about 40 tonnes a year at around 200 AD. With production levels this high, it is likely that they exported iron to the European continent as well.

But where did the expertise to smelt the ore come from? And how did it actually get to Norway to begin with?

Arne Wang Espelund, a professor emeritus at the Norwegian University of Science and Technology’s (NTNU) Department of Materials Science and Engineering, has been interested in iron making since the 1970s.

He himself has helped to smelt iron with a method described in the 1700s by Ole Evenstad in Stor-Elvdal, just north of Lillehammer.

However, this method is different than techniques used in Norway for roughly 900 years until about 600 AD, when plague and an economic downturn in Europe caused everything to grind to a halt and the art of making iron was forgotten. At the moment, no one really knows how Iron-Age Norwegians learned to make iron.

Espelund, however, has found some clues. And they lead to the Roman Empire.

A furnace in Austria

Scientists in Austria have found a furnace with exactly the same measurements and design as furnaces in Norway. This part of Austria belonged to the Roman Empire.

The archeologist Brigitte Cech found a furnace in Semlach, a village that during Roman times was in Noricum. The furnace dates from around 100 AD.

“It’s an exact copy of furnaces in Trøndelag. It has the same dimensions and a side opening,” says Espelund.

It’s true that the slag pit is built of clay, while those in Norway were made of stone. And this particular furnace in Austria is younger than the oldest Norwegian furnaces of the same design. But even older furnaces are found nearby, in Populonia in Italy and Burgenland in Austria.

Espelund believes it could be a very exciting project for a master’s student to investigate other aspects of the furnaces.

“I believe the technology for extracting iron must have originated outside of Norway,” he says.

His opinion is reinforced by the fact that no one has yet found any evidence of experimentation with making iron in Norway. That means ancient Norwegians would have mastered the art of making high-quality iron with as little as 0.2 per cent carbon contamination — without any evidence of trial and error. That is, unless they learned the art somewhere else.

It was perhaps the Etruscans who were the first in Europe to learn to make iron. They lived in what is now Italy and Corsica from around 700 before our time bill. Etruscans dominated Rome at the empire’s the beginning. However, there is also evidence of iron production in Turkey from 4000 years ago.

The Celts improved the metal by adding some carbon and thus making steel. The technique spread over the Roman Empire. And perhaps even to Norway.

In Norway iron was made from bog ore. The ore was gathered in the spring, while the smelting was done in the autumn. In sparsely populated Norway, where much is preserved, there are hundreds of places with evidence of this production, from areas where the ore was collected to places where the iron was extracted from the ore.

Solving the puzzle with chemistry

Today, the most common sign of ancient iron production is the slag heap.  Chemical analyses of these slag heaps is a central part of understanding how the ore was smelted.

Espelund is actually a mining engineer, not an archaeologist. However, in this situation that may be something of an advantage. He’s quite used to chemical analyses and the natural sciences, which can help make an important contribution in a subject that Espelund believes is often somewhat descriptive.

Archaeologists often describe their finds in impressive details. Espelund would like to thank NTNU archaeologists for their trustworthy cooperation out in the field. He, however, has a different approach when he is faced with an archaeological site — he likes to draw on his natural sciences toolbox.

When placed in a furnace, this raw material is then transformed into very pure iron because carbon monoxide in the furnace reacts with theFe2O3. However, a certain percentage of the iron remains in the slag, as FeO, which ensures the quality of the iron.

Slag from three places in Norway, and from Iceland, Catalonia and Austria all have a remarkably similar composition.

The slag consists of about 65 per cent of a mixture of iron oxide (FeO) and manganese oxide (MnO). About 20 percent is silicon oxide (SiO2). This mix is called fayalite and is usually written as (Fe, Mn) 2SiO4.

Espelund has introduced the fayalite fraction (% FeO +% MnO) /% SiO2 (in molar mass) to characterize the slag. This in turn can tell us something about the quality of the ore and provide comparable values between slag from different places.

A high content of SiO2 in the ore makes it impossible to produce iron. The ore in Norway, on the other hand, seems to have maintained good quality.

Heglesvollen in Levanger municipality in Trøndelag in central Norway is one of the most important sites for iron production. Since 1982, four furnaces and 96 tonnes of slag have been found in the area.

This suggests there was a great amount of iron production here that took place over a number of years. The furnaces had been patched and repaired several times.

Archaeologists have found remains of something that could have been an air intake for a furnace that would have been powered by the chimney effect in Vårhussetra in Hessdalen. But this is the only place where this kind of air intake has been found.

“Could it be that parts of the production process were kept secret and that these air intakes were destroyed?” Espelund wonders.

We do not know. But Espelund says that one possible approach could involve five air intakes that would cause a kind of chimney fire that in turn would create high temperatures.

Carbon dating and other analyses of wood suggest that people in Trøndelag relied almost exclusively on pine wood for iron production — or at least they preferred it.

First, the wood burns with a high flame. This wood then becomes charcoal that sinks down in the furnace, which can then be burned again and help with the smelting.

Adding wood creates a chimney effect in the furnace, something that combined with air intakes in the correct spots could eliminate the need to use a bellows, which could be exhausting.

Espelund continues to attend conferences to learn more and to contribute to the debate. The 87-year-old will give a talk at the CPSA conference in Prague, in honour of the great archaeologist Radomér Pleiner.

Espelund can’t say enough good things about how he has been treated lately. His travels are financed by a non-fiction fund. He continues to make academic contributions with new publications in this area and in others, some of which he finances himself.

Unfortunately he is no longer very mobile and can no longer go out in the field. He hopes that someone will take up his quest to understand iron production in Norway. Many questions still remain, and he is not sure he will find all the answers.

“You have to be curious,” he said.