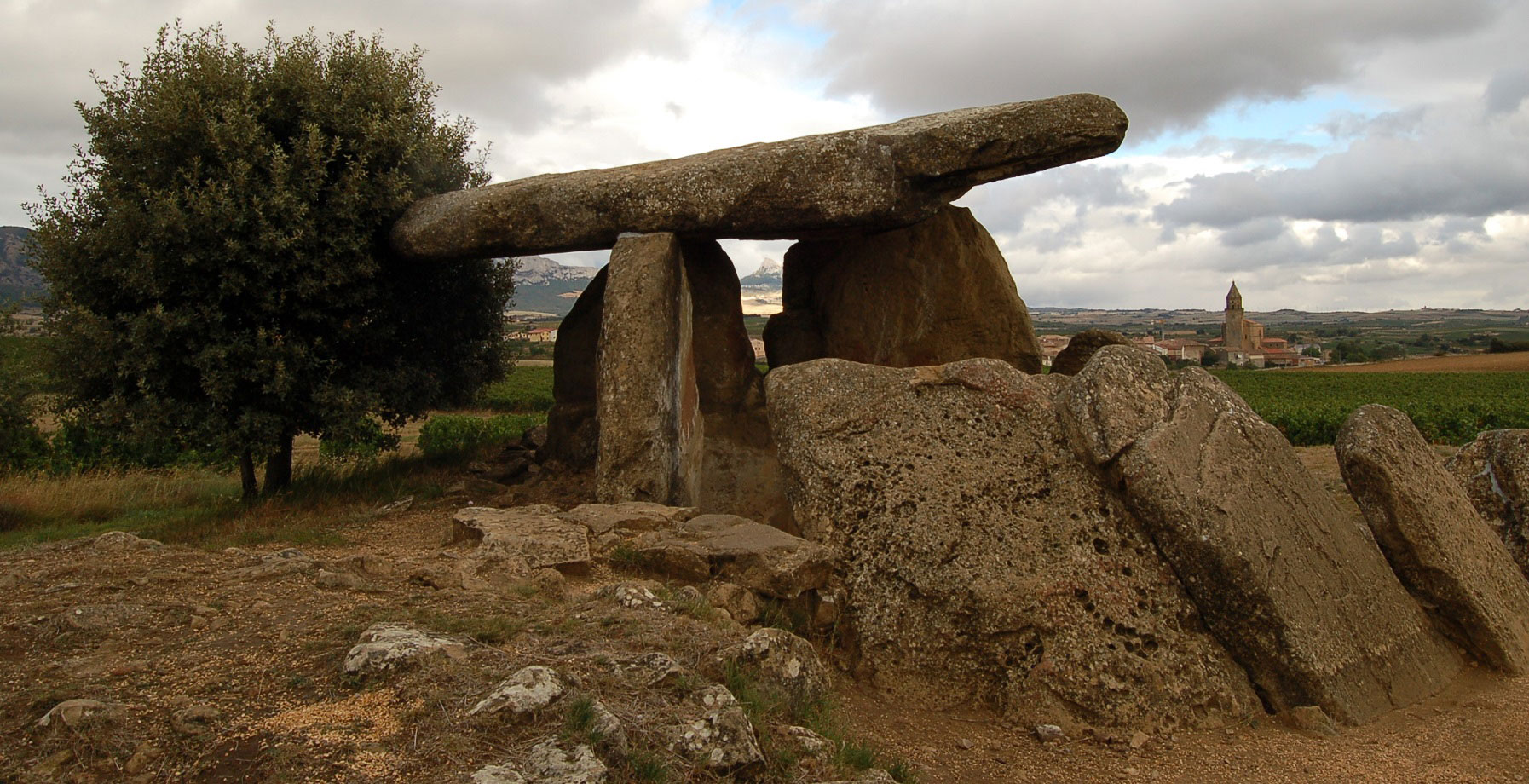 The researchers’ isotopic analysis of both megalithic graves and caves suggests a similar C3 plant-based human diet, mostly consisting of wheat and barley, as well as a substantial amount of protein from cattle and sheep.
News: Anthropology
Isotopic analyses link the lives of Late Neolithic individuals to burial location in Spain
Study published in the open-access journal PLOS One
by Archaeology Newsroom - Friday, 29 September 2017

An isotopic analysis of megalithic graves and caves in Spain may suggest the existence of a degree of differentiation in the lifeways of people buried in these different funerary sites, according to a study published on September 27, 2017 in the open-access journal PLOS One by Teresa Fernández-Crespo and Rick Schulting from the University of the Basque Country, Spain and the University of Oxford, UK.

Previous research on the burial practices of the Western European Neolithic has revealed variation in burial location and treatment, but their significance is difficult to interpret. To further investigate the meaning behind different burial practices within the same location and period, the authors of the present study analyzed the bone collagen carbon and nitrogen isotope measurements of 166 individuals from a series of broadly contemporary Late Neolithic (3500 to 2900 cal BC) mortuary monuments and caves, closely situated together in north-central Spain.

The researchers’ isotopic analysis of both megalithic graves and caves suggests a similar C3 plant-based human diet, mostly consisting of wheat and barley, as well as a substantial amount of protein from cattle and sheep. However, the study surprisingly reveals significant carbon isotope differences between people interred in both funerary site-types. These differences seem to be correlated with elevation, temperature, and precipitation, implying that land use was partitioned on a surprisingly local scale.

The authors propose two possible explanations. The first is that this division of land could indicate different socioeconomic classes within the same community, with the lower classes being interred in caves with restricted access to agricultural resources, while the individuals of higher status in the community were buried in monumental graves whose construction would involve a considerable investment of labor. Alternatively, they also consider the possibility that this partitioning of the landscape may involve different populations performing different funerary practices and following distinct subsistence economies in some respect.

Further research on tooth dentine and enamel will explore the age at which the isotopic differences first appeared and investigate different patterns of mobility and landscape-use in the study area. This study offers new insights into different mortuary practices and specifically how they related to lifeways, particularly dietary and subsistence practices, and implications for the emergence of socioeconomic inequality in the Western European Neolithic.

“Using carbon and nitrogen stable isotope analysis of human and animal remains, our study has identified meaningful differences between those buried in caves and megalithic graves in the Late Neolithic of north-central Spain,” says Teresa Fernández-Crespo. “This implies that, despite living in close proximity, these communities had distinct lifeways involving a partitioning of the landscape.”