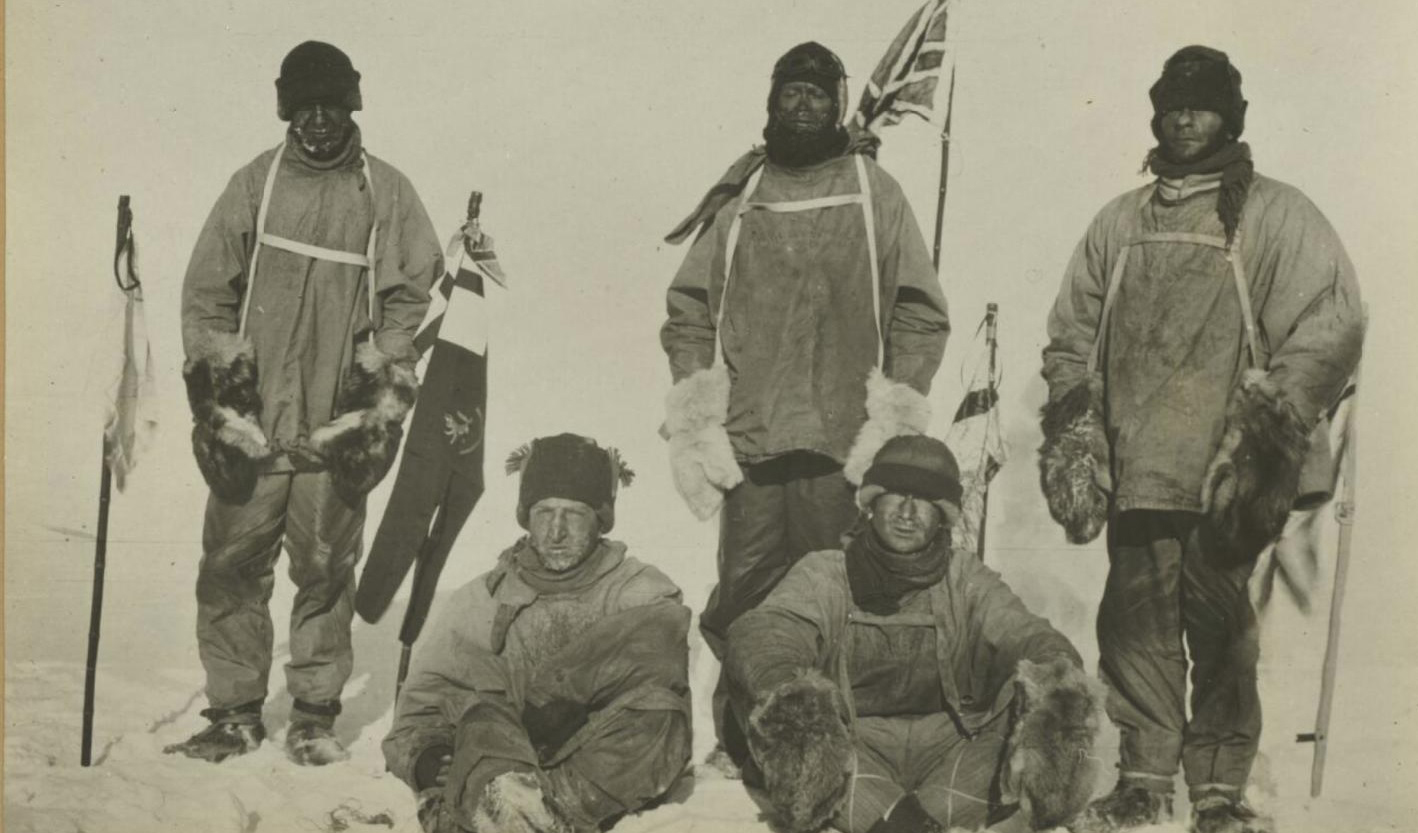 Scott and his team who all died on the return from the South Pole. Credit: National Library
News: History
Did Teddy Evans fatally undermine Scott of the Antarctic?
The new documents suggest deliberate sabotage
by Archaeology Newsroom - Monday, 9 October 2017

The tragic death of Scott of the Antarctic and four companions on the return of his scientific expedition to the South Pole in 1912, has long been blamed on poor planning by Scott.

But the discovery of new documents by University of New South Wales researcher Prof Chris Turney revealed in the journal Polar Record show how the actions of another expedition member brought about their deaths and why it has been covered-up for over a century.

Through patient detective work, Prof Turney found documents that reveal how the second in command, Lieutenant Edward (Teddy) Evans, later the 1st Baron Mountevans, crucially undermined Scott – stealing rations from food depots and failing to pass on orders to a dog sled team that would have brought Scott home safely.

“The new documents suggest at the very least appalling leadership on the part of Evans or at worst, deliberate sabotage, resulting in the death of Scott and his four companions,” said Prof Turney.

“The documents also show how public records were altered in later recounts of the expedition and why a Committee of Inquiry into the expedition was rapidly shut down almost before it began.”

Early on multiple members of Scott’s expedition developed doubts about Lieutenant Teddy Evans’ role as second in command. Scott himself described Evans in letters as “not at all fitted to be second-in-command,” and promised to “take some steps concerning this”.

It is likely one of the reasons that Scott sent Evans back to base before he pushed on to the South Pole with four companions. But on the return journey from the Pole, Scott’s expedition found rations carefully planted on the journey out had disappeared.

In addition, the updated orders Scott gave to Evans to send a dog team out to meet the returning expedition were seemingly never delivered. Instead Scott and his team were left to die alone and starving in a blizzard.

The documents uncovered by Prof Turney reveal how Evans had a history of taking more than his share of supplies and how public statements were changed to deflect blame from Evans’ role in the missing rations after Scott’s death.

It even uncovers why the President of the Royal Geographical Society, Lord Curzon, decided not to hold a public committee of inquiry.

“For too long Scott has been held responsible for the death of himself and the men of his party who made the fateful expedition to the South Pole,” said Prof Turney.

“These new documents tell a very different story about how Scott’s planning for the expedition was undermined, reveal that his orders were fatally ignored and why the man who arguably contributed the most to his death was never held accountable for his actions.