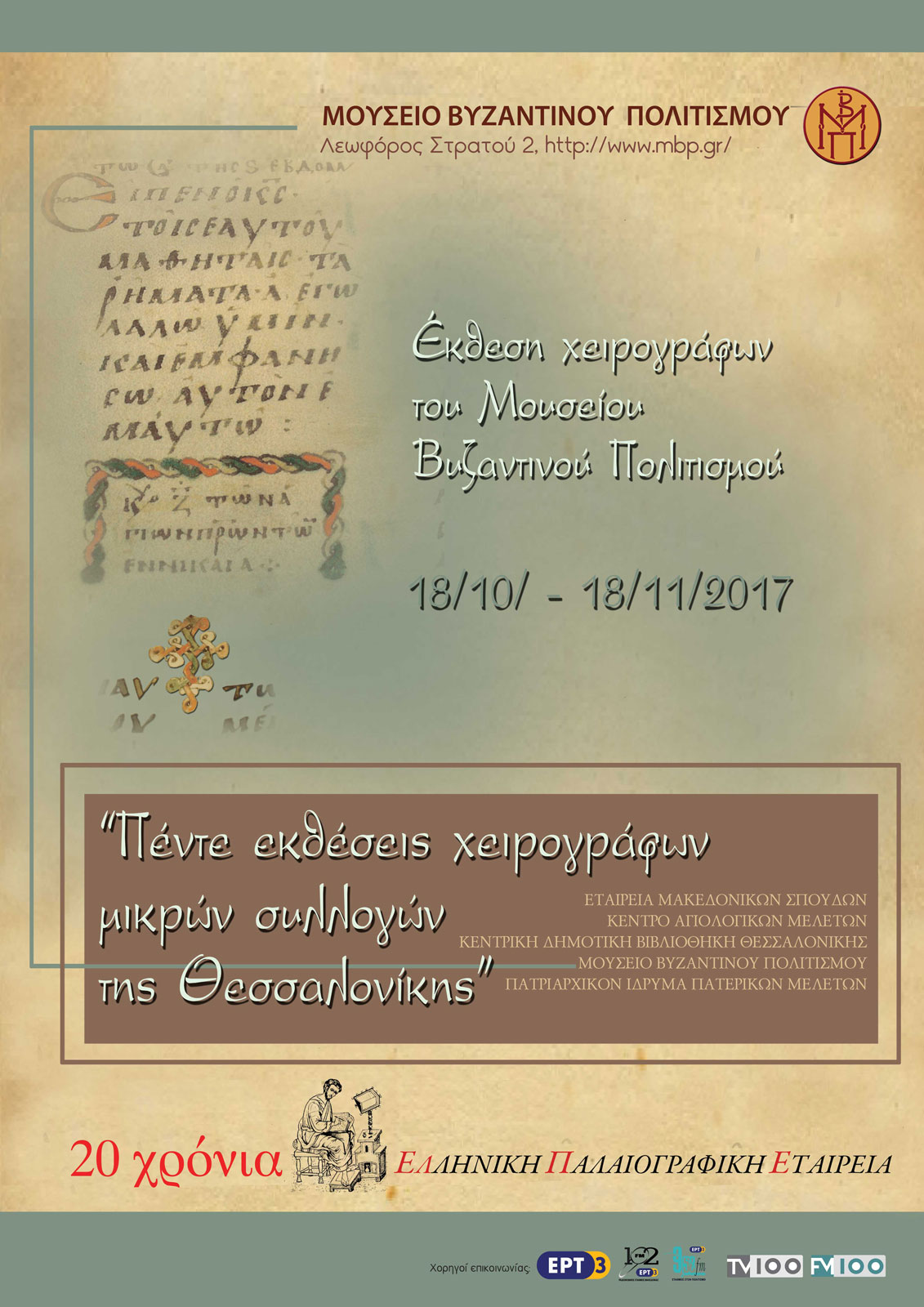 The poster of the exhibition.
News: Exhibition
Exhibition of manuscripts of the Museum of Byzantine Culture
On the occasion of the 20 years since the inauguration of the Greek Palaeography Society
by Archaeology Newsroom - Thursday, 19 October 2017