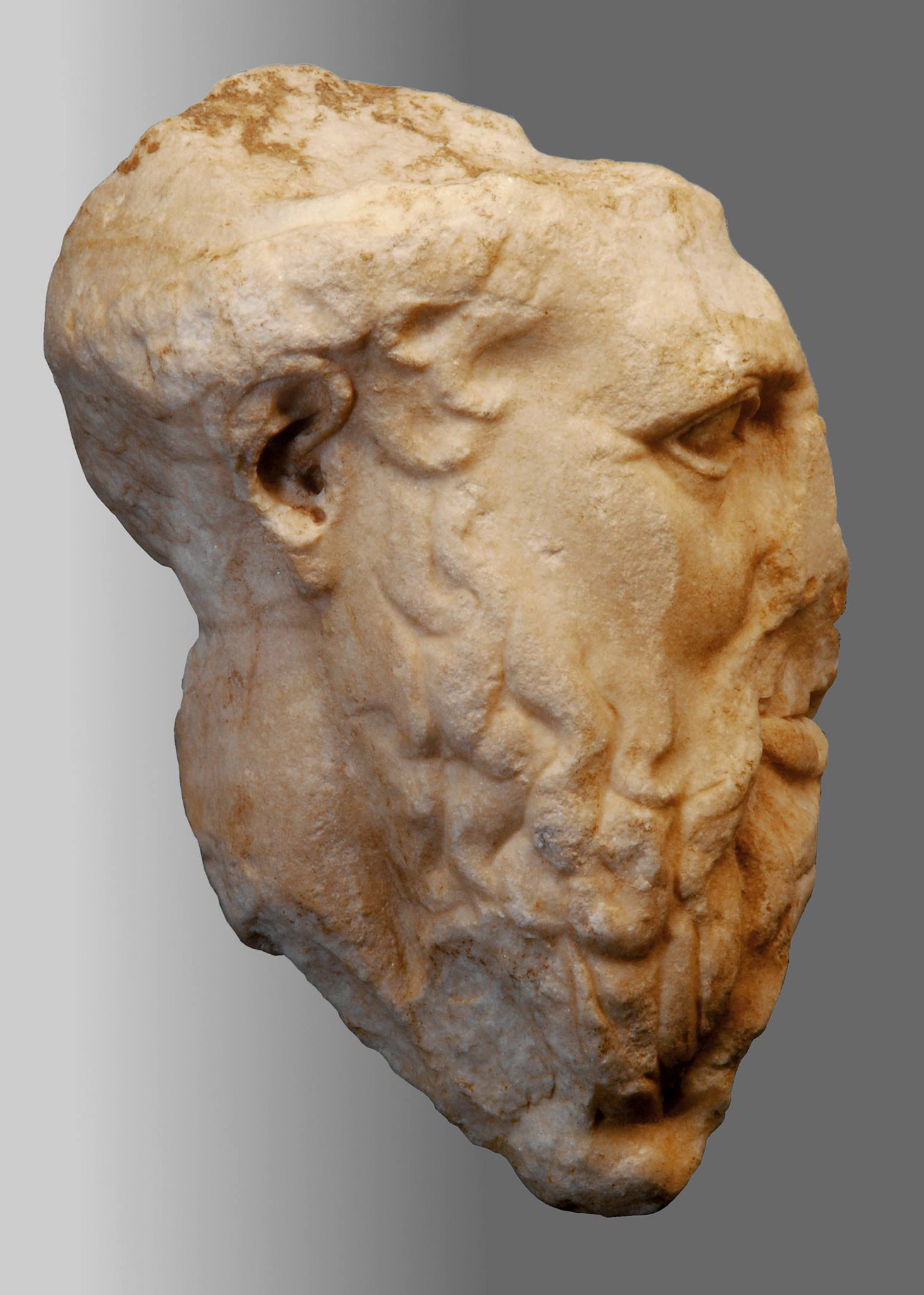 The centaur's head.
News: Repatriation of Antiquities
German museum asked to return centaur’s head from Parthenon
By the International Association for the Reunification of the Parthenon Sculptures
by Archaeology Newsroom - Thursday, 18 January 2018

An international group advocating the return of Parthenon sculptures asks that a centaur’s head from Parthenon, which has been an exhibit at the Martin von Wagner Museum in the University of Würzburg (Germany) for the past 160 years, be returned to Greece. However, the University refuses to give the item back.

The centaur’s head is more than 2,400 years old. It was part of the Parthenon Southern Metope 5 and is attributed to the sculptor Pheidias.

According to Bayerischer Rundfunk it was shipped to Great Britain in the beginning of the 19th c. “under dubious circumstances” along with other Parthenon sculptures. Somehow the centaur’s head came to Würzburg, where it was acquired by Martin von Wagner, the antiquarian and artistic agent of Bavarian King Ludwig I, who “probably not knowing that the head was part of a Greek temple,” BR adds. In 1857 Wagner left his collection to the University of Würzburg.

Now the Switzerland-based International Association for the Reunification of the Parthenon Sculptures seeks the head’s repatriation to Greece.

“We receive letters regularly from Switzerland,” Jochen Griesbach, archaeology professor at the University of Würzburg and museum director told the Athens-Macedonian News Agency. But the answer, according to Griesbach, is always the same: They cannot return the item, as this would be in violation of Wagner’s request that the centaur’s head not be sold or given to anyone else. Griesbach also underlined that the document containing Wagner’s request, which dates back to 1858, is in the university’s archive.