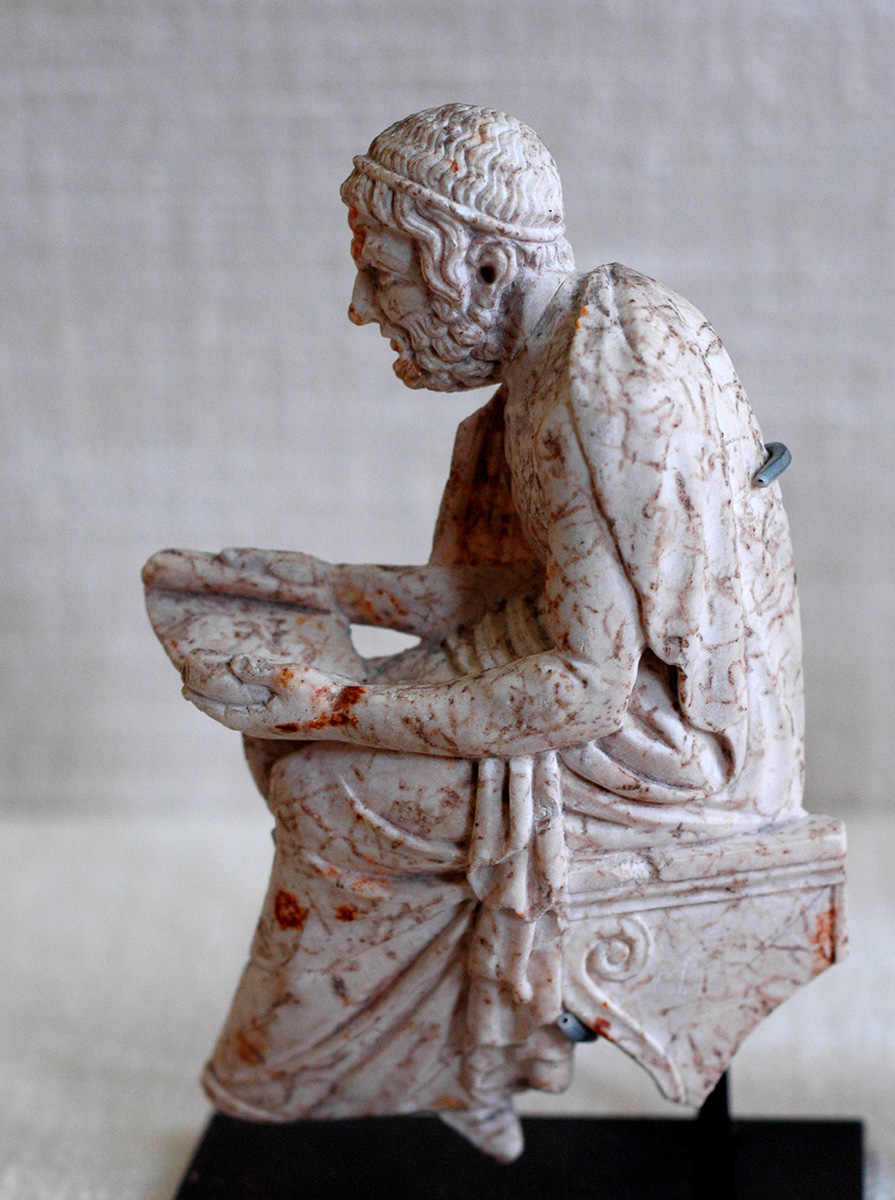 A marble relief of a poet, perhaps Sophocles.
:
Theatre and Autocracy in the Ancient World
by Archaeology Newsroom - Thursday, 1 February 2018

Theatre and Autocracy in the Ancient World: a Conference to be held at the University of Sydney in July.

Plato claimed that poets of tragic drama ‘drag states into tyranny and democracy’. The word order is very deliberate: he goes on to say that tragic poets are honoured ‘especially by the tyrants, and secondly by the democracies’ (Republic 568c). For more than forty years scholars have explored the political, ideological, structural and economic links between democracy and theatre in ancient Greece. By contrast, the links between autocracy and theatre are virtually ignored, despite the fact that in the first 200 years of its existence more than a third of all theatre-states were autocratic. For the next 600 years, theatre flourished exclusively in autocratic regimes. The conference brings together experts in ancient theatre to undertake the first systematic study of the patterns of use made of the theatre by tyrants, regents, kings and emperors. For two generations theatre has, as an instrument of mass communication, been characterised as ancient democracy’s supreme cultural artefact. Our conference will explore the historical circumstances and means by which autocrats turned a medium of mass communication into an instrument of mass control.

Registration and attendance is free.