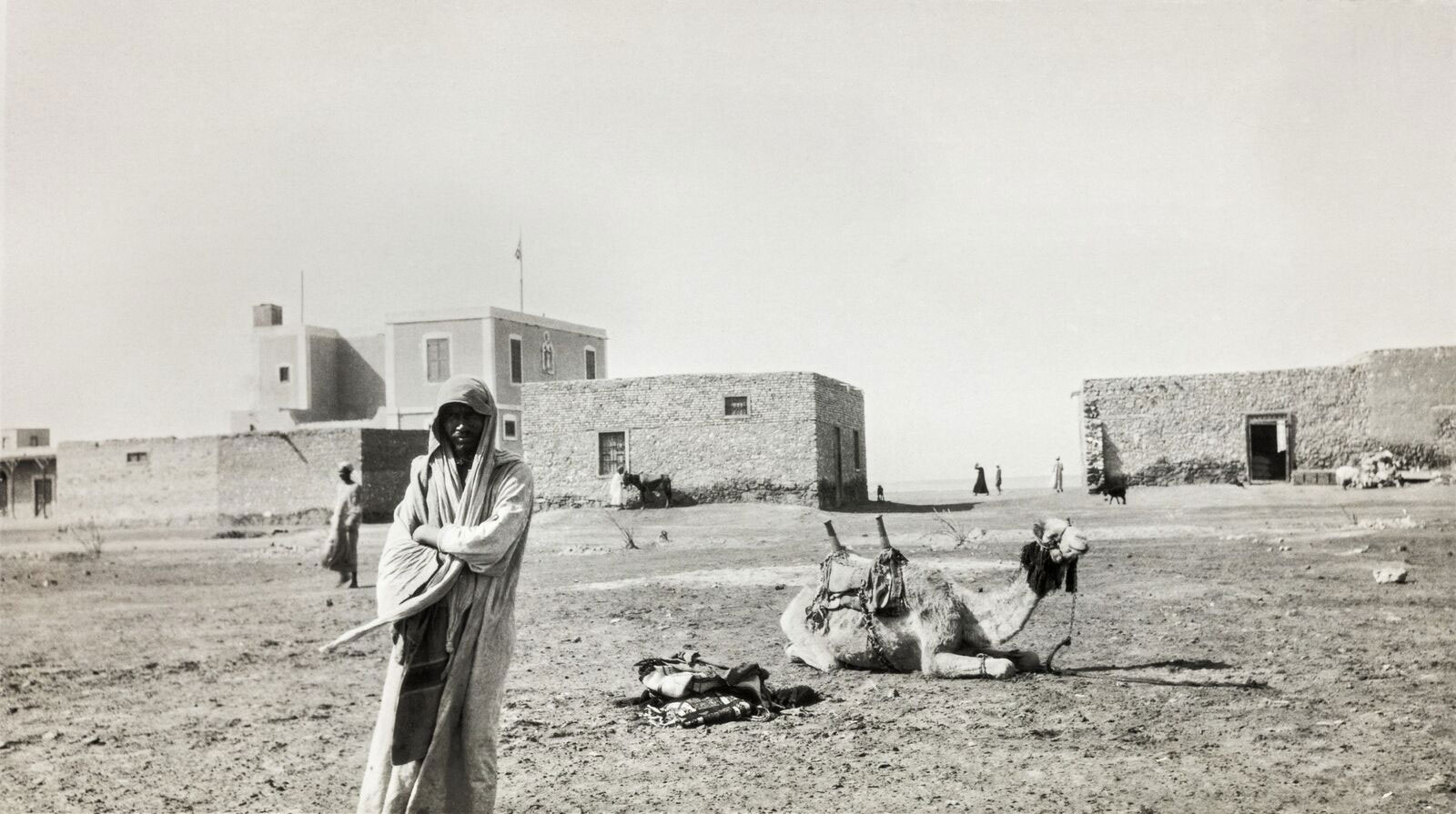 An exhibition dedicated to the seminal Swiss photographer Fred Boissonnas opens today at the Benaki Museum / Pireos 138.  The exhibition will be open until Sunday 20 May 2018.

The Swiss photographer Frédéric (Fred) Boissonnas (1858‒1946) was invited to Egypt in 1929 by King Fuad I to gather photographic material for a major book commission, the lavish book Égypte[Egypt], published in Geneva in 1932. Travelling with his compatriot publisher and author Paul Trembley, he toured the country for eleven months creating images that referenced Egypt’s long history as well as its identity as a newly-founded state.

In May 1933 Fred Boissonnas returned to Egypt on what would be his final photographic campaign. He visited anew the Sinai peninsula and Saint Catherine’s Monastery following the route of the Israelites as it is recorded in the biblical ‘Exodus’. The images he produced in this trip and his extensive handwritten notes were to provide material for another publication, similar to Égypte, provisionally titled Au Sinaï [To Sinai]. Despite Boissonnas’s efforts, the book was never published.

The exhibition ‘Fred Boissonnas in Egypt’ focuses on his photographic oeuvre for these two books and traces the evolution of the acclaimed photographer’s aesthetic. The painterly and atmospheric images of the book deriving from his first trip are in dialectic relationship with his photographic experimentations at Mount Sinai a few years later.

The Sinai photographs, rugged mountain ranges and limitless deserts, became for Boissonnas an exploration of the Mediterranean origins, from the Hellenic to the Hebraic, and from Judaeo-Christian heritage and the beginnings of monotheism to the prehistoric era, when the Sinai terrain was being formed. By then in his seventies, Boissonnas seems to develop a more direct approach focusing on geometric abstraction, oblique angles and dramatic light conditions.

François Frédéric Boissonnas (1858-1946), known as Fred, was born in Geneva on 18 June 1858 into a family of professional photographers. His father, Henri-Antoine Boissonnas (1833‒1889), had turned to photography to escape an economic crisis in watch-making during the 1850s and had set up his Geneva studio in 1860.

Fred’s younger brother, Edmond-Victor (1862‒1890), was a talented chemist who gained recognition for his orthochromatic plate system at the Vienna World Fair of 1882. Fred himself was awarded a Gold Medal at the Paris World Fair of 1900 for his technically advanced photographs of Mont Blanc.

Professional photography in the 19th century was a difficult business, constantly dependent on balancing expense and evolving technical demands with the whims of the client. Both strands of activity were subject to constant change. Despite such challenges, the Boissonnas family business established an international reputation,opening studios in Paris, Lyon, Marseille, Reims and St Petersburg.

Brought up within the stricter conventions of 19th-century commercial photography and with the need to appeal to local clientele for the survival of the family business, Fred Boissonnas had to balance the complicated demands of exhibition work and publishing projects. It was to be in travel and in capturing the sense of place that he found his true métier. This was first visible in his exploration of the Swiss alpine landscape (a subject complemented by his love of climbing) and later, with explorations further afield, in Greece and the Balkans.

In the collections of photographs and descriptive texts emerging from these projects, there runs a recurring fascination with the ways in which the past can be manifested in contemporary life, with the contrast between the ephemeral and the eternal, the modern and the ancient.