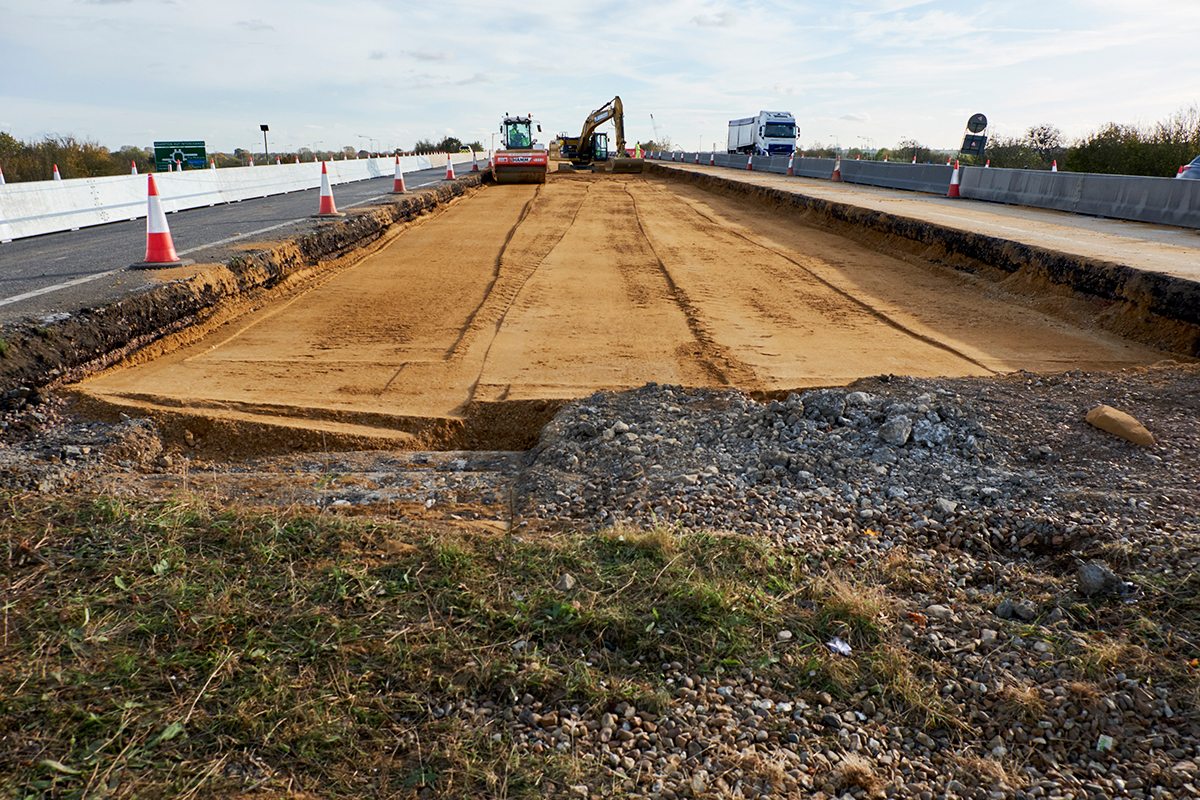 The sites have been uncovered by archaeologists working on Highways England’s £1.5bn scheme to upgrade the A14 between Cambridge to Huntingdon.
News: UK
Archaeology shines light on 6,000 years of history
A Roman trade distribution centre, an abandoned medieval village and three prehistoric monuments
by Archaeology Newsroom - Thursday, 29 March 2018

The sites have been uncovered by archaeologists working on Highways England’s £1.5bn scheme to upgrade the A14 between Cambridge to Huntingdon.

In total, around 350 hectares have been excavated – an area around half the size of Gibraltar – making it one of the biggest and most complex archaeological projects ever undertaken in the UK.

The finds mean experts now have a much better understanding of how the Cambridgeshire landscape was used over 6,000 years of occupation.

Dr Steve Sherlock, archaeology lead for the A14 Cambridge to Huntingdon project for Highways England, explains:

“Highways England is delivering the biggest roads investment in a generation, and we are committed to conserving and where possible enhancing the historic environment.

“In the context of a project like the A14 Cambridge to Huntingdon improvements, that means undertaking archaeological excavations to ensure we record any significant remains that lie along the 21-mile route. The archive of finds, samples and original records will be stored so that the data and knowledge is preserved for this and future generations.

“We now have the evidence to rewrite both the prehistoric and historic records of the area for the last 6,000 years.”

The approach to archaeology on the A14 underlines Highways England’s approach to protecting the country’s cultural heritage. Elsewhere, on the A1, work on another road upgrade recently uncovered new evidence pointing to Roman occupation in northern England earlier than previously thought.

Highways England is required by law to agree plans for how a scheme will deal with the effects it will have on its immediate environment, including local communities, wildlife and plants, and also any archaeological finds that may be found ahead of starting work on any new road or major upgrade.

On the A14 scheme, some 250 archaeologists led by archaeology experts MOLA Headland Infrastructure have dug more than 40 separate excavation areas, uncovering new information about how the landscape was used over 6,000 years and about the origins of the villages and towns along the A14 in Cambridgeshire today.

With most of the archaeological programme now being completed, finds so far date from the Neolithic, Bronze and Iron Ages, as well as Roman, Anglo-Saxon and Medieval periods. The sites uncovered include:

– A Roman trade distribution centre which would have played a pivotal part in the region’s supply chain, and was linked to the surrounding farmsteads by trackways as well as the main Roman road between Cambridge and Godmanchester. The discovery of artefacts at the site relating to the Roman army indicates that this trade was controlled centrally.

– The remains of 12 medieval buildings abandoned in the 12th century. Covering an area of 6 hectares, the entire layout of the village is discernible, with the earlier remains of up to 40 Anglo Saxon timber buildings and alleys winding between houses, workshops and agricultural buildings.

– A massive Anglo-Saxon tribal territorial boundary with huge ditches, an imposing gated entrance and a beacon placed on top of a hill overlooking the region.

– Three prehistoric henge monuments, which are likely to have been a place for ceremonial gatherings and perhaps had a territorial function. These impressive Neolithic monuments, measuring up to 50 metres in diameter, would have been very important places for our distant prehistoric ancestors. They retained their special significance over the millennia with evidence for later Anglo Saxon buildings at these sites.

Highways England has been working closely with Cambridgeshire County Council to ensure that areas of possible historical interest are investigated and preserved.

“No previous excavation had taken place in these areas, where only a few cropmarked sites indicated the presence of former settlements, but we now know that extensive, thriving long-lived villages were built during the Bronze Age, Iron Age, Roman and Saxon periods.

“The valuable contribution of the A14’s excavation programme has also been to unlock major multi-period settlements and populate what had been an empty modern agricultural belt along the A1 west of Brampton with hundreds of people over time.

“Earlier prehistoric Neolithic and Bronze Age ceremonial and burial monuments that are 5,500 and 4,000 years old, have also been investigated, but the new Roman pottery industry that has emerged from sites in the Brampton area and at the new Great Ouse bridge sets apart the host sites from others traditionally dug in the county.”

“The fast-paced archaeological excavations have been extremely challenging, especially during this relentlessly wet winter, but a very large, hardy team of British and international archaeologists successfully completed sites in advance of the road crews taking over to build the road structures.”

“There is still more to do, but we want to share the archaeologists’ excitement over what they are finding with the wider public and hope that they will enjoy the ongoing displays and interpretation that will be a legacy of this national infrastructure project.”