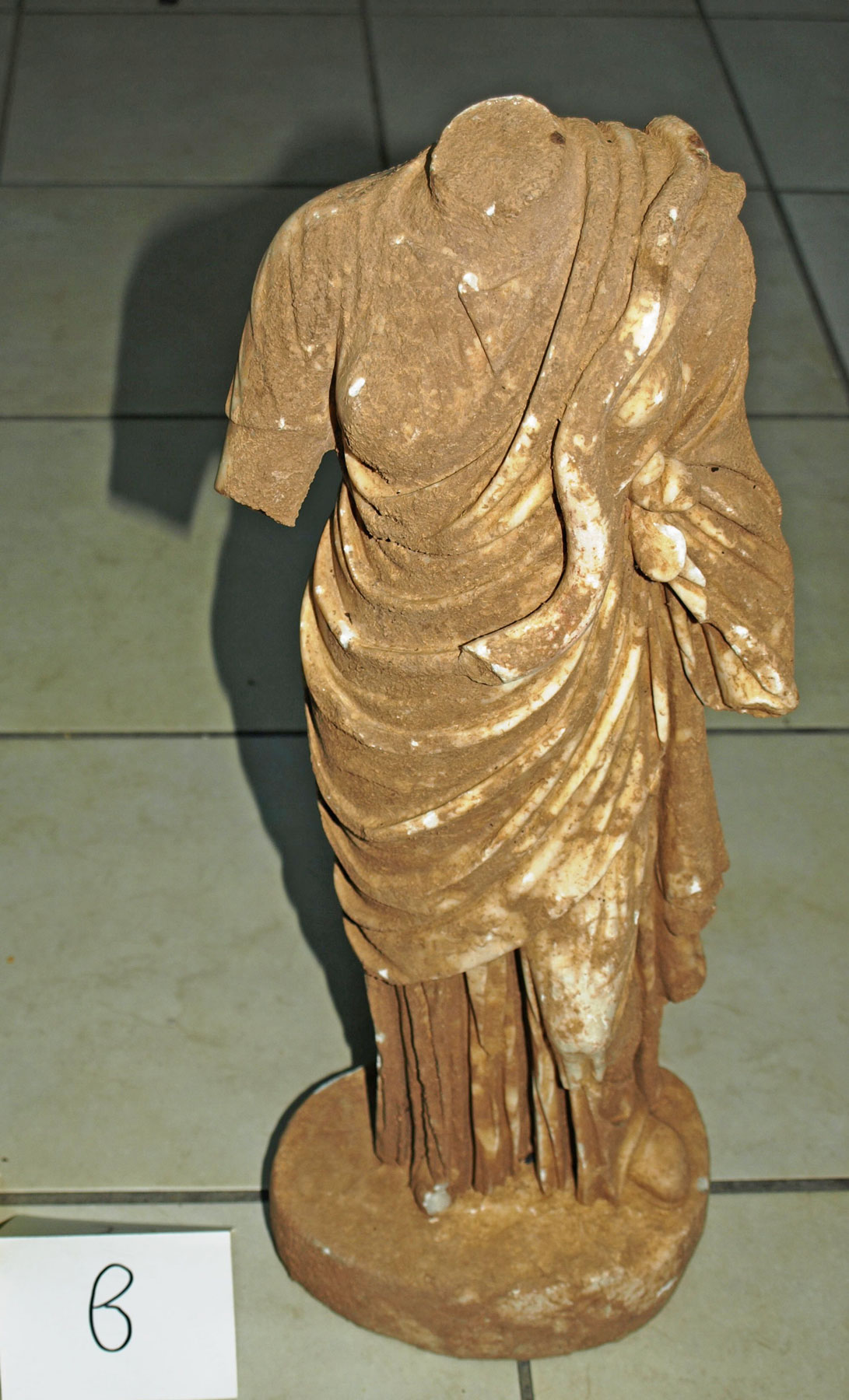 In Sparta, Laconia, on March 23, 2018, following a combined operation conducted by the Department of Cultural Heritage and Antiquities of the Attica State Security Directorate, among other things to be confiscated  were ancient artefacts which fall under the provisions of the law “For the Protection of Antiquities and of Cultural heritage in general”.

According to a report by the Ministry of Culture and Sports: “The most important item to be confiscated is a 55cm high marble statuette of the goddess Hygieia, missing its head and hands.”

The goddess is depicted facing the front, attached to an ellipsoidal plinth. From the way the neck is broken off, she must have had her head turned to the right. She treads firmly on her right leg, while the left is relaxed, bent at the knee and placed sideways. She wears a short sleeved chiton with a hymation over it. On her left breast and down her front is part of a snake descending from her back, which would be going towards the goddess’s right hand holding a bowl out of which the snake would be eating. On the left, lowered hand, she would be holding some symbolic object by which to be identified.

The statuette belongs to the type known as the Hope Hygieia and is a miniature copy from late Hellenistic-early Roman times after a large original of the 4th century BC.

The antiquities have been handed over to the care of the Archaeological Museum of Sparta and an Evaluation Committee of three members will be set up to determine their value.

Three people, a 44, 48 and 57 year old, have been arrested in connection with this case. When investigating their homes in Sparta the following artefacts were also found and confiscated; a broken loom weight and the handle of a Hellenistic black glazed vase as well as the tip of a lid from the Roman era. With the case filed against them, the arrested persons were brought before the Prosecutors Office and charged with a grave criminal offense while being referred to investigation proceedings.