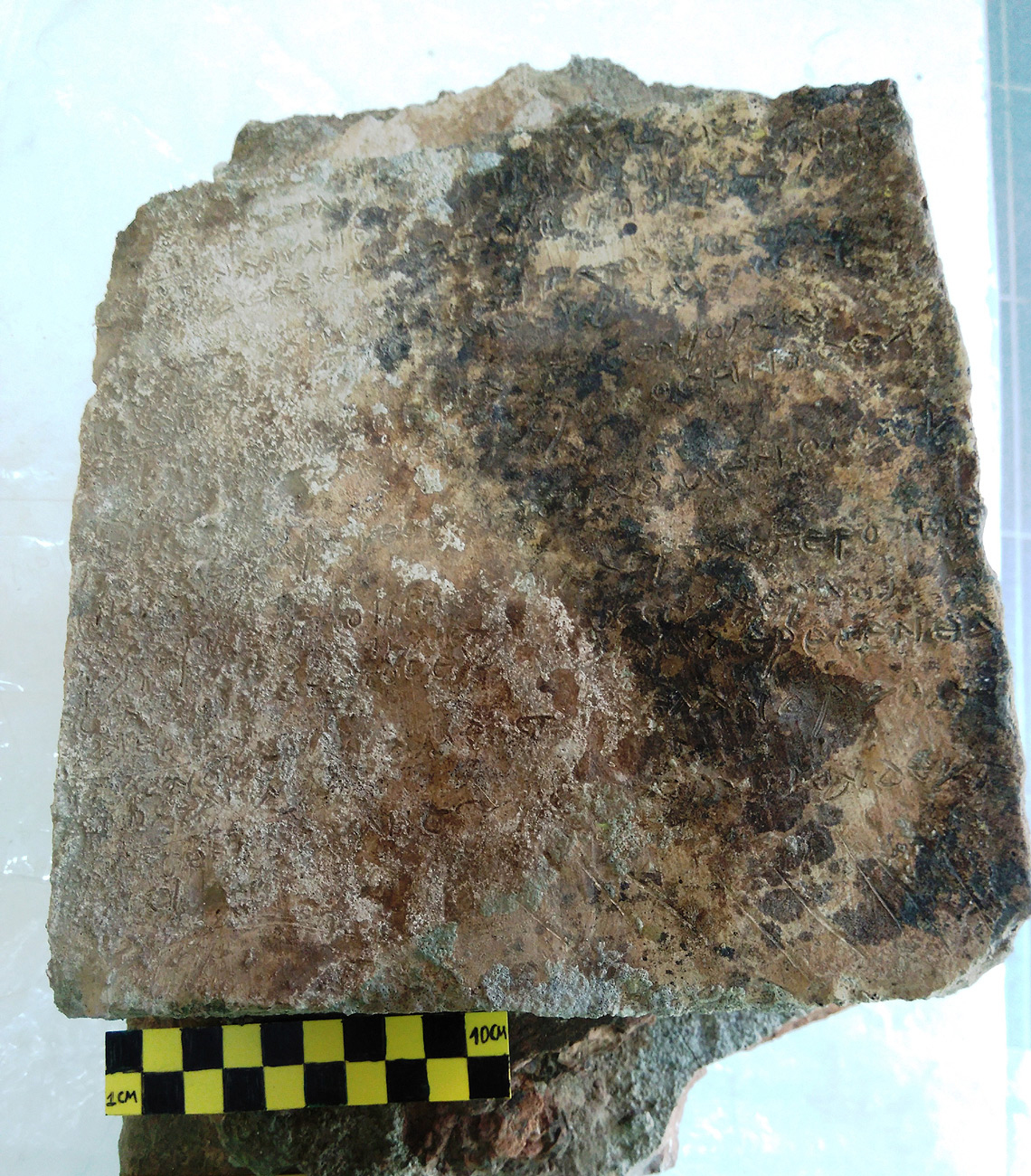 The clay plaque.
News: Greece
Clay tablet found in the area near Olympia
It preserves 13 lines of Book 14 of Odyssey
by Archaeology Newsroom - Tuesday, 10 July 2018

During the surface geoarchaeological survey, in the framework of the 3-year research programme entitled “The multidimensional space of Olympia”, conducted at sites around the sanctuary, under the direction of Dr. Erofili-Iris Kolia, director of the Ephorate of Antiquities of Ilia in collaboration with professors Franziska Lang, Birgitta Eder, Andreas Vött and Hans-Joachim Gehrke of the German Archaeological Institute and the universities of Darmstadt, Tübingen and Frankfurt am Mainz, a particularly important find has been located and retrieved. In particular, at a site near the Olympia sanctuary, with remains of the Roman era, a clay tablet with an insiced inscription has been found. After the recent completion of its restoration at the Ephorate’s lab in Ilia, it has been discovered that it preserves 13 lines of Book 14 of the Odyssey (Odysseus talks to Eumaeus) and according to our preliminary estimation it can be dated to the Roman era, probably before 3rd c. AD.

We underline the fact that should this preliminary dating be confirmed during the systematic survey of the inscription, which has already started, then the clay tablet preserves maybe the oldest preserved written passage of the Homeric epic poems that has come to light and apart from its uniqueness it is a significant archaeological, epigraphical, philological and historical indication.