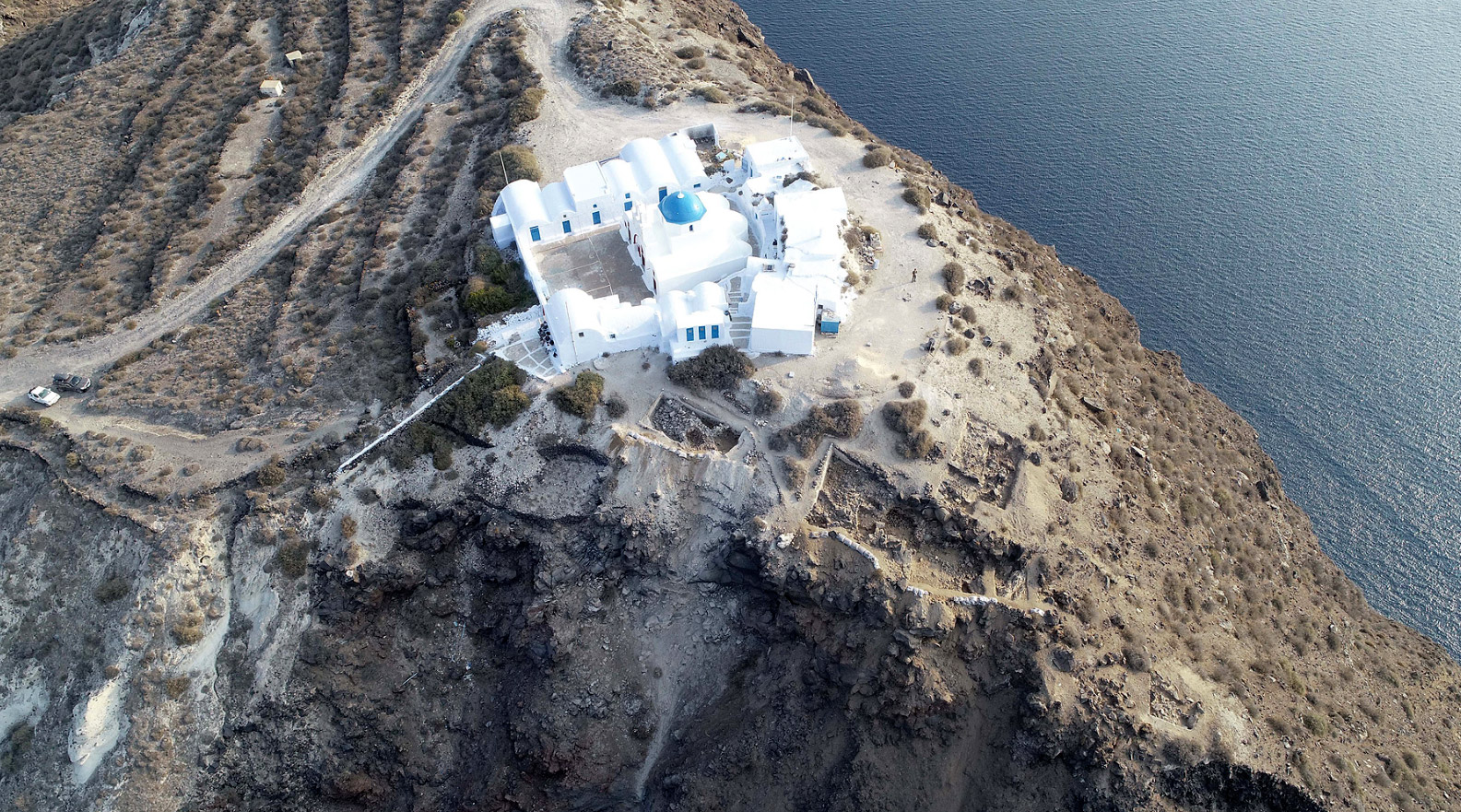 • Excavation trenches on the south and southeast section of the hill, on the brow of the caldera (photo: Ephorate of Antiquities of the Cyclades).
News: Excavation
Important finds from Therasia
In the prehistoric settlement at the site of Koimisi
by Archaeology Newsroom - Wednesday, 24 October 2018