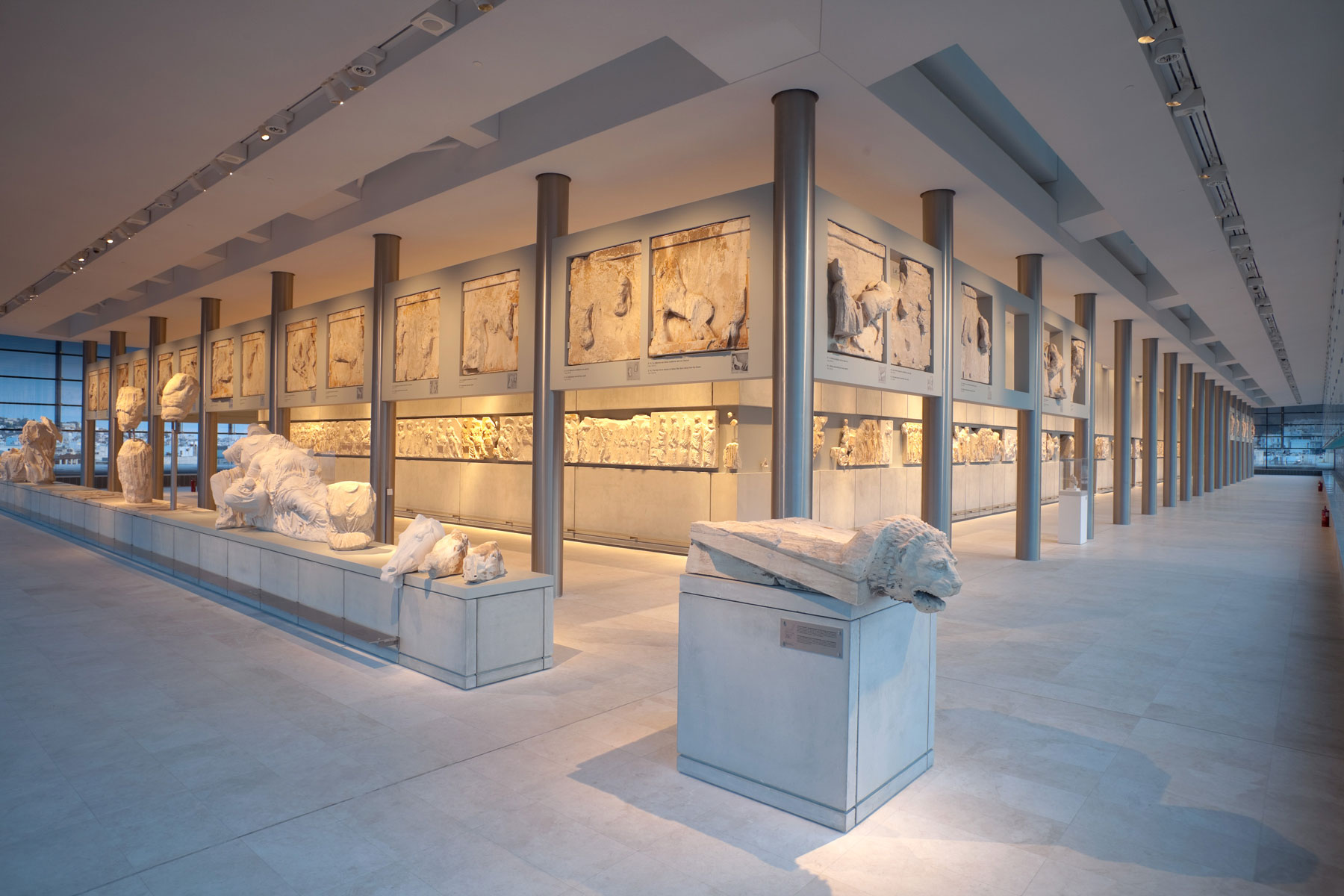 The Hall of the Parthenon. ©Acropolis Museum. Photo: Nikos Danielides.
News: Culture
D. Pandermalis ‟The return in full of the Parthenon marbles is the only solution”
Speaking on German public radio
by Archaeology Newsroom - Monday, 4 February 2019

In its programme ‟Dispute on the issue of the looting of the Acropolis” the German public radio Deutshclandfunk broadcast an interview with the Acropolis Museum director. The following are mentioned on its webpage:

‟Once, the sculptures were part of the Parthenon on the Acropolis, until Lord Thomas Elgin transferred them from Athens to London 200 years ago″, says Head of the Acropolis Museum Dimitrios Pandermalis on the German radio: ‟Their return in full is the only solution. Everything that is inextricably linked to the monument must be reunited”.

“The ‘Elgin Marbles’ is the shortened version of the name for over 50 marble sculptures once part of the Acropolis Parthenon and transported from Athens to London by the Scottish noblemen, Lord Thomas Elgin in the early 19th century. He sold them to the British Museum for a fraction of the price he had paid the Ottoman authorities. The fact that the frieze cannot be admired as a whole has, for a long time now, become the cause for the campaign for the marbles’ return, as well as the cause of legal differences between Greece and Great Britain. The British Museum does not have the authority to make this decision – the UK Parliament does, but recent comments made by the former’s head Hartwig Fischer to a Greek newspaper sparked a debate on the demand for the return of the works of art. According to these comments, Mr Fischer was not even prepared to send the cultural treasures on loan to Athens.

For Mr Pandermalis however, the case is clear: ‟The British Museum does not own the sculptures”. That is why there is no issue of their loan but of their return. The fact that the sculptures were divided for a part of them to be exhibited in London ‟was not the proper way of treating the monument because they are an integral part of it”, said Mr Pandermalis and added that ‟his museum would gladly offer something to the British Museum in exchange for the sculptures’ return”.

For the time being, the “Bring them back” campaign is trying to collect the required number of one million signatures to submit the request for the marbles’ return to the European Court of Justice. Answering the question as to whether an international court should decide on this issue, Mr Pandermalis says “Personally I believe that we can, with possibly difficult but constructive discussions, find a solution among ourselves. It is not a matter of someone winning or losing”.